Continuing her quest to get rid of her life draining powers, Killer Frost awakens to find her wish finally come true! Revealing her news to the team doesn’t give her the joy she imagines as it’s soon revealed she was betrayed by a dark and ancient power! Can the Justice League of America stop this ancient evil before it spreads across the planet? 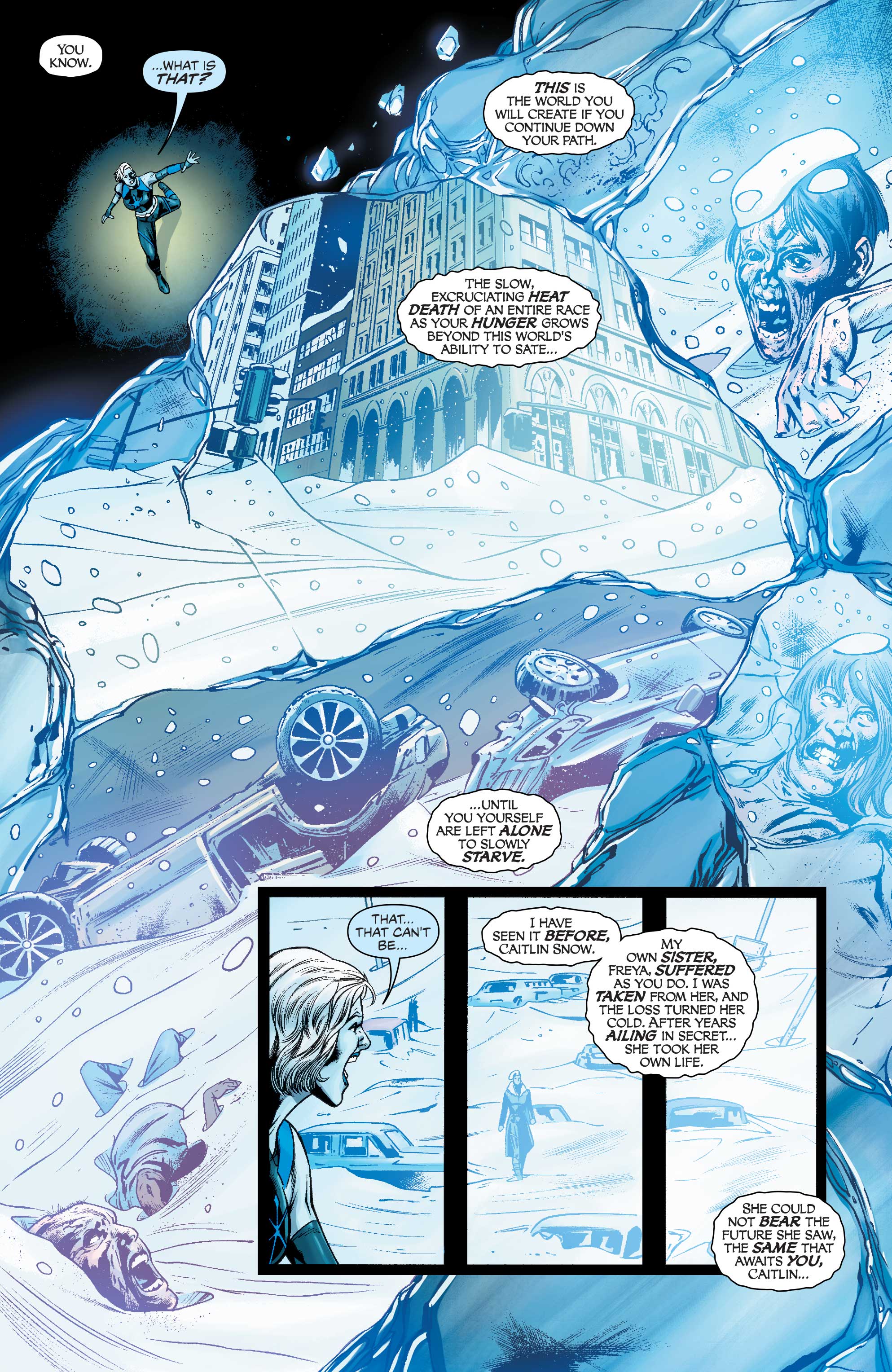 Orlando really makes you emotionally attached to Killer Frost in particular in this issue, and I loved it. Caitlin Snow has been a villain primarily, but with her introduction into the Justice League of America, she’s been becoming a hero and overall better person. This particular issue sees Frost’s worst nightmare as she dreams of a lifeless, frozen world where she’s sucked all of the life from everything. Thinking that she has to save the world from this future threat, an ancient sorcerer queen entices Frost with the removal of her powers and of course Caitlin accepts. 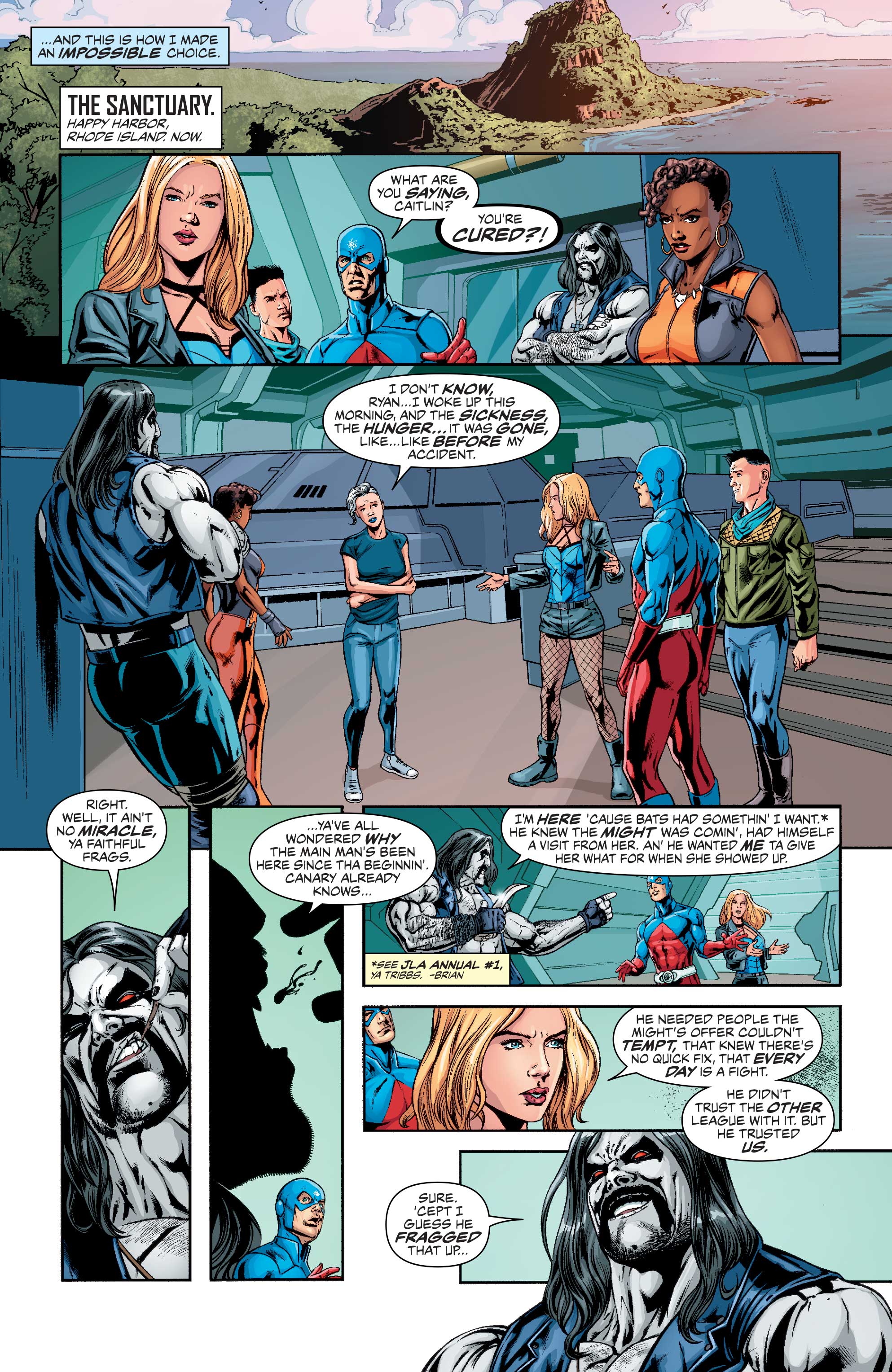 I have no complaints about the overall story of this book at all. Killer Frost feels like she’s saving the world and herself as well from the future of a desolate ice age. This sorcerer queen however I believe is at the center of these visions, and perhaps she’s preying upon Caitlin’s fears about her powers to in turn fuel her magic. This mysterious queen seems to resemble the Queen of Hearts from Alice in Wonderland children’s tales, and she even says that mankind left her behind in stories and fables. 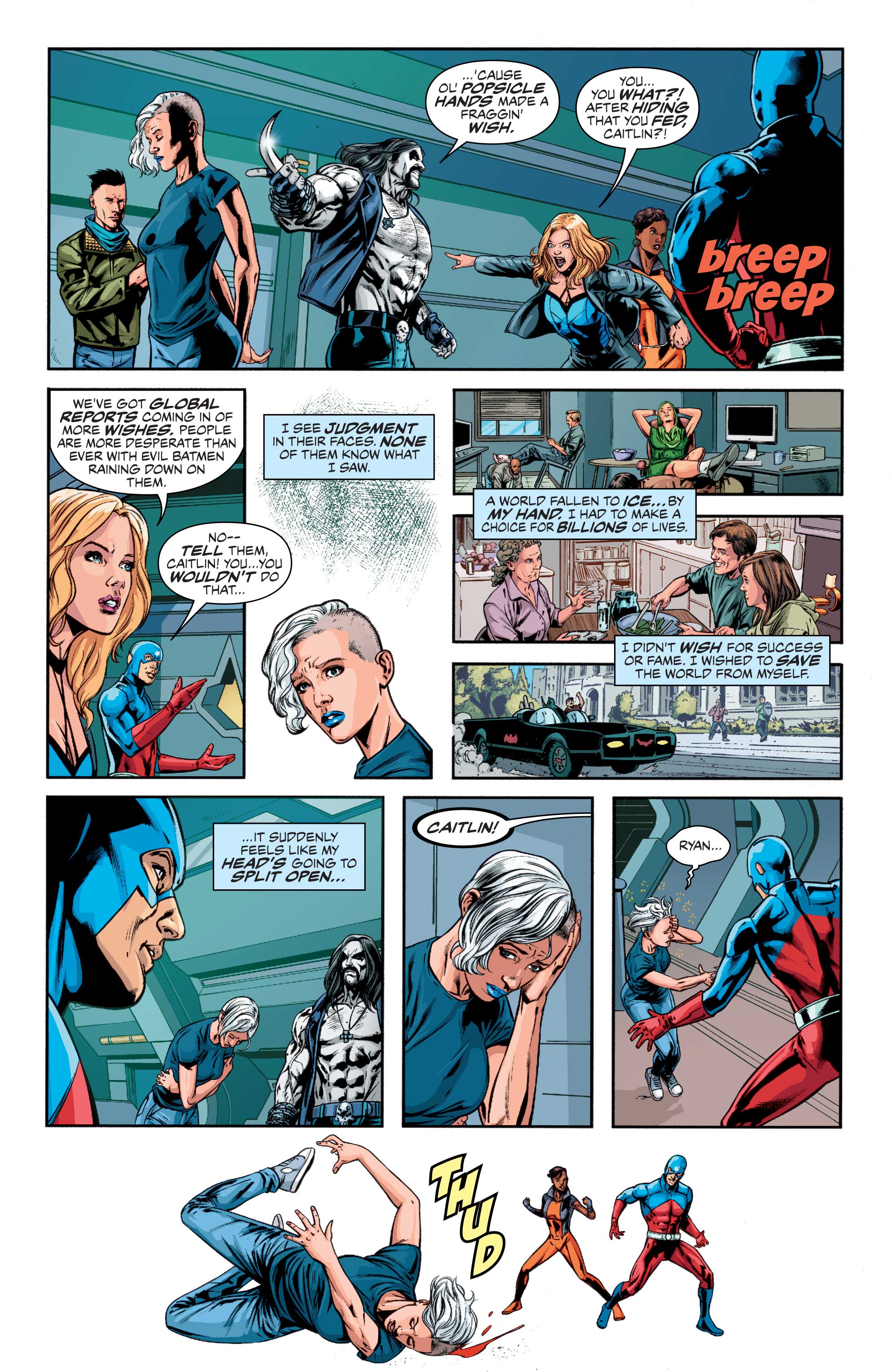 Justice League of America #22 was a great read. It’s full of action, and tells a great story that makes you really sympathetic towards Killer Frost and her condition. Orlando even ends the issue with a defeated League and a powerless Frost which makes you wonder just how can they stop someone with such powerful magic? Lobo was revealed to be Batman’s contingency plan against this sorcerer queen, however he falls just as the rest of the team does. I believe the next issue will really test the loyalties of Caitlin as she will probably have to be the deciding factor in how all of his ends.

Arrow Villains Unite while Heroes are Divided in New Photos