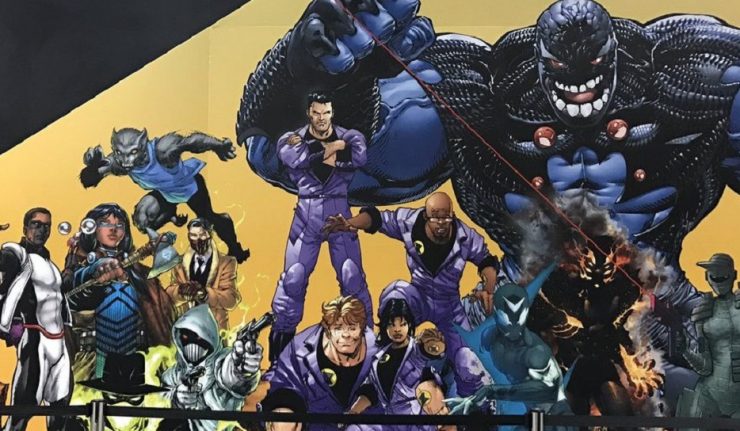 If you were a kid in the 90s, then I’m sure you will remember the following TV spot featuring several of the DCU’s most popular heroes, heroines, and villains…

The DC Universe is bigger and better than ever with the arrival of the New Age of DC Heroes — and now, DC announces two new 30-second ads spotlighting these new titles that will run on TV networks across the nation!

The first ad features DAMAGE, THE SILENCER, SIDEWAYS and THE TERRIFICS — and you can see it here!

These ads are slated to run in 40 million homes on major networks including TBS, El Rey, Syfy, Adult Swim, TruTV and TNT, and on CWTV.com and the CW app during hit TV series including Arrow, The Flash, DC’s Legends of Tomorrow, Supergirl and the brand-new Black Lightning!

Of Course these aren’t the first DC TV promos in the last 20 or so years. As a matter of fact the company did similar spots for New 52 and Rebirth. Still, a trip down nerd memory lane is always appreciated.

You can find the debut issues of the “New Age of DC Heroes” line-up — such as Damage, The Silencer, Sideways, The Terrifics, The Immortal Men, New Challengers, The Curse of Brimstone, and The Unexpected —  available at comic shops.