John Romita Jr. Drew “The Silencer” to be decidedly ‘Un-PC” 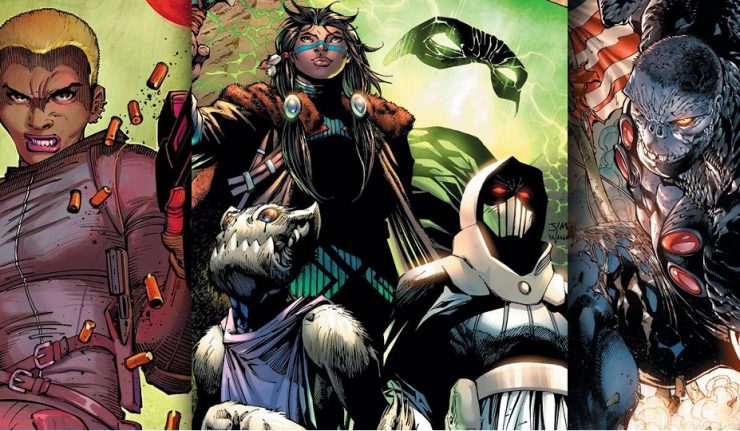 When asked about the thought process for creating, lead character in The Silencer, artist John Romita Jr. replied, “We didn’t do the standard fare and fill all the diversity and PC gaps. We just tried to do something slightly different.”  DC’s new comic The Silencer is part of a “New Age of DC Heroes,” a series of titles meant to introduce new character and comics into the DC Universe starts Honor Guest, a bad-ass former assassin that moved on to start a family and be a stay-at-home mom and wife.

John Romita Jr. drew the first three issues for The Silencer and is excited to see how readers react to this unusual new character.  When he joined the development team for DC’s “New Age of DC Heroes” last Valentines Day, he was told to bring some new ideas, and as Romita Jr. puts it, it all started with the name saying,

“I heard the name and I immediately piped up — in my modest and quiet fashion that I always talk — and I said, ‘I love that name! That’s a fantastic name!’ He said, ‘I can see this as a female Punisher.’ And the two of us began to speak across the room. And then we got together at dinner and we talked about it some more.  So Dan’s idea was ‘The Silencer,’ the name. And then we bounced it back and forth with editors and the process worked so well. It developed unbelievably.  I don’t know if it was a unique process compared to the other new titles, but this process worked so nicely and I really enjoyed it.”

After that came developing the character to which Romita Jr. said the goal was, “We didn’t want to do anything that was clichéd, which is a great attempt normally, but it’s almost impossible to do because, my god, one hundred years of comics, there’s probably going to be some derivative stuff.”  What they came up with was Honor Guest, a Polynesian ex-assassin who just wants to stay at home and be a mother, to which Romita Jr. had this today:

“I admire that for the idea, because that’s how you empower people — that’s how you empower a female character — is doing the thing that people think is not strong. Well, wait a minute! What’s wrong with being a mother and a wife? What’s wrong with being a father and a husband? So doing things converse to PC, I find fascinating. As a matter of fact, I want to be the most un-PC person in all of comics. Let’s piss everybody off.

I want [readers] to check it out because we’ve made a concerted effort to come up with a down-to-earth sort of superhero, as opposed to something cosmic.  I tend to gravitate toward those type of characters. I like it because you can add your own reality to it. And there’s enough fantasy in the character that hasn’t been explored in the first three issues. It will be, though. And leave it to Dan Abnett to make this an absolutely superb character. I’m proud of it. I’m really proud of it. She’s a great comics character. And there’s no limit to the character.”

The Silencer will debut Wednesday January 31, 2018.