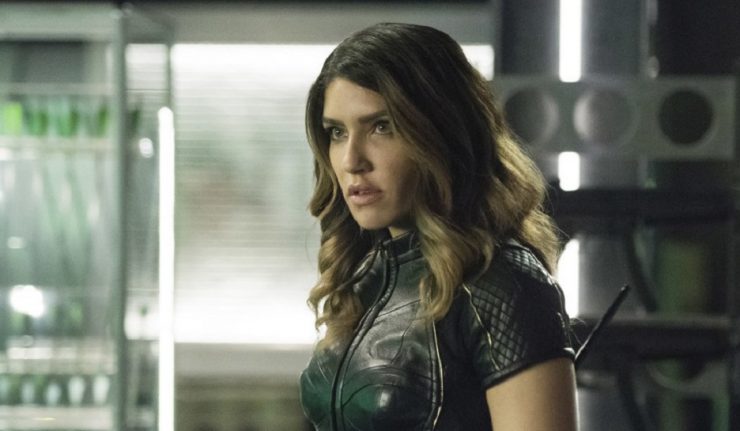 As Cayden James’ stranglehold over Star City continues, Oliver’s and Dinah’s teams struggle to coexist to find the bomb when tragedy strikes a personal blow that changes everything.

Let’s get into the focal points of this episode that highlight the best moments. Relationships were at the forefront this week, specifically Dinah’s and Vince’s, Quentin’s and Earth-2 Laurel’s, and Team Arrow A and B (which for the purpose of this review I’ll refer to as “Team Canary.”) For Dinah and Vince, we are given flashbacks to the events of five years ago that circulated around the S.T.A.R. Labs particle accelerator explosion that birthed the metahuman community in Central City. Both Juliana and Johann play their roles to perfection as two people who connected upon laying eyes on one another; that subtle pause in Singh’s office told of a spark that ignited undercover.

Audiences can understand how things appear from Team Arrow’s perspective. At best, Vigilante is the wild card in Dinah’s team given how many times he’s tried to kill them when they were still one unit. Oliver’s apprehension at the idea of trusting him is evident; he’s a part of Cayden’s inner circle, which is robbing Star City of $10 million per day. It’s just because Oliver is being Oliver; Stephen’s restrained nature and desperation is felt in that conversation with Vince. There is a genuine sense of a man trying to make up for how badly he screwed up, yet it’s not done in an over-the-top manner. In that lies a dichotomy between Vigilante and Green Arrow immediately. Both are former hardened vigilantes looking for redemption, yet are only working together against a common threat.

The chemistry between Dinah and Vince is enhanced by the flashbacks, much as how Oliver’s current situation was when set against an event of his past. When set against all the chaos, it is the only relationship in this episode beside Olicity that feels stable and strong. When Vince is killed by Black Siren, Juliana conveys Dinah’s heartbreak from a realistic standpoint. She’s just watched her boyfriend die a second time, and this time he won’t bounce back. Oliver and Dinah’s later conversation best demonstrates how diametrically opposite their agendas become as the result of Vince’s death.

This brings me to the state of affairs between both groups. When both teams are in Oliver’s facility, you can feel the tension that is still strong following events as of late. Dinah, Curtis, and Rene don’t want any part of the original three, yet have to work with their former “Hoss” for the greater good. The setup of Team Canary’s facility has a reflective feel of Team Arrow’s, yet with a feminine design. The ease in which both teams split up in spite of common sense shows how much has changed, especially with regards to Rene disobeying Oliver’s disapproval. Why would they follow a man who deliberately spied on them two episodes ago in spite of their proven loyalty? The writers did a bangup job setting up Vince as the catalyst that will send Dinah into “The Hood” territory. It just remains to be seen whether or not the rest of her group will follow suit.

Then there is the matter of her intended target, which brings up the next relationship. The fact that writers are having Laurel follow Quentin hints at the possibility of redemption for this character. Since her debut on The Flash two years ago, she’s been nothing but a thorn in the sides of both shows. Even Oliver couldn’t get through to her and was fooled by her sob story because he desperately wanted to believe there was some hint of the woman he loved inside. For the entirety of this season, Quentin has been walking that line and has come to lean on Thea for support.

Blackthorne is approaching this portrayal of Lance as a man who sees this different version of his daughter as his second chance. For the past three years we’ve seen Lance pull himself up from Sarah’s death and alcoholism with great difficulty, and now we see him trying to fulfill the function of a father. He’s trying to redeem this fallen version of Laurel while trying to redeem himself in his own eyes. That hesitation in Laurel’s eyes as she first watched that video of her Earth-1 doppelganger, and then again before she followed Cayden’s order to kill Vince, shows inner conflict. Katie’s performance, bereft of many lines, speaks volumes about a woman who has what very few people get: A chance at a fresh start. She’s just afraid she will not measure up to people who are used to a version of her that she has never known. That outrage at who her doppelganger was is evidence enough of buried feelings of inadequacy.

As for the aesthetics, the fight choreography of Oliver on the roof was reminiscent of his grim and gritty approach in season one, which is good. Despite negative reviews, I still believe Arrow has a few good years left in it. I like the upgrade in Diggle’s uniform from the leather jacket. The injection of red into his costume steers him away from the X-Men: First Class motif from both his helmet and from his overall look.

Minor inconsistency between flashbacks and plotholes abound. Singh was clean shaven in season one of The Flash, so why is he bearded here? Plus they failed in a name drop for Barry given he was a junior CSI at the time, but still a consistent one. I’m not sure how I feel about Team Canary’s facility being a black market version of their original digs. In many ways it feels like they’re mocking Oliver, right down the wire hanger dummies for their uniforms to hang. While Lance is obviously a grieving father, his behavior pattern of putting on rose-colored glasses is starting to become repetitive. Nothing wrong with being hopeful, but you would think he had learned his lesson by now to be more realistic.

Cayden James is still a viable threat, but he’s underused in this episode. Both he and Anatoly are in the same category in this case. Given his personal history with Oliver, I expected more from him beyond that minor standoff via walkie-talkies. I doubt we are seeing him evolve into his comic book counterpart, The KGBeast, but I would like to see more development from his heel turn.

Then there is the exact manifestation of Vince’s healing factor and its extent. He’s basically shot in the head and then all of a sudden he can heal from any wound? Dinah’s scream at the time of his death that evolved into her Canary Cry makes more sense. Plus why did his face go blue and veiny when Laurel was using her cry on him? And finally, if ARGUS was involved, why was there not an appearance from Lyla? And for that matter, if the city is being held hostage, why is the administration having difficulty acquiring federal relief given the money is running low?

While good character and plot development for the winter portion of the season, the inconsistencies and hollow points in the story take away the quality of the episode. Fortunately, there is always room for improvement. Before we wrap this up, I just want to say that I’m honored to take over the review responsibilities for a show that I have followed religiously for the past six years. I can promise that the same amount of detail and objective journalism you find in my reviews of The Flash will not falter here. 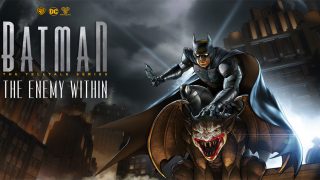 Telltale Releases Two New ‘Batman: The Enemy Within’ Trailers–Based On Your Choices 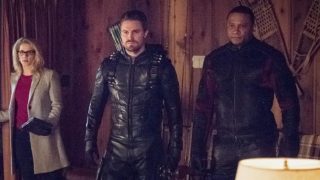