It didn’t look good for any of the good guys at the end of the last issue – Superman, Booster and Skeets were disabled by Zod and family on Jekuul, and Lois Lane and her father had just been killed in the jungle of Logamba.  Issue #998 opens with Booster and Superman still trussed up with Kryptonite.  The seemingly destroyed Skeets has one last card to play as he reveals to Supes and Booster that he’s been able to transfer his sentience to one of the Eradicator Androids.  Skeets to the rescue! 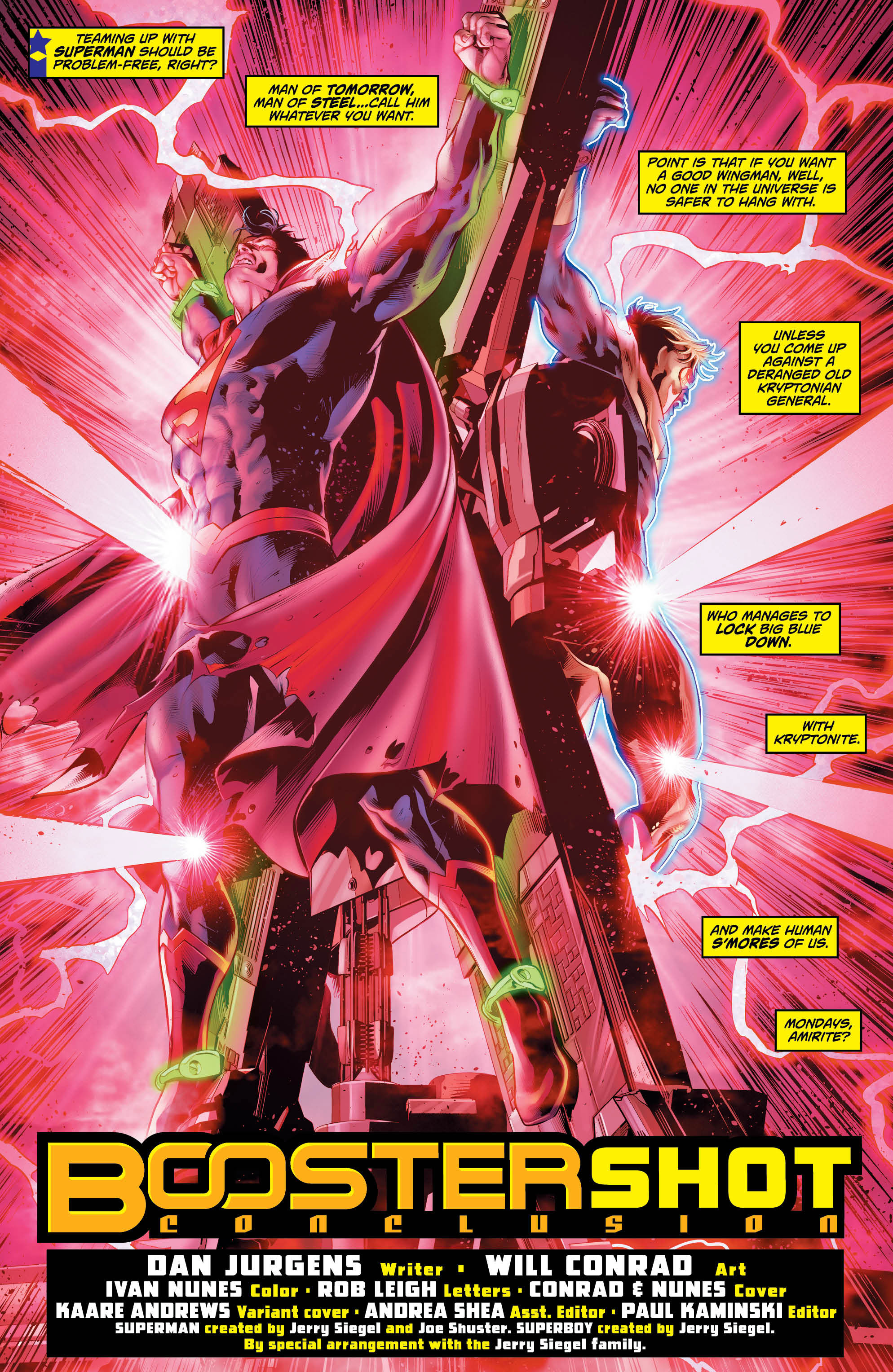 After being freed, Superman and Booster successfully defeat Zod and family, as well as inspire an uprising by the enslaved populace.  Booster convinces Superman that the way to fix this is not stay and fight, but go back to their own time and stop this from ever coming to pass.  They get their time ship up and running with some parts from Skeets’ old “body.”  Also, Superman is able to finally convince Booster to allow him to see Krypton’s destruction so that he can have his questions about Mr. Oz/Jor-El answered.  It’s not a pleasant experience for Superman to watch his father pulled away at the last moment and watch his mother, Lara, die alone.  Booster then agrees to take Superman directly to Lois and Jon.

Upon arriving back in their own time, Booster informs Superman that Lois and Jon are in the jungle of Logamba, and Superman takes off before Booster is able to determine their exact situation.  As Skeets reveals that Lois and Samuel Lane are dead, Booster does what he’s not supposed to do…go back in the near past and prevent their murders.  This allows Superman to arrive to stop a secondary assault from the Logamban forces and see his family get to the extraction point safely. 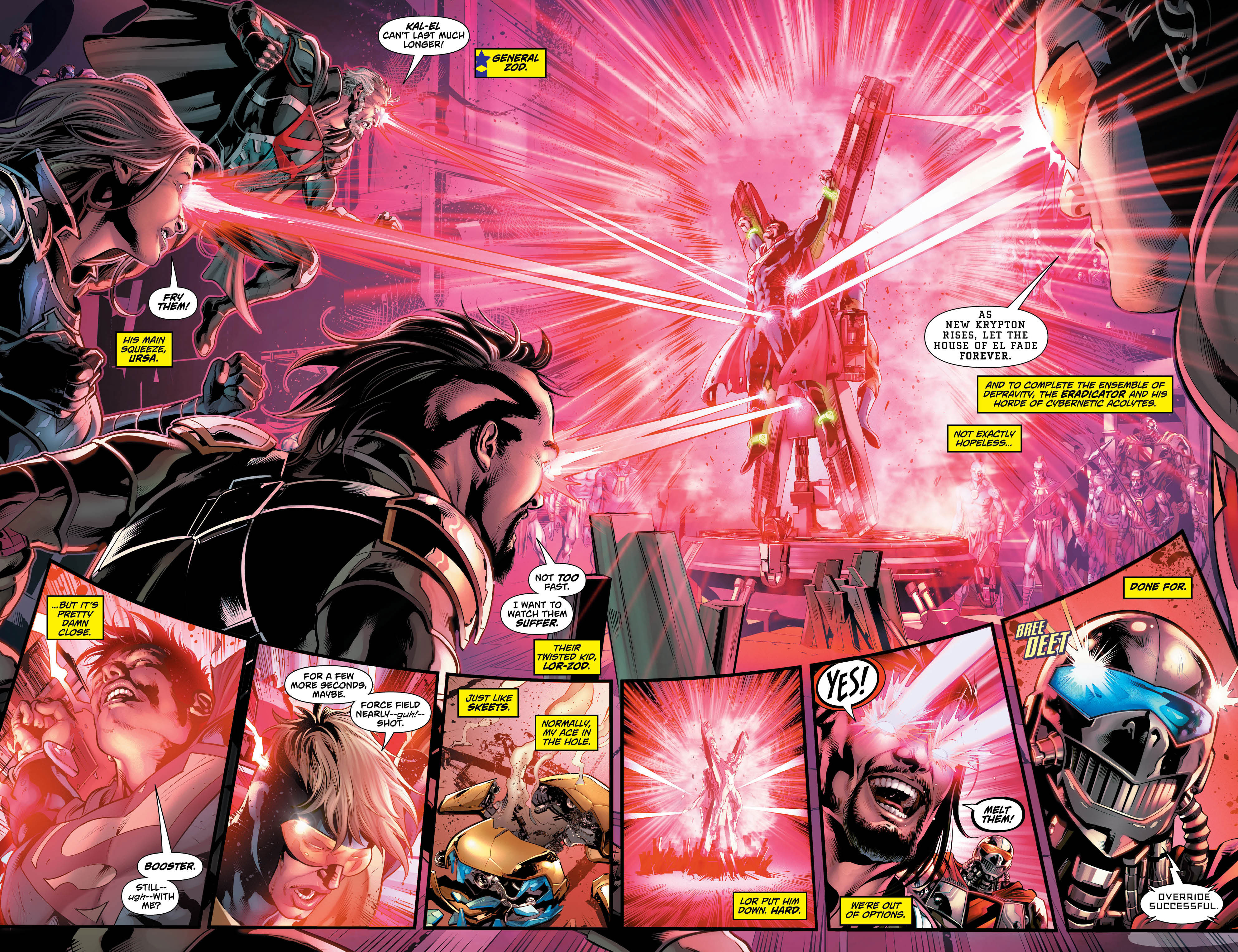 Making Skeets the savior of Booster and Superman is a nice touch, deus ex machina indeed.  There were going to have to be some surprises to save everyone and Skeets was unexpected.  Booster going back in time to save Lois and Sam Lane was not really unexpected, yet it did seem like the right way to do things.  Killing Lois at this point would be a very pointless exercise, as their relationship and family has been a huge positive since Rebirth.  Seeing Booster willing to face punishment for Superman’s sake, shows that he is in truth a hero, despite how he may be viewed.  It’s time for another Booster Gold ongoing series with Booster as time cop! 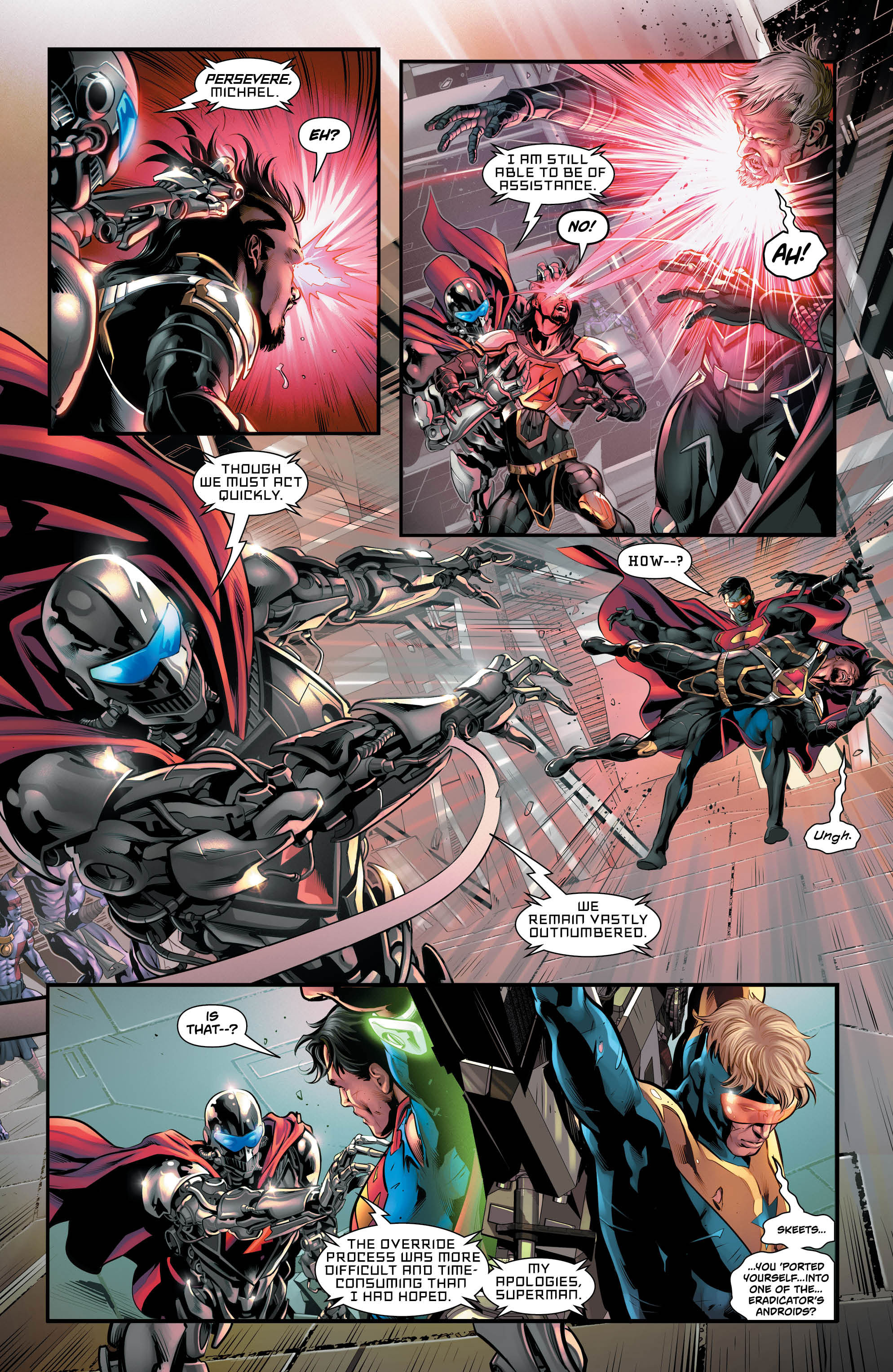 There’s a clever reference to another timeline as Superman and Booster are traveling back to their present that ties in to the appearance of the original Captain Marvel (Shazam!) in last week’s Infinity Countdown Prime #1 published by Marvel Comics.  Maybe there’s more to that rumored inter-company crossover after all!  Maybe, it will even take place in continuity.

Superman learning the truth about Oz/Jor-El is good for Superman and it wraps up the plot thread, but it feels like an unnecessary addition to the origin of Superman and Jor-El’s character.  While it seems that Jor-El has been manipulated, it doesn’t feel right for Superman’s character.  Superman already has the destruction of his home planet weighing on his emotional backstory, but now he has a psycho-killer father as well.  It’s OK to portray people as good.  It may create drama or conflict for a character, but there are good people out there.  Even in real life.  Perhaps, Booster can bite the bullet one more time and go back and fix this.  However, it seems likely this will see final resolution in the pages of Doomsday Clock.

There is just a slight feeling that this was rushed by one issue.  It’s not terribly noticeable, but it’s there. 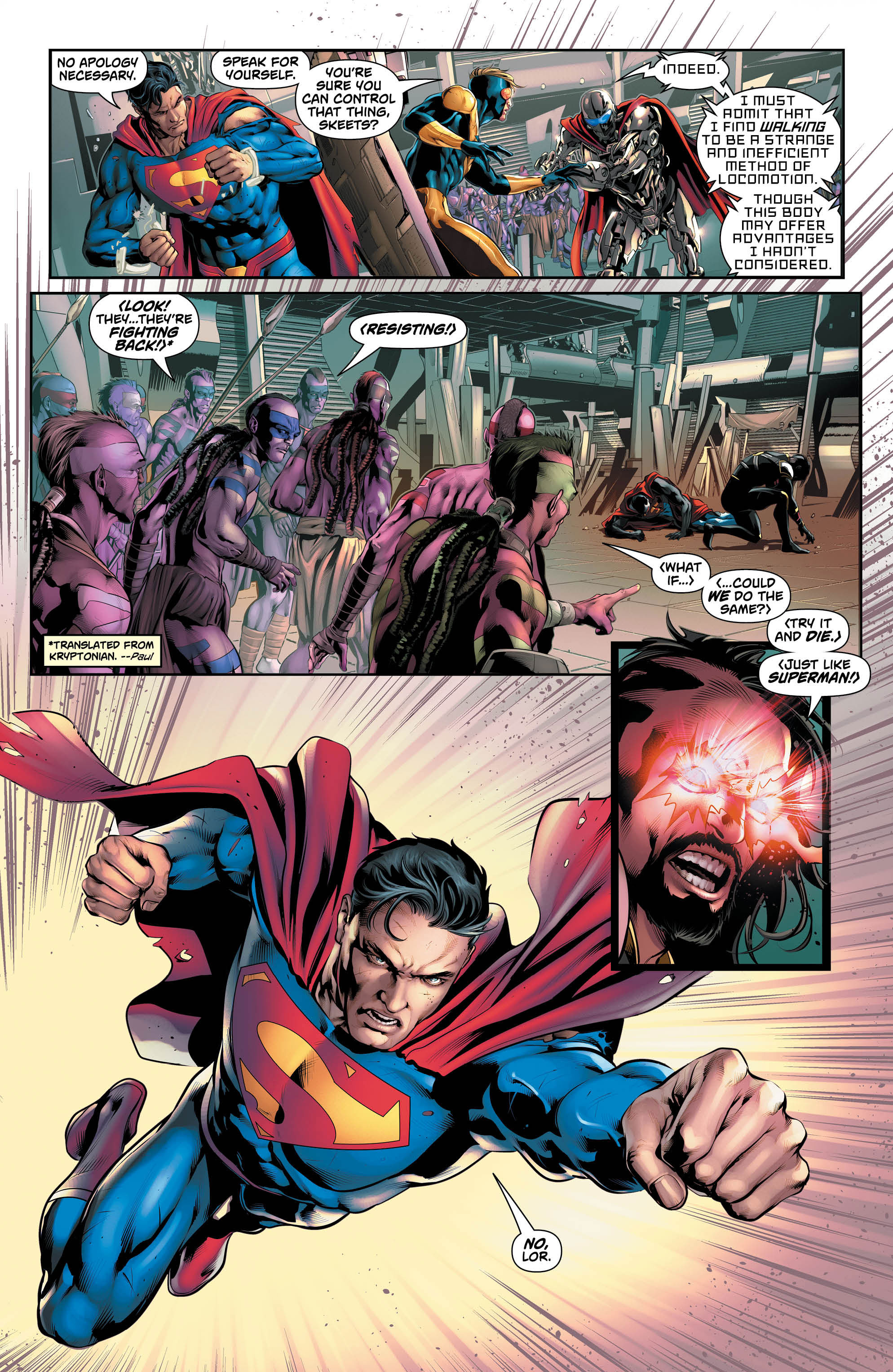 All in all, a satisfying conclusion to the “Booster Shot” story arc.  Despite feeling just a little hurried, the issue wrapped up all the dangling plot lines and gave Booster Gold some well deserved moments.  Action Comics #1000 and a new era is just around the corner.  The past couple years have introduced a lot of changes to the Superman mythos in both Action Comics and Superman.  And, it’s not over yet….