To take on Kobra on its own turf, Bane will need an army. But what he needs and what he has are two different things…and what he has is twelve damned souls willing to follow him into Hell for a billion-dollar payday. But first they must be battle-tested and Bane-approved. And what better test than the abduction of one of Kobra’s elite? The action is building to a fever pitch and breakneck pace as this gangster epic roars toward its conclusion. 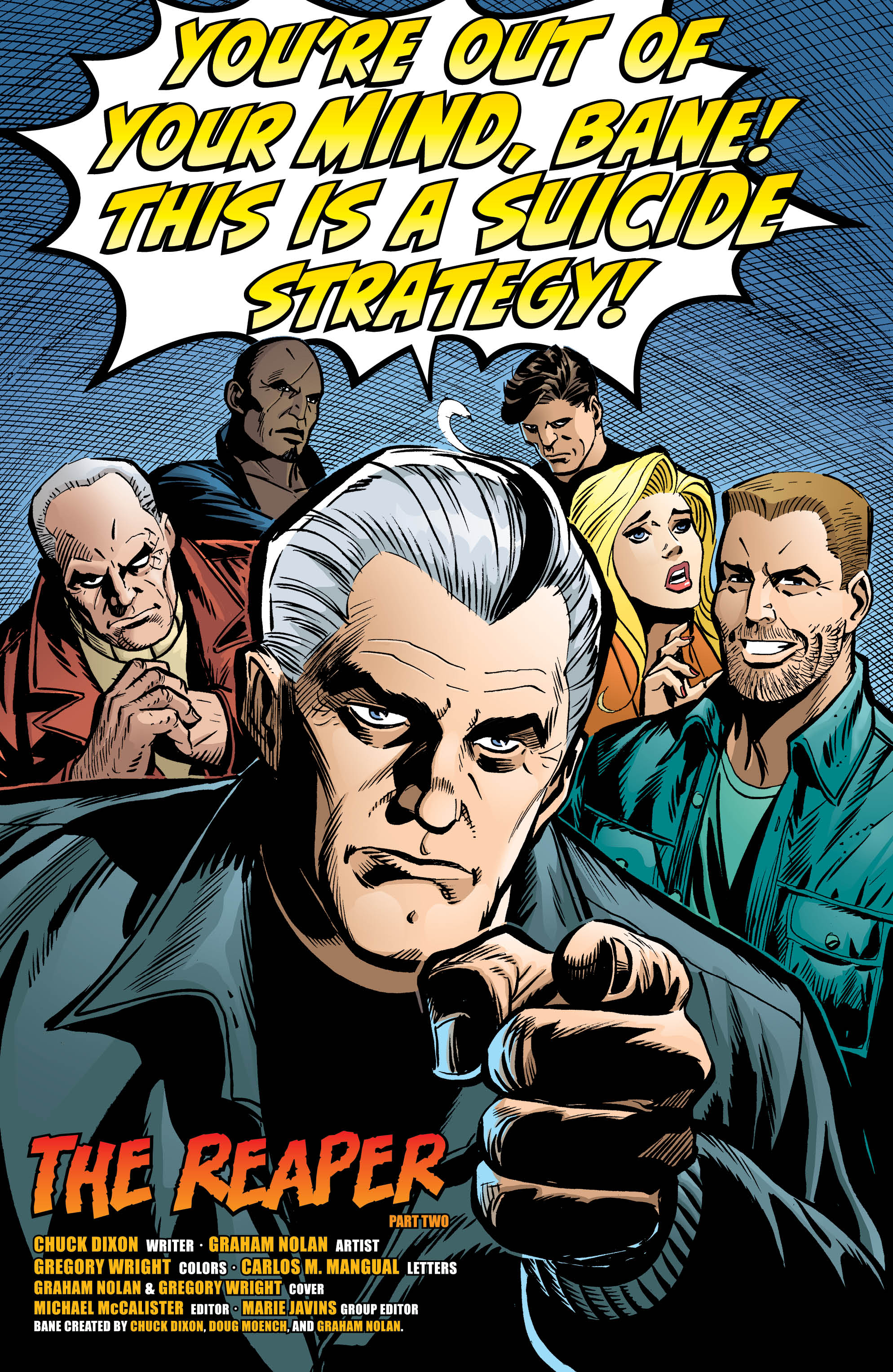 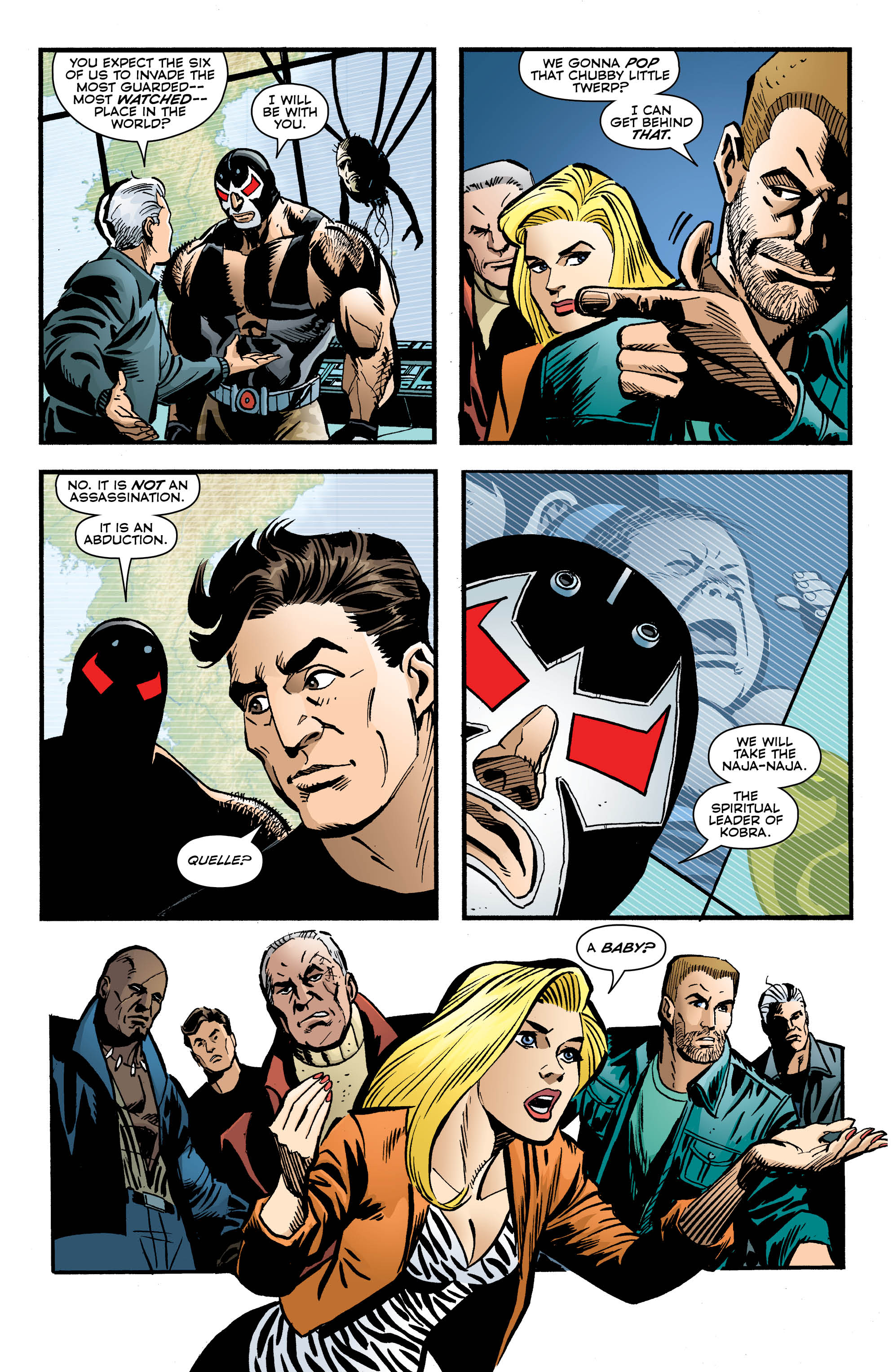 This was an interesting issue to say the least.  The war between Bane and Kobra draws nearer, but will this ragtag, and at times reckless, group of mercenaries be able to stick together long enough to get the job done?

We finally got an update on Batman, albeit small.  Has he been in Bane’s lair for a week?  If so, what is his plan?  Also, was he in that rocket?  And what about Bane?  Is he starting to get hooked once again on the venom?  This could spell doom for his plans to take over if he can’t keep it in check.

I also want to mention Nolan’s art.  I have said it before, and I’ll say it again, Graham Nolan is one of my favorite artists, and as I’ve said before, I’m so thrilled that he’s able to once again breathe life into the character he helped create. 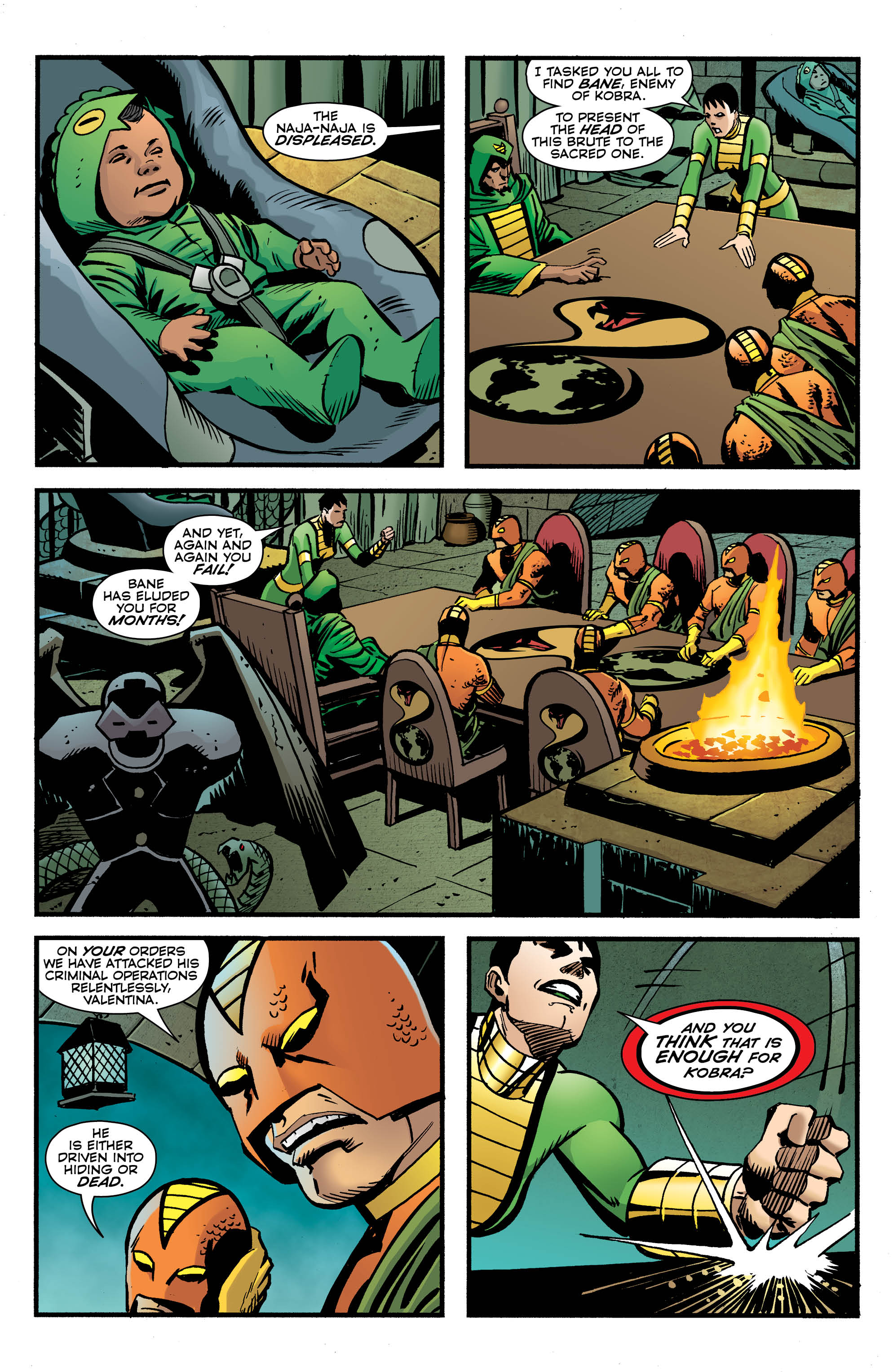 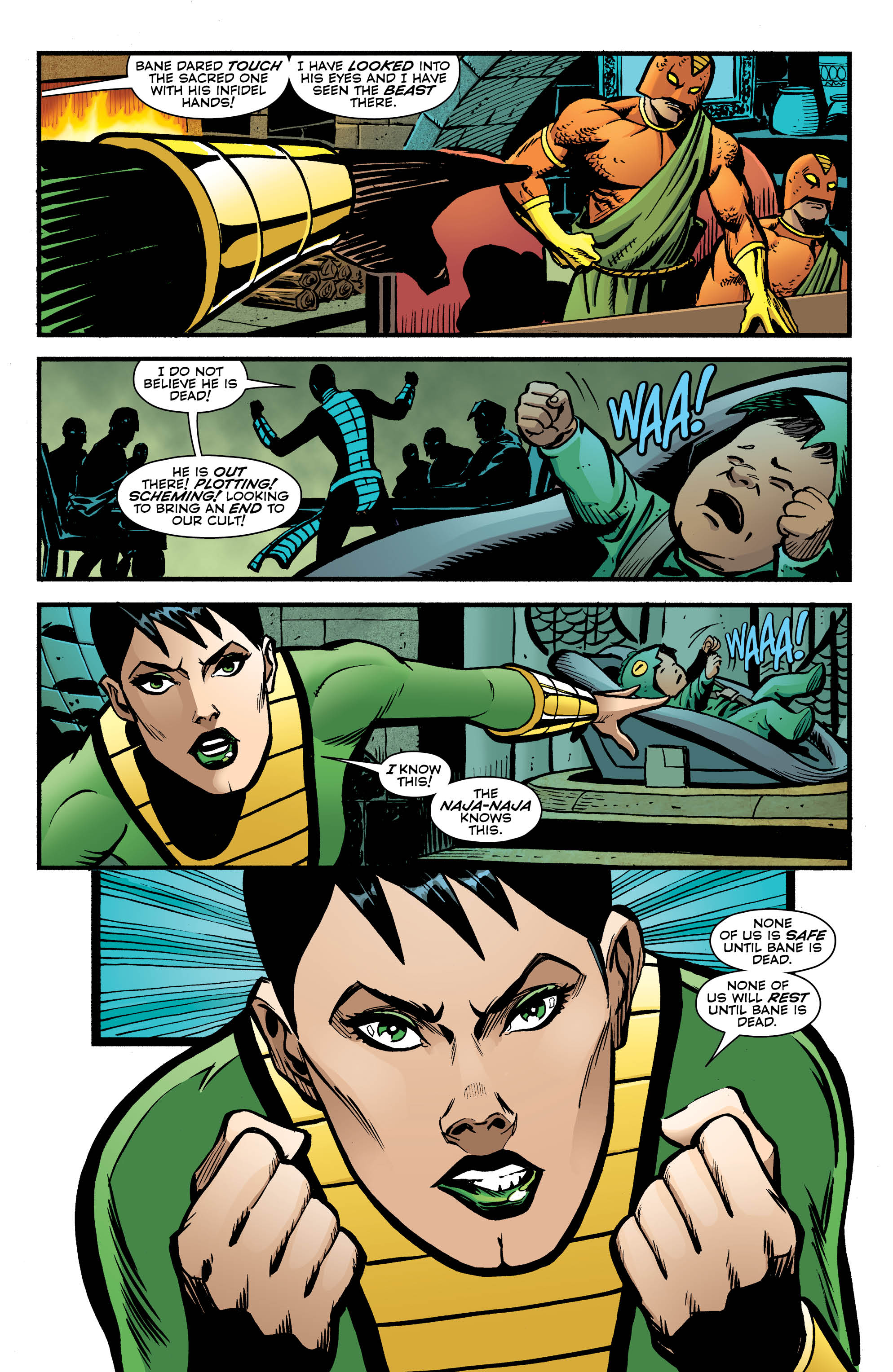 This issue was a bit lacking.  It had a couple interesting pieces, such as Gunhawk’s reaction to General Rhee making moves on his girl, and the Batman/Alfred scene as well.  However, the pacing was off and some of the scene transitions just didn’t flow very well.  It makes me wonder if Dixon bit off more than he could chew with this story, having only 12 issues to tell it.

Overall, it was a decent issue, definitely not one of the best, though.  Hopefully, the last two issues will ramp things up as this maxi-series heads toward the finish line.