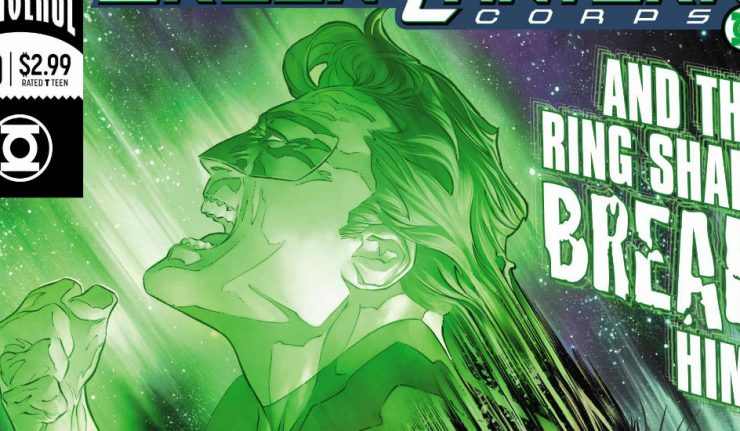 “ZOD’S WILL” part four! The Green Lantern Corps launch their assault on Zod and his world in order to free Hal Jordan. Kyle Rayner tries to control Hal’s ring, but the power within the ring is overwhelming him. Will Kyle be able to stop Zod before the ring destroys him?

The best aspect of this issue is Kyle’s dangerous gamble on getting Hal and his ring back together. It’s a move that shows how much Kyle is willing to risk to save Hal and it relies on the unique relationship between Hal and his ring. It’s not explained with a lot of detail, hopefully that will be forthcoming.

Guy’s actions in battle are also a notable highlight, despite him not throwing a punch. Lor-Zod chooses Guy to attack and Guy refuses to fight back because Lor is child and as a victim of child abuse from his own father, Guy will not hit a kid. It’s a really wonderful character moment as Guy’s morality is exposed.

Lastly, Zod himself makes a reasonable appeal to the GLC as the last “true” family of Krypton. Despite Zod’s nature and penchant for violence, he has a point. While Superman may differ on this point, Zod and Ursa are the last surviving Kryptonians who actually lived on the planet and remember it in all its glory.

As battle issues go, it’s a good one, but comics that don’t move the plot along much tend to be too quick and fairly uninteresting. In the larger story this will fit in well with the pacing, but on it’s own it’s definitely underwhelming.

While an exciting issue with some really nice character moments, this is mostly a prolonged battle between the GLC and the House of Zod. However, the set up for a showdown between Hal and Zod is in place for next issue. 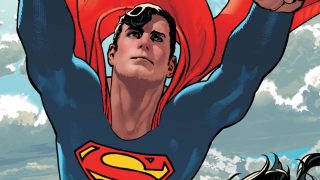 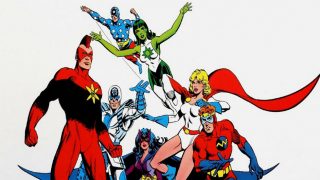 Super Sons and Daughters of the DC Universe