Review: Batgirl and the Birds of Prey #20 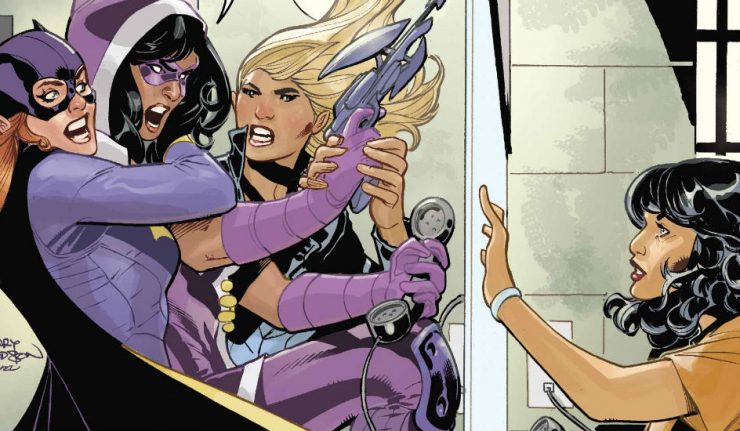 “Full Circle” part two! With the Birds of Prey fractured by last issue’s events, the team must set aside their feelings of mistrust and work together to find the Calculator. Huntress wrestles with her feelings when she’s called to testify on behalf of her mother at a parole hearing, but is Helena ready to forgive her after everything they’ve been through? And while Black Canary struggles with her powers and Batgirl battles her guilt over keeping secrets from her teammates, the Calculator’s robotic assassin, Burnrate, makes an unwelcome return!

Getting over the infighting is the best part of this issue. It’s a cliché that is well worn and the Birds function best as a team that works together. The first story arc in this series dealt with that so it’s good to see them get through this bump quickly.

Helena’s mother, Fenice, is a complex character. It’s not clear whether she’s part of the conspiracy and master manipulator or just a player in the game. Either way, this new situation is forcing Helena to do some real soul searching.

It’s too bad that the Calculator seems not to have learned anything from his family’s personal jeopardy a few story arcs ago. It’s always nice to see a criminal do the right thing, especially for his or her family, but it seems he’s in way too deep at this point in his life.

With the team back on the same page, the Birds are poised for the end run of this series as Batgirl and the Birds of Prey sadly faces cancellation in the next few months. The set up seems that it will leave the team intact and closer than ever, ready for another outing, hopefully in a short time. 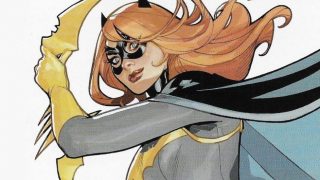