Jessica Cruz and Simon Baz are called to the Free Machine System after a sighting of one of the Universe’s Top Ten Most Wanted criminals, Singularity Jain. But will the Green Lanterns apprehend her, or does she have something to offer Jessica Cruz? 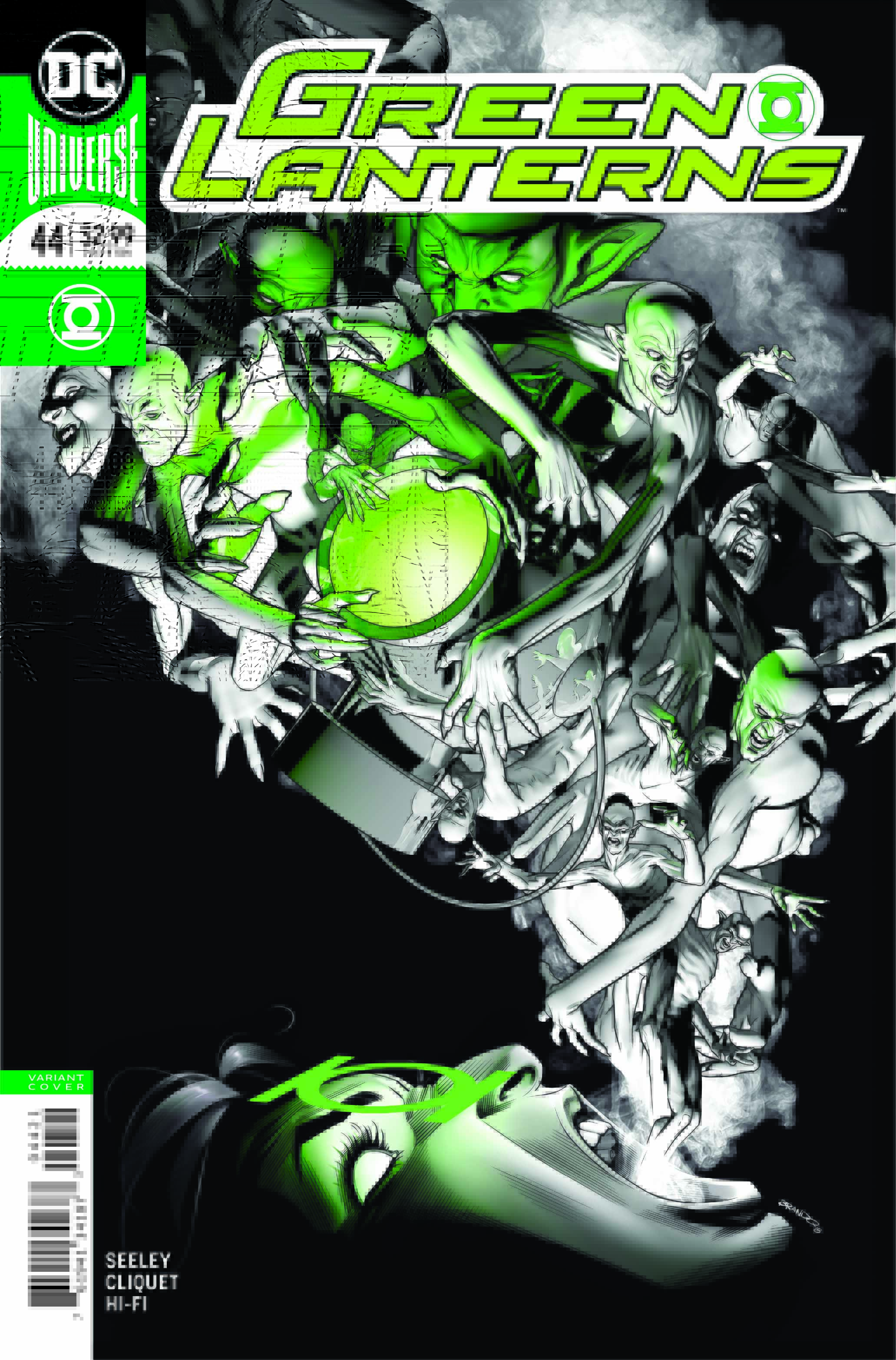 This is the sort of fun issue that reminds readers why they love comics. Action is well spread throughout the 21 pages, constantly keeping readers going. The story of Autonomy Gage, a decommissioned Battleframe robot with post traumatic stress disorder is like something out of the British Invasion of the late 80s and 90s. A robot programmed to attack with its nuclear cannons, seeking legal advice following his divorce. The only thing he cares about is custody of his little girl Sovereignty and yet Simon Baz and Jessica Cruz come crashing into Singularity Jain’s office before she can offer him anything. There’s dramatic irony in the sense that the Green Lanterns are actually saving Gage here, and readers know it but to him it’s just another thing to go wrong in his apparently terrible life.

It’s this sort of nonsense that just makes the issue such fun. You wouldn’t expect to care about robot with guns for arms, and yet Tim Seeley manages to make readers care in a few pages. This added drama makes Gage’s subsequent fight scene with Simon Baz all that more impactful. It isn’t just mindless Green Lantern vs Robot action.

Ronan Cliquet does well with the art duties. Seeley throws some ridiculous stuff his way. It isn’t quiet at the level of Seeley’s monsters in Imaginary Fiends but character’s like Gage, with his complex wiring show Cliquet’s fine attention to detail. What’s really impressive is Cliquet’s use of angles. He manages to get the Lanterns in really interesting positions during his action sequences. Artists like Cliquet make action sequences fun to read in comics. 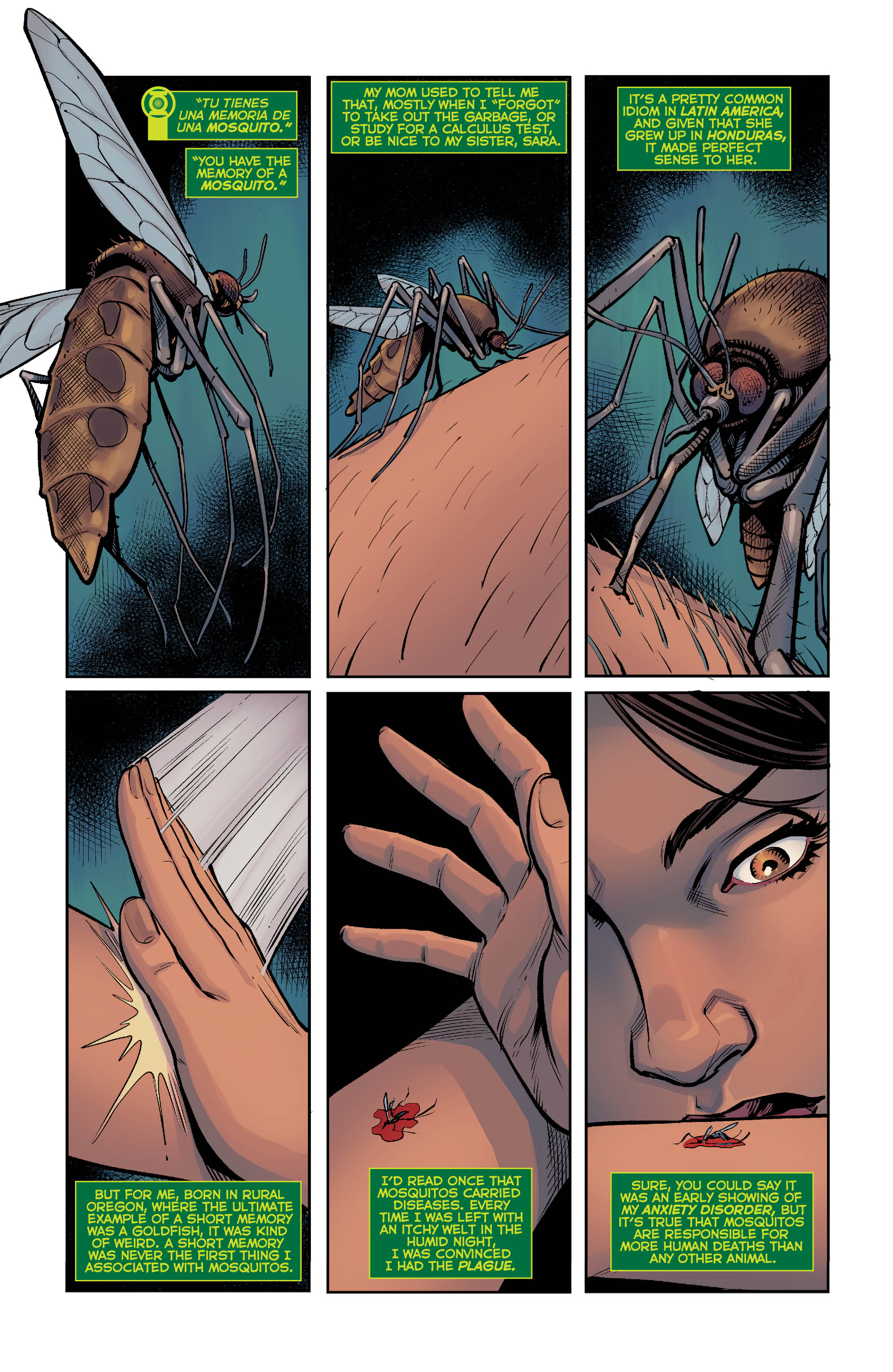 Despite the positives the issue isn’t without fault. It moves at such a frenetic pace that it could take at best ten minutes to read. Luckily Green Lanterns is a bi-weekly series so readers don’t have long to wait, but if someone pays for a comic they should expect more than ten minutes of entertainment. There’s a general feeling after the comic that not much happens. There’s a fight scene and there’s some exposition for the coming arc. To open, there’s a brief moment of character development for Jessica which pads the issue out but it doesn’t relate to this week’s story and leads to a somewhat rushed issue.

While each segment is good, the issue can be easily categorized into three segments. The opening with Jessica, the Baz/Gage fight and then Jain talking to Jessica. It’s a somewhat simplified structure for a comic with such an engaging plot found in Autonomy Gage. 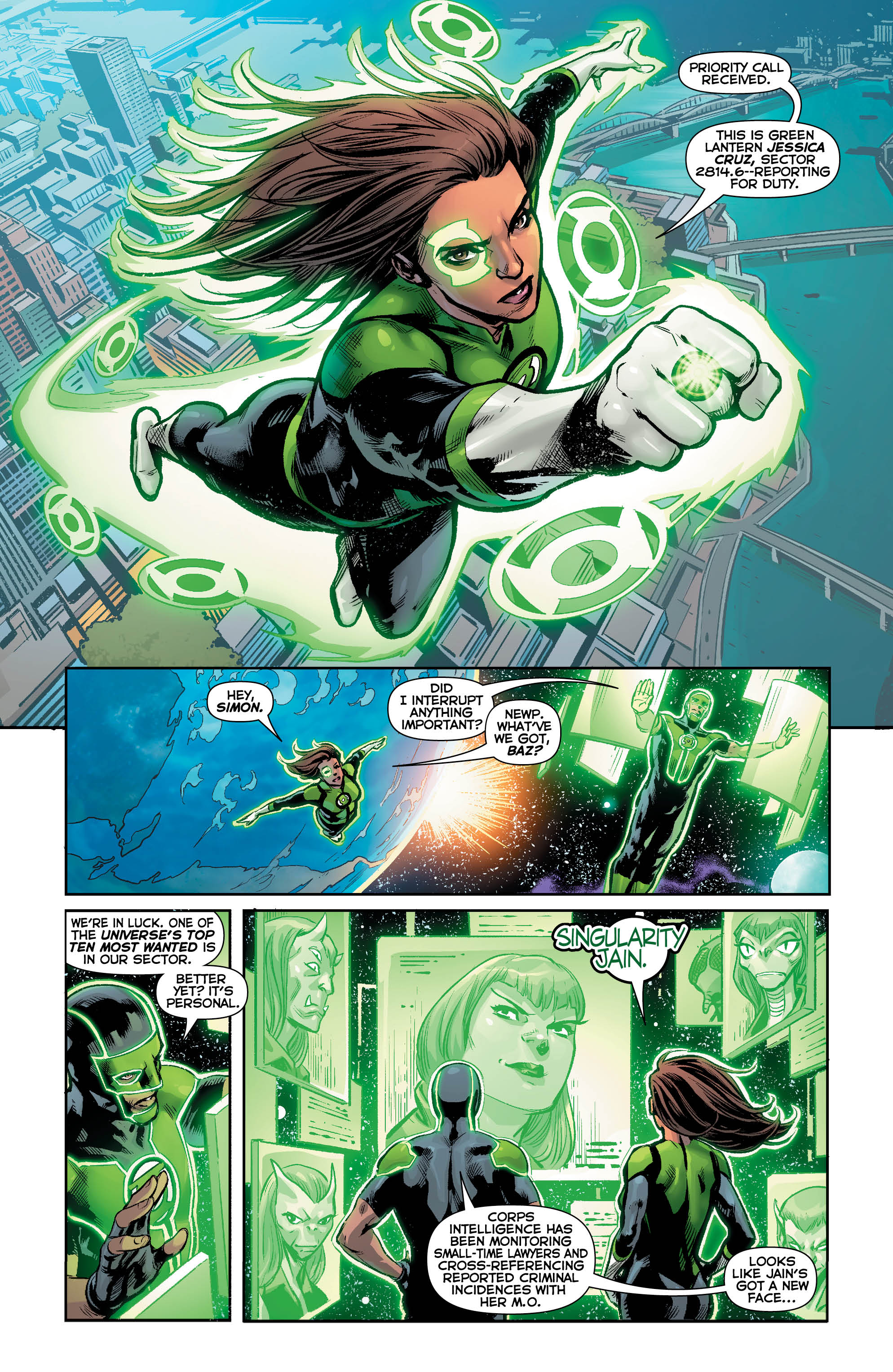 Green Lanterns #44 is a fun yet fleeting issue that offers everything a comic should. Action, comedy, tragedy. Complimented by great art, this is an entertaining issue no Lantern fan should miss, but new readers should be wary of its brevity.