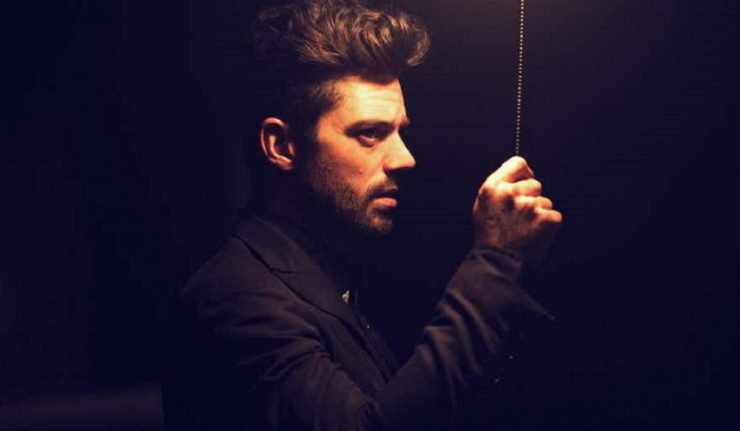 AMC has finally announced the season 3 return date for the hit show, Preacher, and with it comes a few first-look images. The new season has been filming for some time without much of an update outside of casting news that promises to bring the L’Angel clan and Allfather D’Aronique to the series, as the new season hints it will take a deep dive into Jesse Custer’s backstory, all while suggesting a supernatural return for Tulip O’Hare, after the events of the season 2 finale.

Along with the premiere date and images, AMC offered up an official synopsis that, although somewhat vague, still conveys the notion that Preacher season 3 will be all about the past. Read the synopsis and take a look at the images below:

“In Season 3, Jesse Custer’s quest for God takes him back to the place he’s been avoiding his whole life: home. Jesse, Tulip, and Cassidy return to Angelville, the Louisiana Plantation where Jesse was raised, and find old grudges and deadly obligations await them. With the help of his friends — and a few enemies — Jesse will need to escape his past… because the future of the world depends on it.”