The trunks are back!  If you loved them, you should be very pleased, if not you’re just going to have to get used to them all over again!

This issue does two things really well, it features stories that honor not only the content of Superman’s character, like Neal Adams and Paul Levitz “The Game” that shows Superman trying to rehab Luthor, again and Geoff Johns, Richard Donner and Oliver Coipel’s “The Car” which tells an untold encounter between Superman and Butch, the driver of the car on the cover to Action Comics #1. 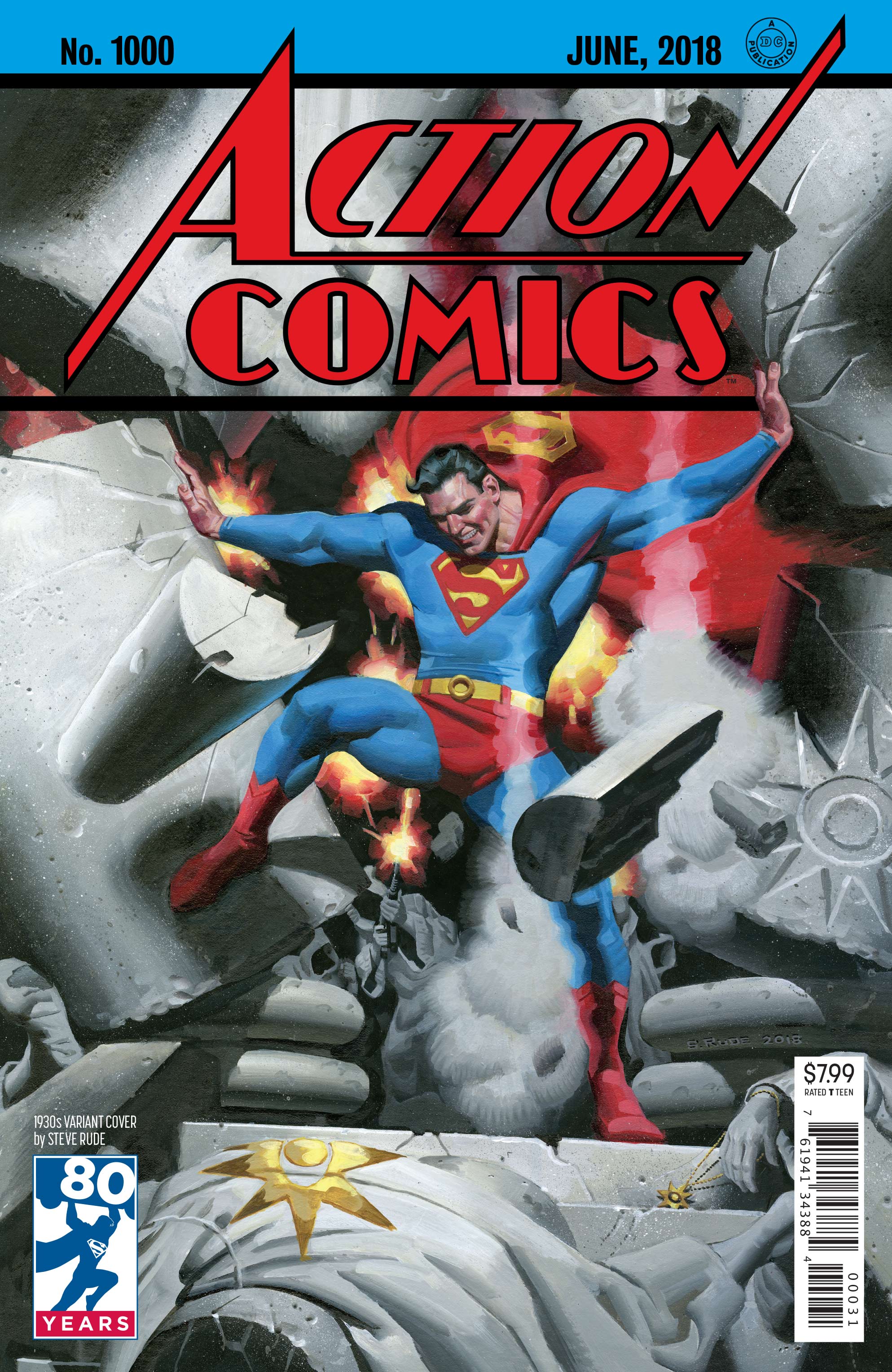 But also stories like Peter Tomasi and Patrick Gleason’s “Never Ending Battle” in which Superman is thrown through hyper-time by Vandal Savage and experiences all the character’s different historical eras going way back to his first appearance in 1938 through his death and to return up to the present.

The issue opens with A Dan Jurgens written and drawn tale of Superman Day in Metropolis.  Clark’s running late and Lois is doing her best to assure Jon that “daddy won’t be late.”  Of course superman is in space diverting an invasion by the Khunds.  Clark makes it in time for the festivities where he is honored in testimonials by people he’s saved.

The story ends on a bit of a twist as Lois has played her hand too broadly, she’s been on the phone with Batman- and Superman realizes that the Khunds are still out there.  Turns out the Justice League and most of the heroes in the DC Universe banded together to help give Superman his moment of recognition.  It’s quite clever as Wonder Woman announces they are all fans too and with out him they wouldn’t be here either.  An obvious but welcome meta-textual “thank you.”  Superman was the first- he started it all.

The issue closes with Brian Michael Bendis’ first Superman story that serves to set up his forthcoming run.  Drawn by Jim Lee it’s little more than a protracted battle between Superman and a new alien to the Superman mythos.  This alien claims he thought he’d wiped out the Kryptonian plague already…. 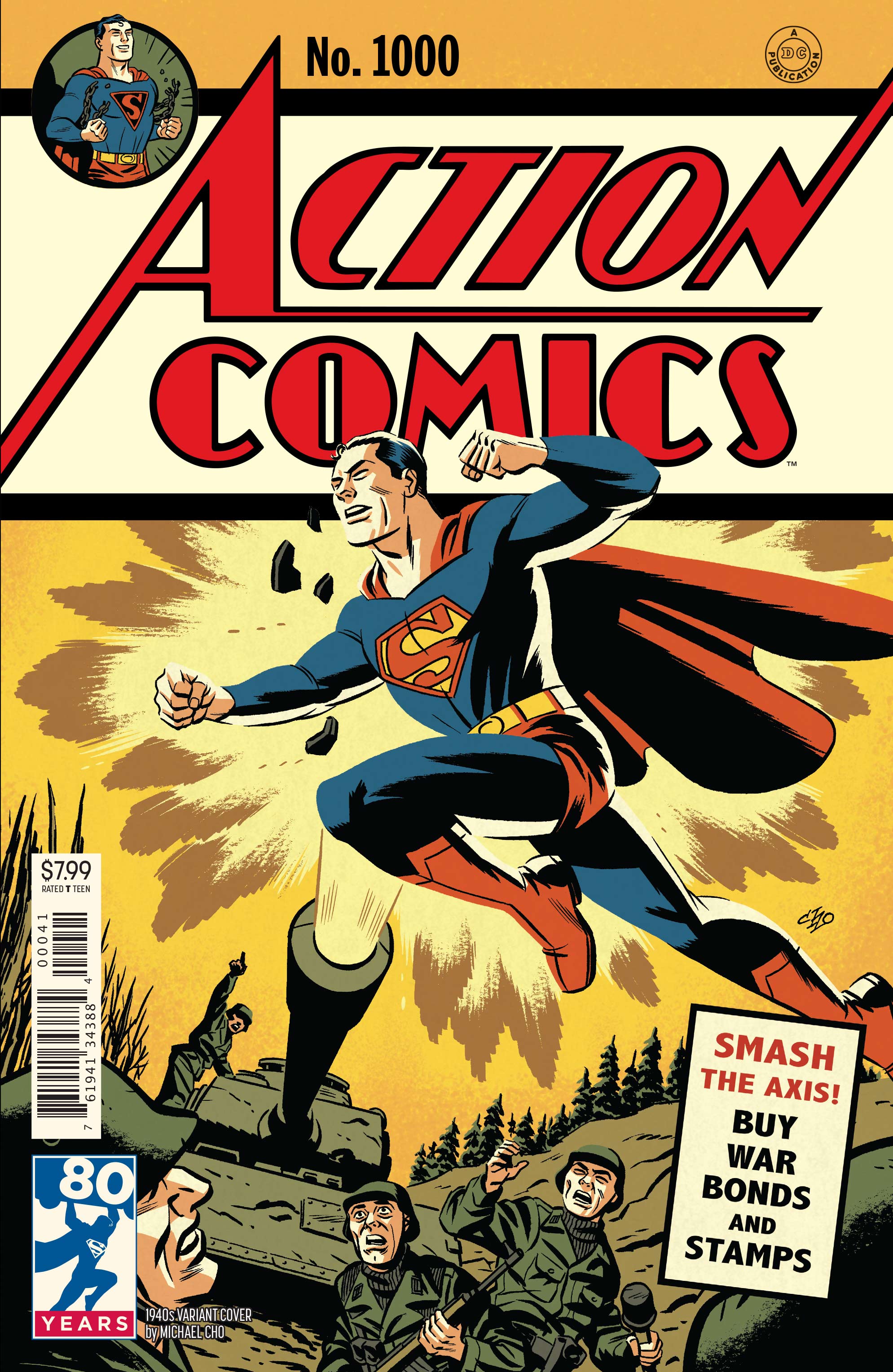 There is some clever and cute banter between the two women who help an unconscious Superman midway through the story, but the story is clearly designed to tease Bendis’ run in which he will make some sort of alteration to the history of Krypton’s destruction instead of tell a full Superman tale.

Jose Luis Garcia-Lopez’s art in the story written by Paul Dini is just beautiful, classic looking stuff.  Nice to see Mr. Garcia-Lopez contribute some interiors.  With all the work he’s done with DC’s style sheets over the years millions of people have seen his work, but don’t have an inkling as to who drew it.

Along those same lines, it’s always nice to see Curt Swan’s Superman grace the page and it’s fitting for the artist most associated with the character after his co-creator Joe Shuster to make it in the book.  Shuster may have designed and co-created the Man of Steel, but Swan defined his look for decades.

“The Car” as previously mentioned is a real treat.  Who even thought that Butch could have a bigger story than what was shown in Action Comics #1.  Superman’s character really shines through as he sees Butch as a person and tries to help him be a better man.  Creators often want to add to a character’s origin or history, but rarely do they come with something as innovative as this.  Butch was a forgotten man…, except by Superman.

Every page in “Never Ending Battle” is pin-up worthy as they illustrate Superman throughout his 80 year publishing history.  Each page masterfully captures the spirit and look of the time in which it set.  There’s no end to the nostalgia as Superman gets

Jurgens’ lead story does a great job of  honoring the character’s importance to the history of comic books and the DC Universe while utilizing the married Lois/Clark dynamic effectively.  Jurgens has the DC Universe say thank you to the Man of Steel which couldn’t be more appropriate. 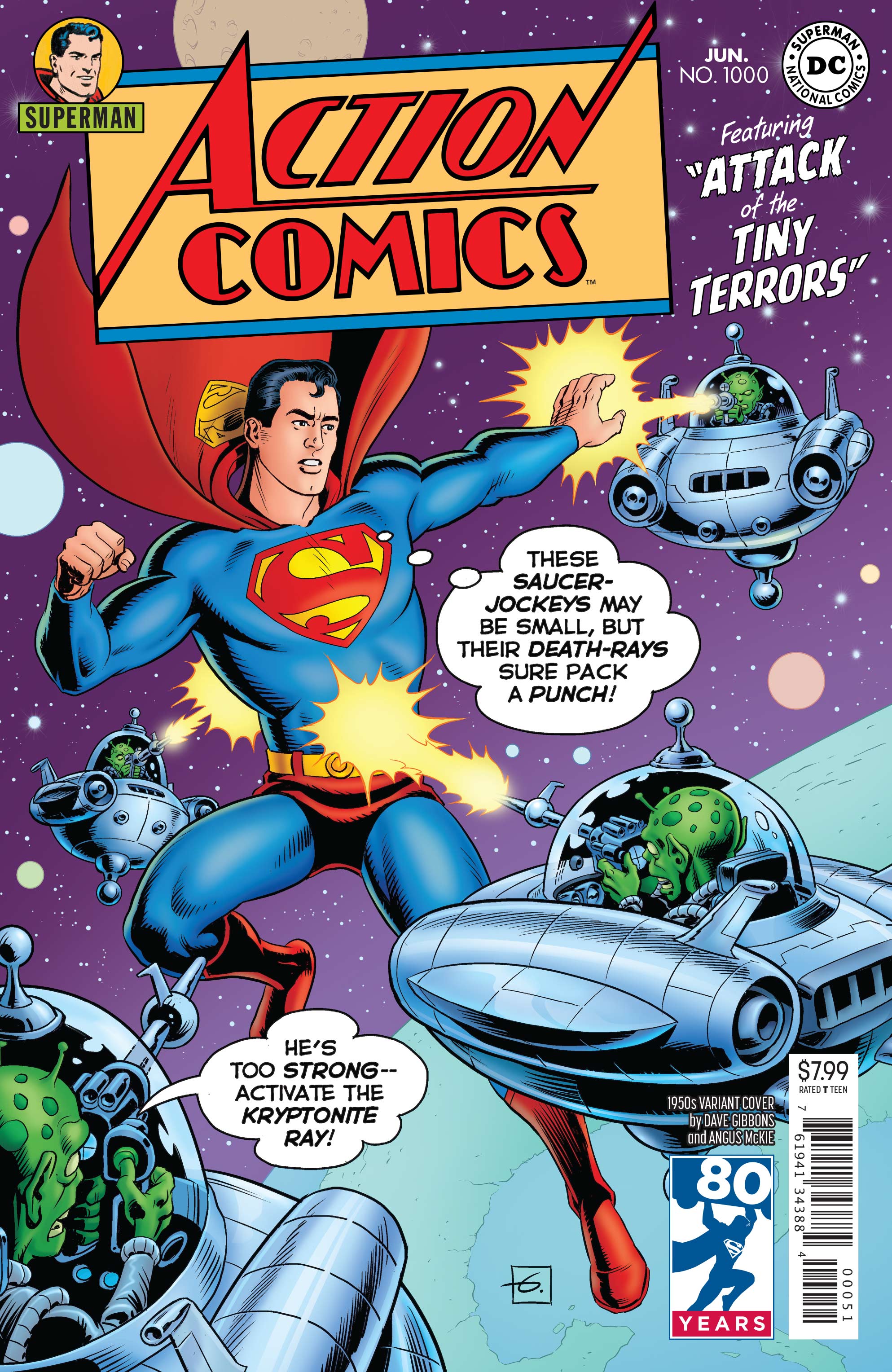 No real negatives as every story celebrates Superman’s history through the years in some way.  Only Bendis’ contribution seems to lack any oomf.  Does Krypton’s destruction really need a new addendum?  This anniversary issue was probably not the place to debut the new Superman writer.

Action Comics #1000 is a fun, and at times emotional celebration of Superman’s 80 years in Action Comics.  Fans of the character and of Comics in general will enjoy this loving tribute to the character who started the super-hero craze in comics.  It’s going to be hard to pick which cover variant to get!