Big things are coming to the blue collar town of Massena, New York.

If you are not familiar with the location the town sits roughly 15 minutes from the US/Canada Border and among its beautiful landscapes hosts its own Comic Book Convention called Upstate Comic Con. The Convention was started by local entrepreneurs Elijah Winfrey and Casondra Arquitte as a way to give comic book lovers who did not have the means of getting to San Diego or New York City their own Convention. The Journey began in August 2014 and since has seen over 700 attendees and more than $3,000 raised for local Charities across 5 events. In 2018, the conventions 6th event the stakes are being raised even higher.

This year’s event takes place on September 22-23rd 2018 at the St. Lawrence Centre Mall and will feature tons of Vendors. We will be covering the Convention as details are released. The first big news to break about Upstate Comic Con has to do with their Cosplay Contest. “Every Year we host a Cosplay Contest and this year we have teamed up with some true professional’s in Elite Events By Lenny. The Work of Elite Events By Lenny has recently been featured in the New York Times. Because of this partnership We will be giving away a $250 Cash Prize to the Winner of the Cosplay Contest in the adult Division (16&Up). The Runner up will receive a $100 Cash Prize.”said event co-founder Elijah Winfrey.

Event Organizers say they are releasing this information now so that Cosplayers near and Far can have enough time to Develop their Creations. There will be an entry fee for the Contest which will help to raise money for the event’s Charity the Massena Memorial Hospital Foundation.

“We want to see some amazing Cosplay this year as well as some fresh faces to the competition. The Cosplay Contest will take place on Day one (September 22nd) of our two day event,” added Elijah Winfrey.

For the past three years Cosplayer Felicity Sarsfield has reigned supreme over the Convention’s Cosplay Contest. “Her work is truly amazing and this year she has already begun work on her cosplay for our event. We are hoping to give her and all the other local cosplayers as much competition as possible as she looks to win her 4th Consecutive Cosplay Title. “Said Elijah Winfrey. Felicity’s work can be seen at her Facebook Page “Tomoya’s Art and Cosplay”.

As we mentioned before there will be more details as the event gets closer. For now if you are a Cosplayer who is serious about their Craft and looking to show off your skills make sure to put this event on your calendar.

More information can be found at:

Tickets can be purchased here: 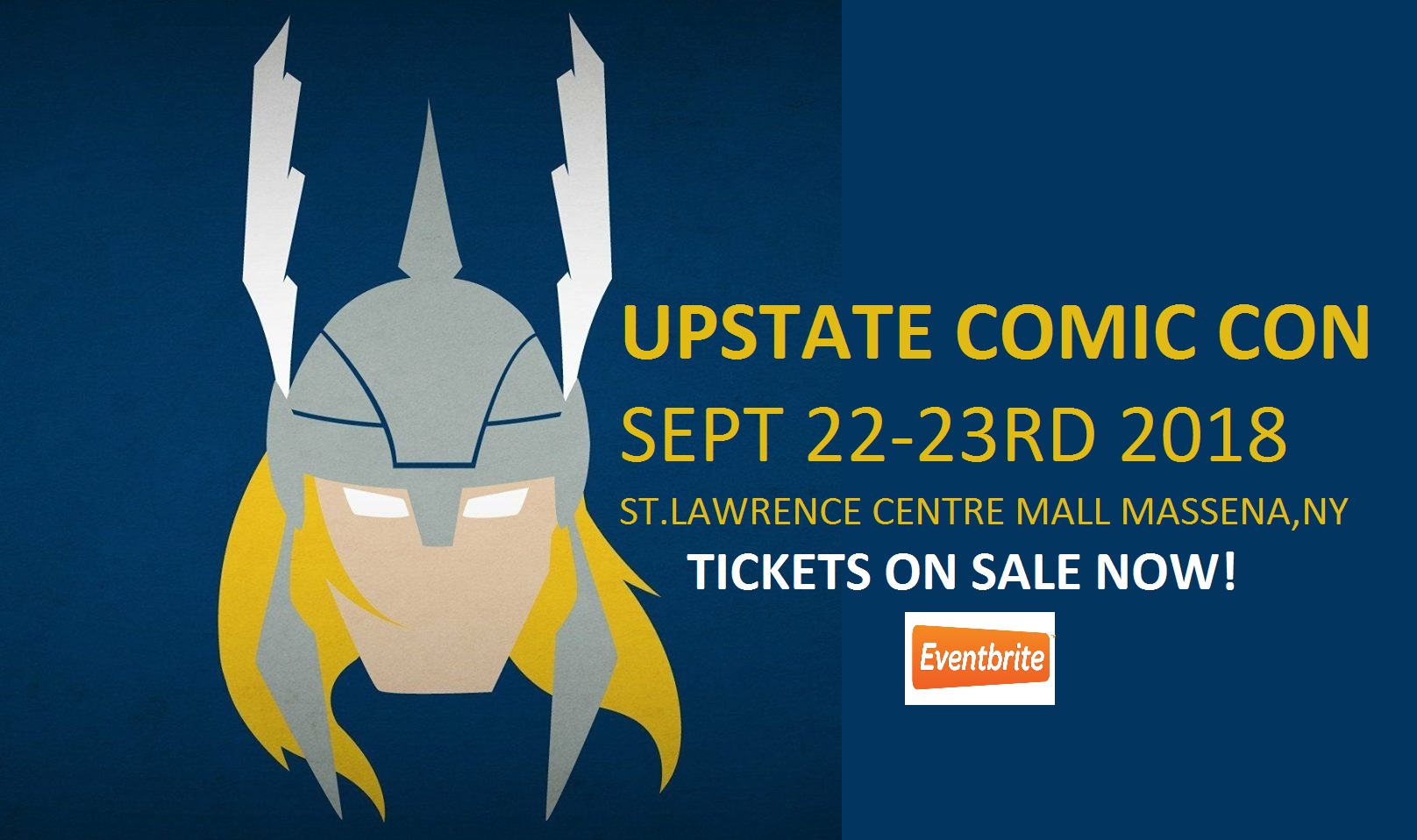