Murk and Aquaman infiltrate the Royal Palace of Atlantis together. They intend on stopping Corum Rath. Murk insists to Aquaman that they must kill Rath and not waste time letting him stand trial.

King Shark and a few others manage to survive the massacre from the dark-magic hordes of Corum Rath’s army by escaping into the Tower of the Widowhood. Vulko and King Shark know they must think of something because it is only a matter of time until Rath’s forces invade the tower.

Murk and Aquaman finally find Rath, but unfortunately for them, through the power of dark magic, he’s turned into a monster.

Vulko and Dolphin come up with a risky plan go beneath the royal Treasury to find what they need. 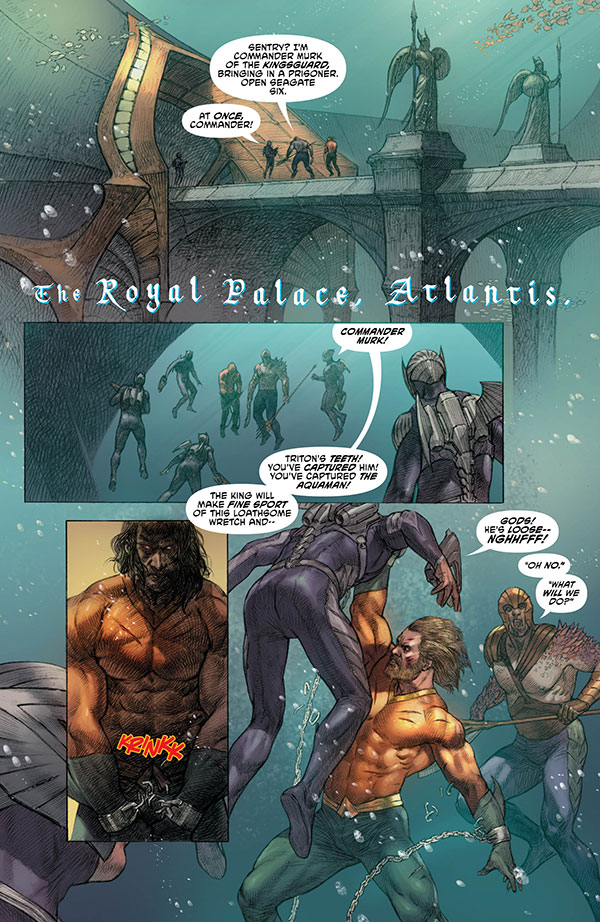 It’s great to see Federici’s artwork back on the book in what looks like the beginning of the end for this arc. His style is so much more cinematic than the artists on the last two issues and more appropriate for such an epic storyline.

Murk and Aquaman working together is the highlight of the issue. After Murk’s apparent assassination attempt on Aquaman, it made the two working as partners questionable at best. On top of that, when you consider how different their methods are, you can feel the tension. Abnett makes it work and work well and you can’t help but agree with Murk when he lectures Aquaman. 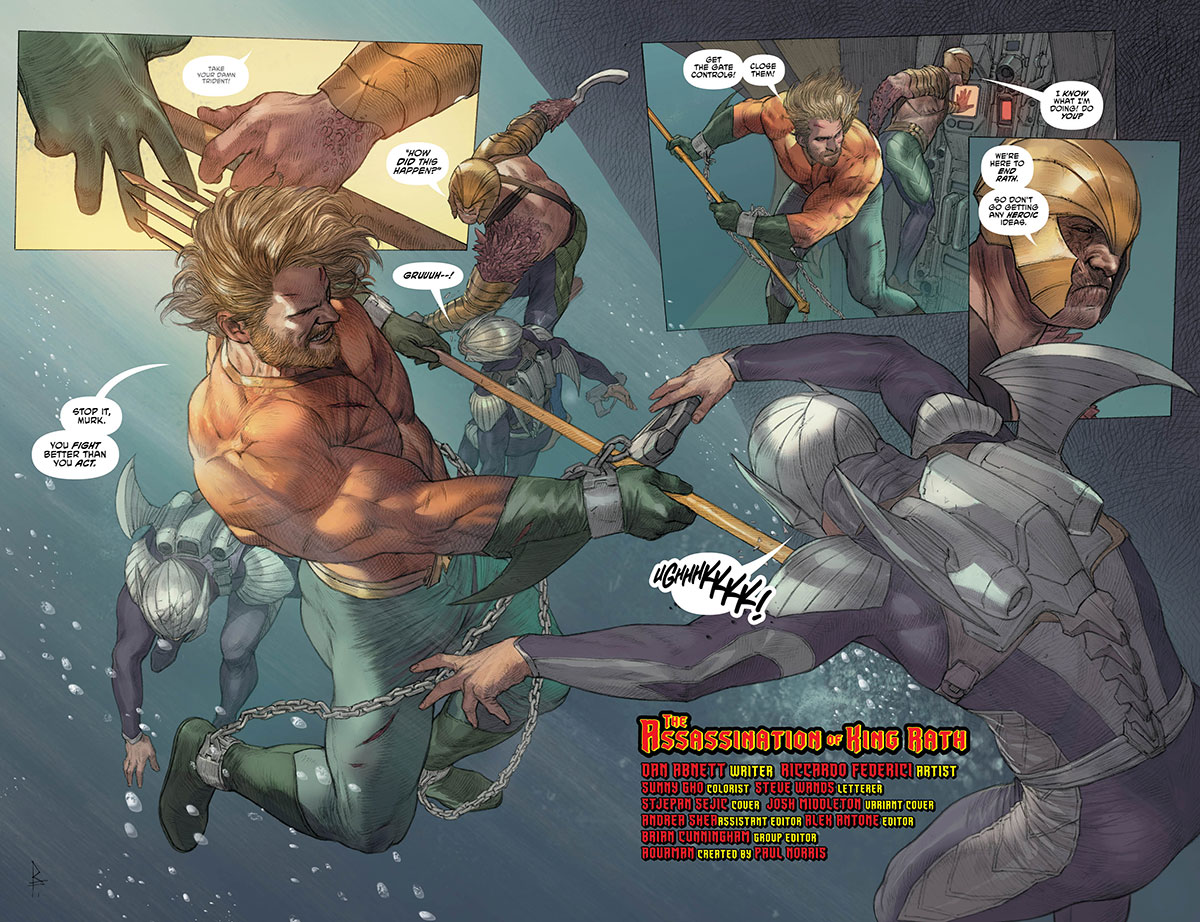 Even though I am enjoying the title and this story line overall, it feels as if Abnett and DC Comics are stretching this arc out too long. There isn’t enough interesting filler to justify the issues-long fight scenes that tease the final confrontation between Rath and Aquaman. Corum Rath became King in issue #24 and they have been teasing a battle between Rath and Aquaman ever since. That’s twelve issues constantly teasing the same thing. I look forward to that final battle, but the constant teasing of it is beginning to make me lose interest. It needs to happen soon. 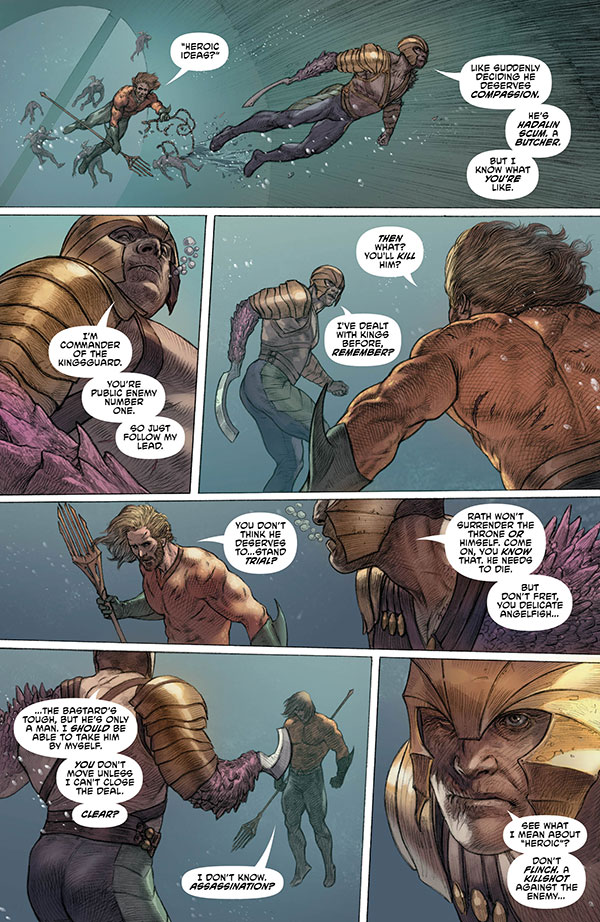 A good, action-packed issue that sees the return of one of the artists that helped propel this storyline and title. It teases the climactic final battle between Aquaman and Corum Rath but if they wait to much longer in getting there, the teasing will become monotonous and audiences may lose interest. Fortunately, Aquaman and Rath come face-to-face in this issue.