Part two of “Constriction”! Deadshot runs the gambit in his search for his daughter. Broken out by Batman to continue his quest, he must now follow the Dark Knight’s version of justice to find the only person he truly cares for. Following a bloody shoot out at a Kobra bar, Floyd employs some questionable methods to find the location of his daughter. Task Force X is not far behind, finding the scraps of what Floyd leaves in his wake. With every bullet bringing him closer to his ultimate goal, he must hold back under Batman’s watch. Task Force X is not the only one tracking Lawton as Waller has also been keeping a close eye on the assassin and his new partner.

Dealing with her own demons, both figuratively and literally, Zoe Lawton is stuck behind bars as she is prepared to be the next sacrifice for Kobra. Fighting off her new captors, she holds out as long as she can hoping her father will save her.

Batman and Deadshot continue their less than happy road trip to her location when they are stopped by Kobra himself, bringing a close to the chase and leaving in peril Batman, Deadshot, and the fate of Zoe Lawton. 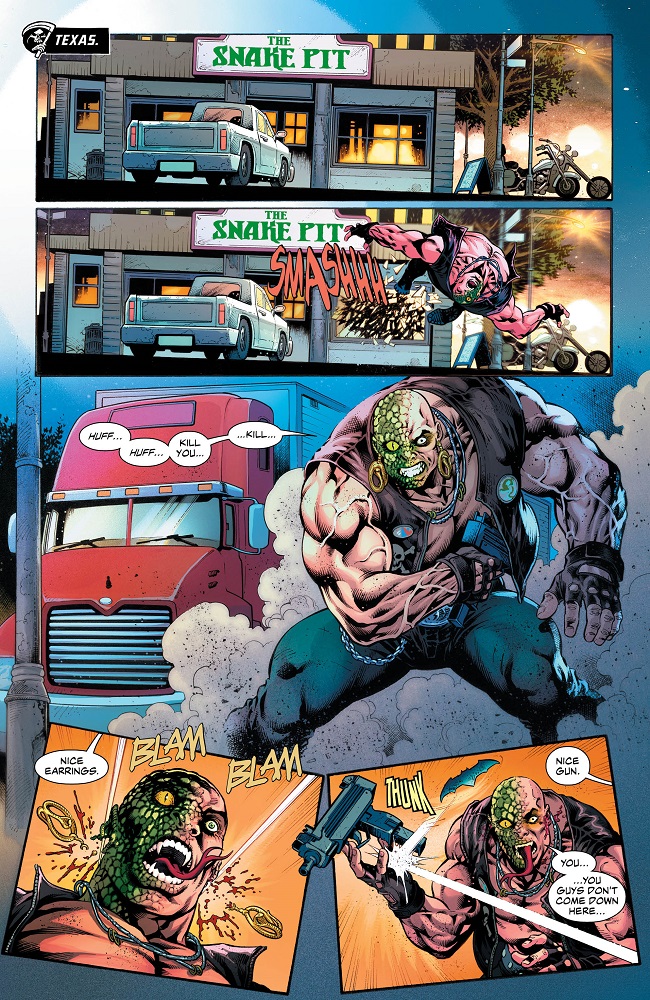 The book does a great job of fleshing out the relationship of Batman with his villains. While it’s meant to be seen from the perspective of Lawton, Batman’s methods and tactics are constantly called into question and can be seen from both sides. Are Batman and Deadshot truly so different?

Batman’s relationship with his various Robins is also brought up, as well as the root of why Batman broke out Deadshot and why he wants to help save Zoe. Relationships and methods vary from person to person, even in our own lives, and this books allows you to see both sides and even analyze what we view as right or wrong. 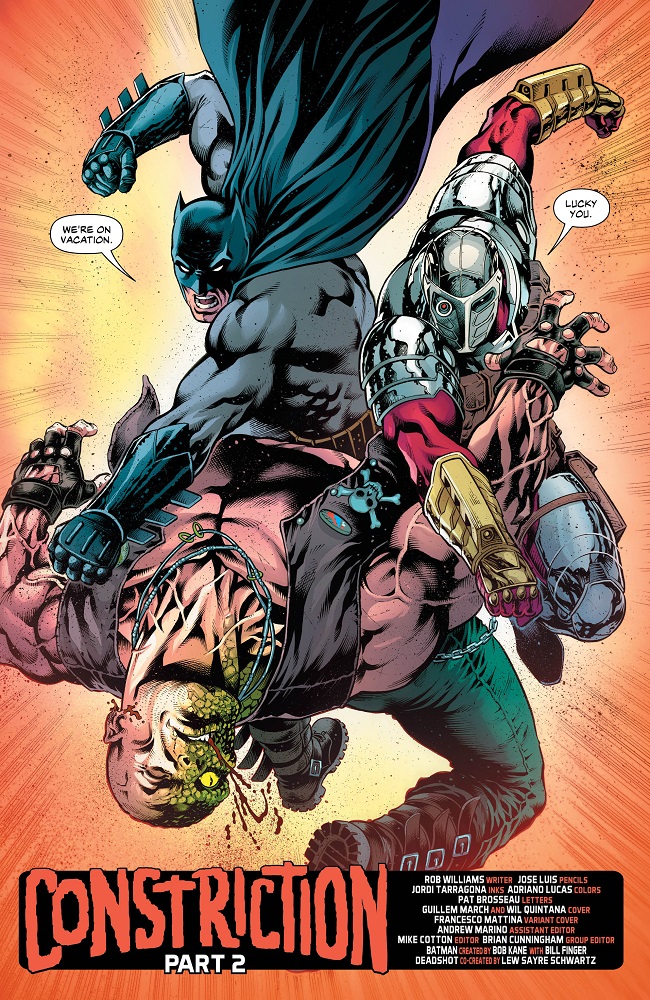 A major draw back of the book is how quick it ends. While things are fleshed out and examined, the book almost feels like filler and doesn’t do much to move forward the over arching story, Hopefully the next issue will fully move forward “Constriction” as a whole.

The book is a great read and brings in different aspects of the DC Universe to reveal relationships we don’t always feel are on the minds of our heroes, but are. This book make it clear that the decisions they make have a big tie to the underlying friendships they carry. It’s a great read for any Suicide Squad or even Batman fan!