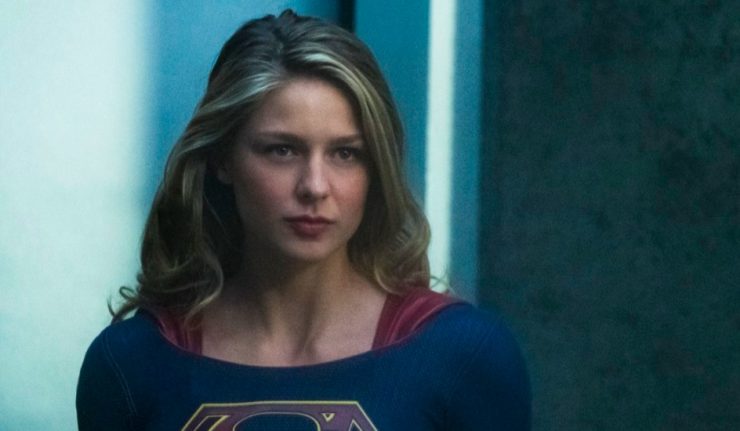 After defeating Reign, Kara and Mon-El return to Argo City while Guardian and the D.E.O. deal with an apparent thief that uses D.E.O. weapons.

The strongest element of the episode is the gun control aspect. Unlike some gun control episodes, this show actually has an opinion and something to say. It’s fair to both sides; the episode does make it clear that there is a difference between assault rifles and hand-guns for self-defense. Part of the plot is that the manufacturer for the D.E.O.’s guns has been using that same model and selling it commercially as a hunting rifle. I found that to be a good commentary on the real world debate. The best part of this is at the end. The show doesn’t just lecture us about their opinion on guns and then move on never for it to be addressed again while D.E.O. agents still use guns. J’onn decides that the D.E.O. will now only use non-lethal weapons designed by Winn. I love that the show is actually backing their beliefs up. And it’s admirable that a show in the current climate is going to reduce the gun violence glorified on screen. That is commendable.

James yelling “Miss Tessmacher!” is great. That will never get old. However, I love the twist that she’s actually quite intelligent and Lena immediately takes advantage of that. I thought that was very cool.

While the gun control topic is mostly handled well, there is an awkward argument between James and Lena. The latter openly carries a handgun and is not afraid to use it in self defense if she has to. I think the intention is to show that guns as a whole are not a bad thing. Self defense is one thing; military assault rifles are a different matter. But it’s execution is strange; they’re both a little overly aggressive and I’m not even sure why it’s an argument. They seem to be on the same page; it just confuses the message a little. Maybe the intention was to showcase how people typically argue about political issues and how unnecessarily hostile it can be.

Reign is defeated way too easily. The season built that conflict up so well and I was enthralled every time Supergirl and Reign had to face off. And it ends so easily; it’s hard not to be let down. I give the writers some credit that I did not see the current direction coming at all but I don’t think that automatically makes it good. They’re trying, as they did in the second season, not to be forced into as much of a formula as the other DC CW shows are which I admire but I wish this had happened at the end of an explosive episode instead of at the beginning of an episode that Sam is barely in after Reign is defeated. We could have at least seen the aftermath with her and how it affects her.

Argo is so dull. I don’t know what it is but I just can’t bring myself to care at all about this. It sucks because all Kara has to do this episode is hang out there and it’s beyond tedious. I shouldn’t be bored anytime the main character is on screen.

There are two major things wrong with the big Mon-El scene. Him confessing his love for Kara is something that I have been dreading the entire season. I genuinely like these two as friends and partners. There was mature nature to how that friendship was handled; Mon-El had moved on and Kara had to find a way to do that as well. They very nearly make out towards the end after Mon-El reveals his feelings. I feel like that’s a massive regression for both characters. Imra did tell him to figure his feelings out but it still feels low for the two considering Mon-El is married. My other problem is that the scene is obviously calling back to Kara’s dream from the beginning of the season. That I liked a lot until Kara flat out states this in dialogue. And then, even worse, the show flashbacks to the dream. That got under my skin so much. I am not an idiot; I understood what was going on in the scene and what Kara was feeling in the moment. It worked just fine until the writers decided to severely bash me over the head with it.

This is a disappointing episode. Reign was such a good threat and foil for Supergirl and it sucks to lose her in such an easy manner. The episode is split in two after that opening; Argo and National City. The latter is pretty good. The writers handle a controversial subject with a lot of maturity and don’t just use it as a mouthpiece. It informs the characters and moves them to a new place. Unfortunately, Argo is dull city. But that’s where the protagonist is and she feels so useless and unimportant to show at this point. Kara’s story should not feel like the needless subplot and it makes the episode tedious to watch.