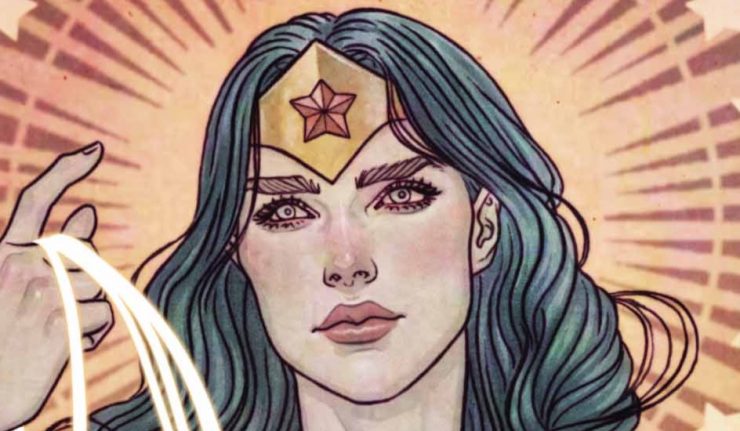 I like the cover by Stephen Segovia and Romulo Fajardo Jr. It looks good and is well drawn.

The interior art is by Jesus Merino with colors by Fajardo Jr. The issue features great art. Merino is able to capture the scale of this battle well which makes the book exciting.

While I’m still not crazy about the Dark Gods having humanoid forms, they are more effective threats in this issue. This group is attacking the world psychologically. Each Dark God is affecting a different part of the world in a different while all of them end in death and destruction. There is a real sense of fear and tension that arises from these scenes. Robinson effectively showcases specific individuals and how they are affected. This issue raises the stakes quite a bit.

I understand why this happens but the cover is a little misleading. Wonder Woman does not fight Savage Fire in this issue but it’s not a big deal.

This is a great issue. The fight between Wonder Woman, Jason and King Best is a lot of fun helped by great art. The Dark Gods are made a much bigger and scarier threat than they were before by portraying specific citizens and what the Dark Gods do to them. I’m still not in love with their designs but their methodology is interesting. I enjoyed this book a lot.