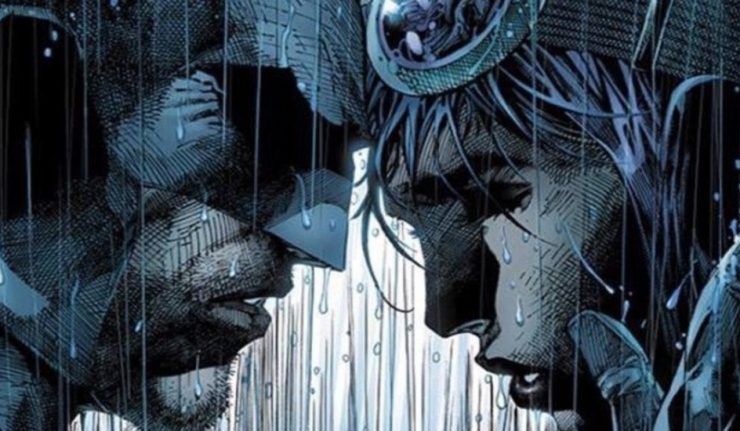 Perhaps one of the longest builds in recent comic lore, the ending to the marriage of the Dark Knight to his longtime love interest Catwoman, will hit shelves July 4. While many expected a rogue to crash the wedding and ruin the Cape Crusaders only chance at happiness, a new villain popped up late this weekend to spoil the ending to King’s longtime build.

The New York Times (NYT) spoiled the events of the upcoming book in a review that has people pretty angry including the book’s writer, Tom King. King took to Twitter to assure fans this issue was only the beginning of Batman’s love affair and will continue despite the spoilers and fan outrage.

King is signed on for a 100 issue deal following the departure of New 52’s Scott Snyder run with the Dark Knight. Being that Batman #50 marks only the halfway point of his tenure, the story has more time to unravel and lead into something greater we never saw coming or perhaps original plans will shift due to the fallout of recent events.

While it’s clear King has planned the events far in advance, some fans have questioned if DC Editorial Chief Dan DiDio stepped in to change the ending of the book.

While the comic’s ending saw some surprise characters in the last panel, The New York Times seems to be the most outlandish villain of the whole saga. While they did spoil the comics ending, NYT questioned how they could avoid spoiling similar events in the future.

Famous for its reviews of art and books, comics are slowly breaking into the high brow review boards as a surge of comic book films and TV shows have breathed new life into the once-faltering industry.

Are you satisfied with King’s ending to Batman #50? Will you be picking up the book on the 4th of July? Can the Batman ever truly be happy?