Robin discovers that the only way to be taken seriously as a superhero, not a sidekick, is to get his own movie. The Teen Titans then embark on a mission to obtain an archenemy to fight to show Warner Bros. Studios that Robin deserves to be on the big screen.

The movie was very lighthearted and funny while the Teen Titans poke serious fun at DC Comics, superhero movies, comic book fanboys and even DC’s own competition, Marvel Comics.  The fun begins from the very start as DC Films modified the opening graphic of the major DC Heroes to be animated in the style that Teen Titans Go! is drawn, followed by a mockery of the opening graphic used by the MCU of comic book pages flipping to show a comic book being read by a seagull.  The comedy doesn’t let up as the first “fart joke” of the movie happens in the first five minutes (which is seen in the trailer), as Beast Boy puts a hole in Balloon Man’s butt as a dance off occurs, because we know how much the show loves “fart jokes” and dance parties.

Wonder Woman (Halsey), Jon Stewart (Lil Yachty) and Superman (Nicholas Cage) then show up. Congrats to Nic Cage for finally getting the chance to actually play the Man of Steel and save the day.  Before Balloon Man meets his destruction at the hands of the Justice League, the writers take a shot at Marvel by the early villain asking the Titans if they are the Guardians of the Galaxy and then asking if they expect to defeat him with a “dance off”.

The movie progresses with its usual, even taking a shot at Back To The Future as they go back in time, total pun intended, to stop the superheroes from becoming superheroes, but of course that plan totally back fires.  Teen Titans Go! To The Movies even takes a big shot at the “Martha Scene” from Batman v Superman: Dawn of Justice, which was very funny and very needed as we DC fans need to admit that some things in our universe are ludicrous too.

As the awesome musical scenes come and go, the rave scene that takes place on Krypton is awesome, and during a moment of dialogue on the Warner Bros Studio Lot, the most unexpected thing happens — Stan Lee makes a cameo!!  Stan gets some great dialogue especially the line, “this is a DC film?  I can’t be here” and runs off camera.  Yes, Stan Lee is in Teen Titans Go! To The Movies…I looked it up, it’s really Stan Lee….to mock his cameos in all of the MCU movies.

Will Arnett as SSLLLAAADDDEEE “don’t call me Deathstroke” Wilson is amazing; only Will Arnett can make Slade Wilson funny, and the constant referral to him as Deadpool by the Titans is amazing, since he did come first and Deadpool should compare himself to Slade, as Arnett points out in his first meeting with the Titans. 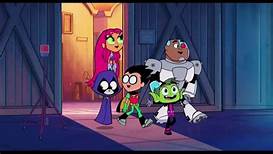 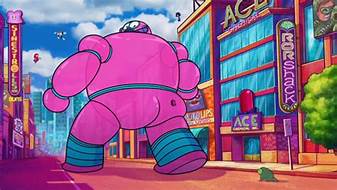 This movie felt like two movies put into one.  The first half is a light-hearted musical comedy with lots of references to DC and Marvel and the irony of the fans, then the second half is the more serious struggle between hero and villain and the hero coming to grips with the idea that he is just normal, the hero being Robin.  If the movie hadn’t switched direction mid-movie it would have received a 5/5 rating from me.

Many DC fans hate Teen Titans Go! but this movie is great.  It has some great musical scenes, some great story from Horvath and Jelenic and some awesome cameos from the entire DC Universe, heroes and villains alike, and just a good movie from start to finish with a mid-credits scene that will leave hardcore Teen Titans fans in excitement.

CW’s Black Lightning Will Be Creating Their Own “Lightningverse”