MAD Magazine Is Coming To Snapchat 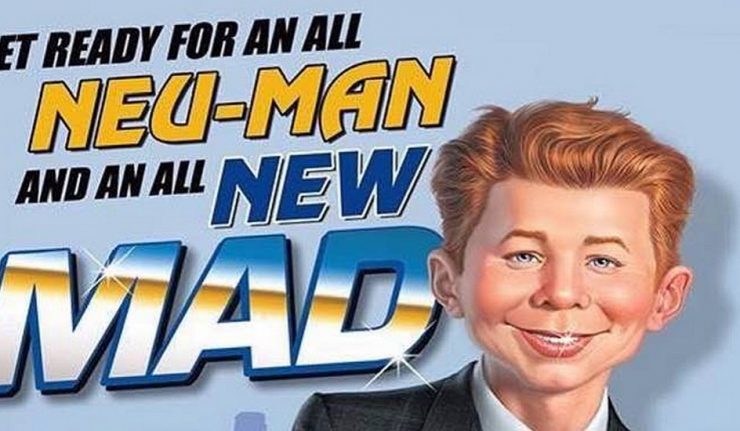 Social media platform Snapchat will team with MAD Magazine to produce exclusive satirical content to be released via Snapchat, according to Deadline.

“We’ll be taking on sports, celebrities, politics, pop culture and anything else in the zeitgeist. Nothing is off the table because nothing has ever been off the table with MAD,” said DC Comics creative advisor John Ficarra.

“MAD Magazine had a big impact on me growing up and definitely formed my sense of humor,” added Peter Girardi, Executive Vice President of Warner Bros.’ Blue Ribbon Content. “We are now bringing MAD’s unapologetic humor to new audience.”

“We can’t wait to see the classic work of iconic artists like Al Jaffee and Sergio Aragones and beloved franchises like Spy vs Spy reimagined for Snapchat,” said Snap’s head of original content, Sean Mills. “The creative possibilities of combining the singular MAD sensibility with our mobile-native format are really exciting.”

Mad will provide content through Snapchat seven days a week, with the first MAD snaps to go out on September 1.