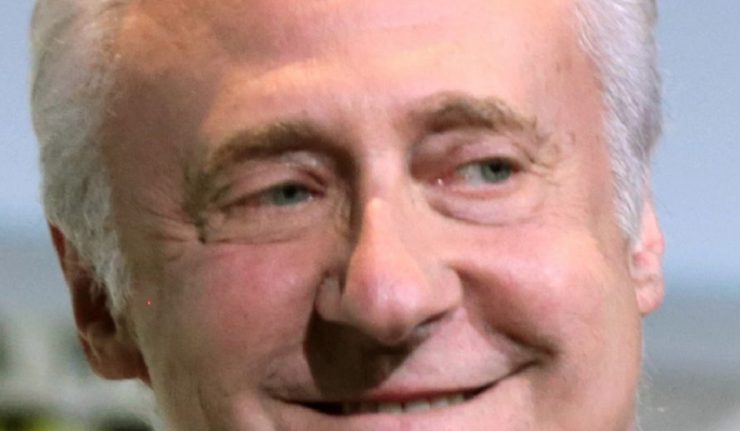 For seven seasons and four feature films, actor Brent Spiner portrayed Star Trek: The Next Generation’s Lt. Commander Data, an android always endeavoring to come as close to human as he could. Then he appeared in both Independence Day films as Dr. Brakish Okun, a scientist endeavoring to understand extraterrestrial life and how close they are to humanity. Now, Arrowverse producers have brought in Spiner in a capacity that is the flipside to that: What does it mean to be an alien among humans?

In the fourth season of Supergirl, Spiner has been cast as US Vice President Baker, who will hopefully interact in scenes with US President Olivia Marsdin, portrayed by Wonder Woman actress Lynda Carter who made a big splash in season two as a fellow alien in hiding like Kara (Melissa Benoist) and J’Onn J’Onzz (David Harewood).

Here is the official description for Spiner’s character: “Adept and politically minded, Vice President Baker makes for an unlikely leader, but steps up in a big way when his country needs him most.” Beyond that, facts like Baker’s first name and agenda will be revealed during the course of the season.

Regarding the fourth season, this year’s overarching storyline will take influence from a DC Elseworlds tale entitled Superman: Red Son, which involved Kal-El’s ship landing in 1950s Russia at the height of the Soviet Union and Superman raised as a Communist. This decision revolves around the fact that an exact duplicate of Kara appeared naked in the middle of Siberia in the cliffhanger finale last year. The main antagonists this year will consist of a new anti-alien organization known as The Agents of Liberty, which could present a problem to Marsdin’s administration and one where Baker has a role in either solving or contributing to.