This lighter side of the Scooby-Doo comics contains three stories that have all of the standard Saturday morning hi-jinks we expect from the Scooby-Doo series.  “No Just Yeti” finds the Scooby and the gang in a bit of twist as they encounter a Yeti in a climbing gym.  The ending is a bit of a cliff-hanger….no pun intended.  “The Free Loading Ghost” immediately picks up with Velma, Shaggy and Scooby concluding an investigation, and encountering a ghost who has a very distinct interest in all of the teen detectives.  Finally, in “At Least That Beast”, we find the kids in the Congo investigating a dinosaur sighting at a diamond mine.  Add the appearance of a witch doctor, and you get a deeper mystery than they expected.

In each story, you get the components of a great Scooby-Doo episode – Scooby Snacks,  “Zoinks”, Velma looking for her glasses, and “I would have gotten away with it if it wasn’t for you annoying kids!”.  The “Yeti” story literally leaves one to figure out who is the culprit in the escapade as the author doesn’t reveal who it is.  I found that to be pretty cool interpretation as it could have been any of the three suspects and you as the reader gets to decide.  “The Free Loading Ghost” provides enough bait to get you to want to buy next month’s issue as the story is not resolved, and leaves you wanting to know why this ghost has such an interest in the young detectives.  “At Least the Beast” provides the succinct wrap-up story that a Scooby-Doo tale is known for, complete with the unveiling of the criminal and Velma’s notorious monologues to help the reader connect the dots.  Overall, each story provides the reader with something old and new in this issue.  In this current comic age of updating characters to fit darker themes, this comic is a refreshing introduction to kids who want their mysteries a little bit lighter. 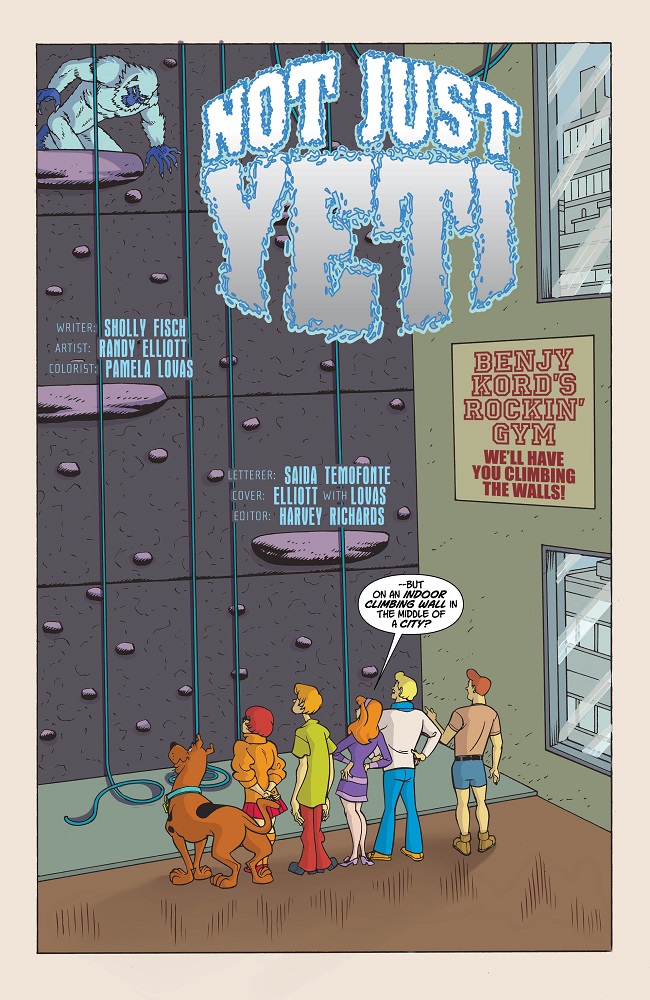 This is not a negative, but a constant question as to how the kids have such an enormous budget to get them to the Congo?  You really have to suspend reality a bit to buy into the fact that the Scooby gang are world-renown detectives for hire.

I give the comic four stars as the new format of a cliff hanger ending and an ending where you pick the villain is an awesome twist to an old comic format.  Scooby-Doo comics are a great way to teach kids critical thinking skills as well after you see the evidence, and they pick who is the culprit.  So if you enjoy the game of Clue, you should pick up this copy of Scooby-Doo!  Where Are You?