Eon and the Ravagers are on the attack in the atmosphere of Penelo. Eon and Gardner face off head to head. Meanwhile the other Lanterns fight the ravagers and attempt to put down the fleet. 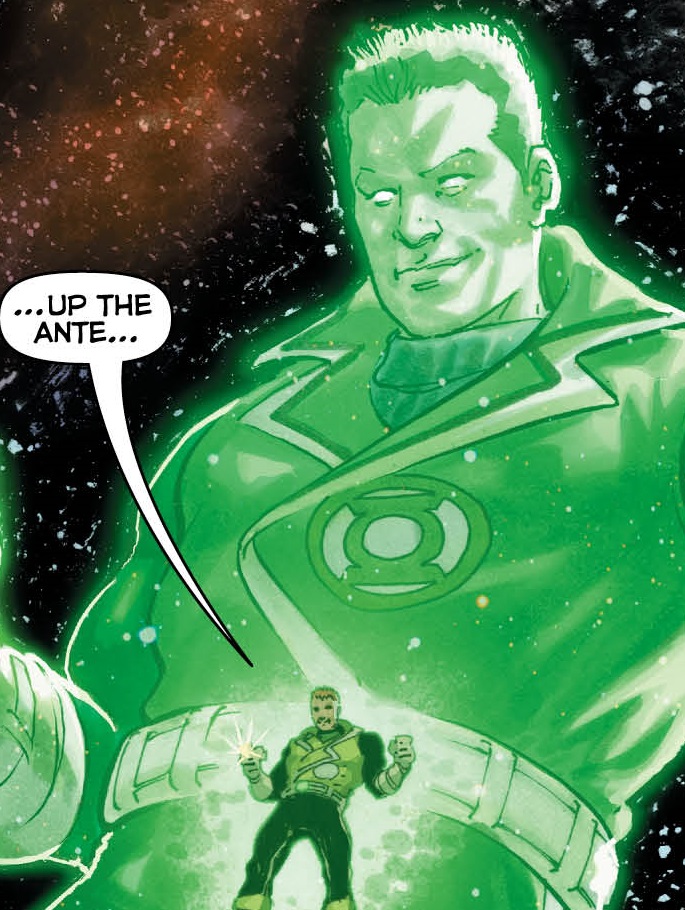 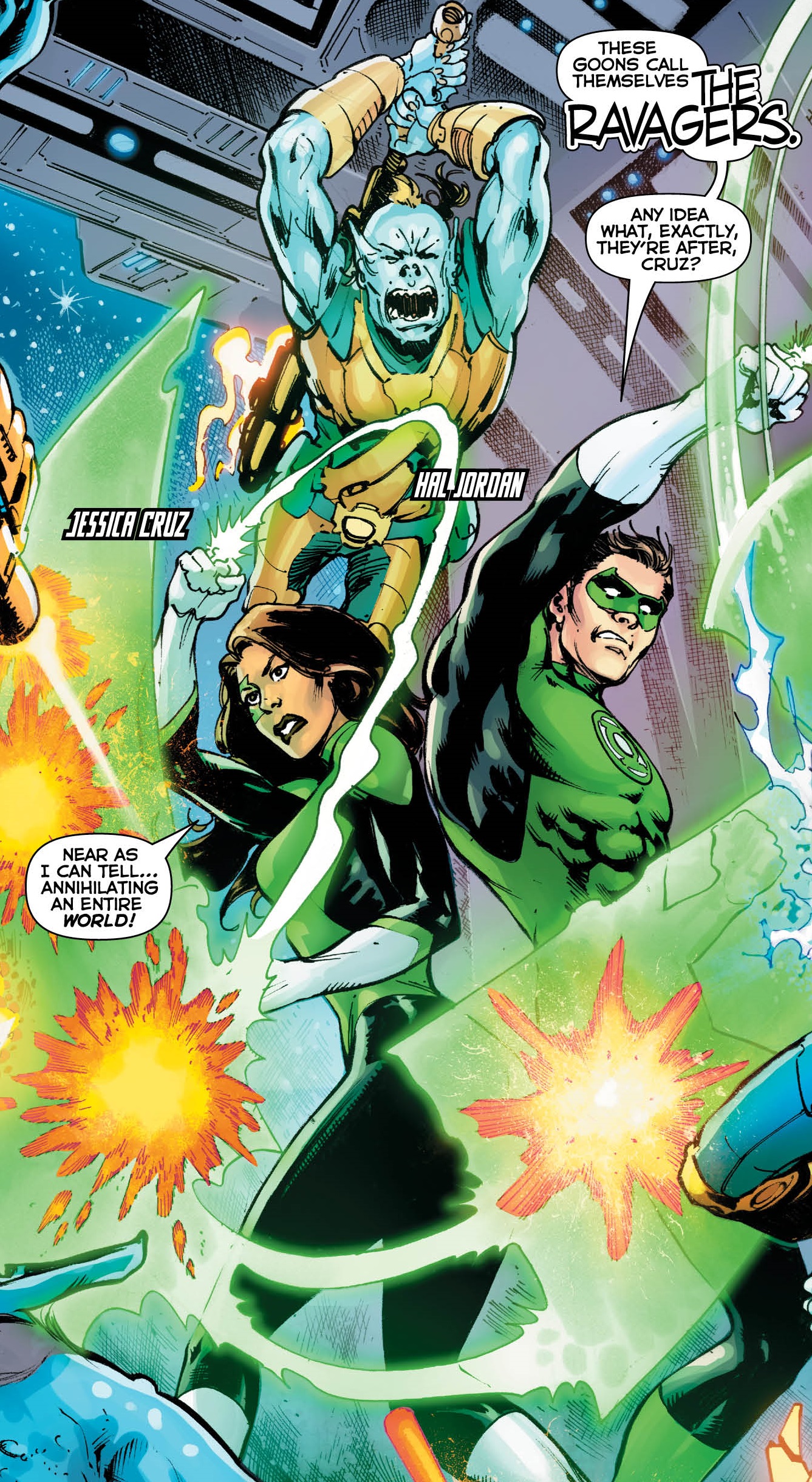 Meanwhile, Lantern Baz is guided back to earth by the unknown force in his ring. What purpose could this new force be guiding him into.

While this series has been primarily focused on Baz and Cruz, this issue really solidifies how the two rookie lanterns have come into their own as Lanterns. Cruz feels natural among the others fighting their foes, much like Baz has proven before.

One of the best parts of this issue is that the action doesn’t get dull. The creative team has done well to continually introduce new events to keep us reading. Such as Eon and Garner having a giant sized fist fight.

Whether or not it was intentional, the scenes with the Ravagers are done in prime colors giving the feeling of looking at an older comic. Santucci has given us a visual representation of the past that Jordan has referenced twice by this issue.

Because the reader was clued into the presence of an evil in Baz’s ring, his being misdirected by the ring in this issue is stressful. Not because we know it is due to a villainous intent, but because it feels as though Baz should have known. From a story telling stand point it would make much more sense for us to have learned of the presence at the end of this issue and not the previous.

Green Lanterns #53 builds on the tension of the previous issues and throws in a few of it’s own curve balls. Be sure to grab this issue today!