DC Comics had released our first look at the cover for Electric Warriors #1, drawn by Travel Foreman.

Foreman and writer Steve Orlando’s six-issue limited series spins out of the “Great Disaster” from Jack Kirby’s 1970s Kamandi series but will introduce all new characters with ties to other areas of DC’s legacy. 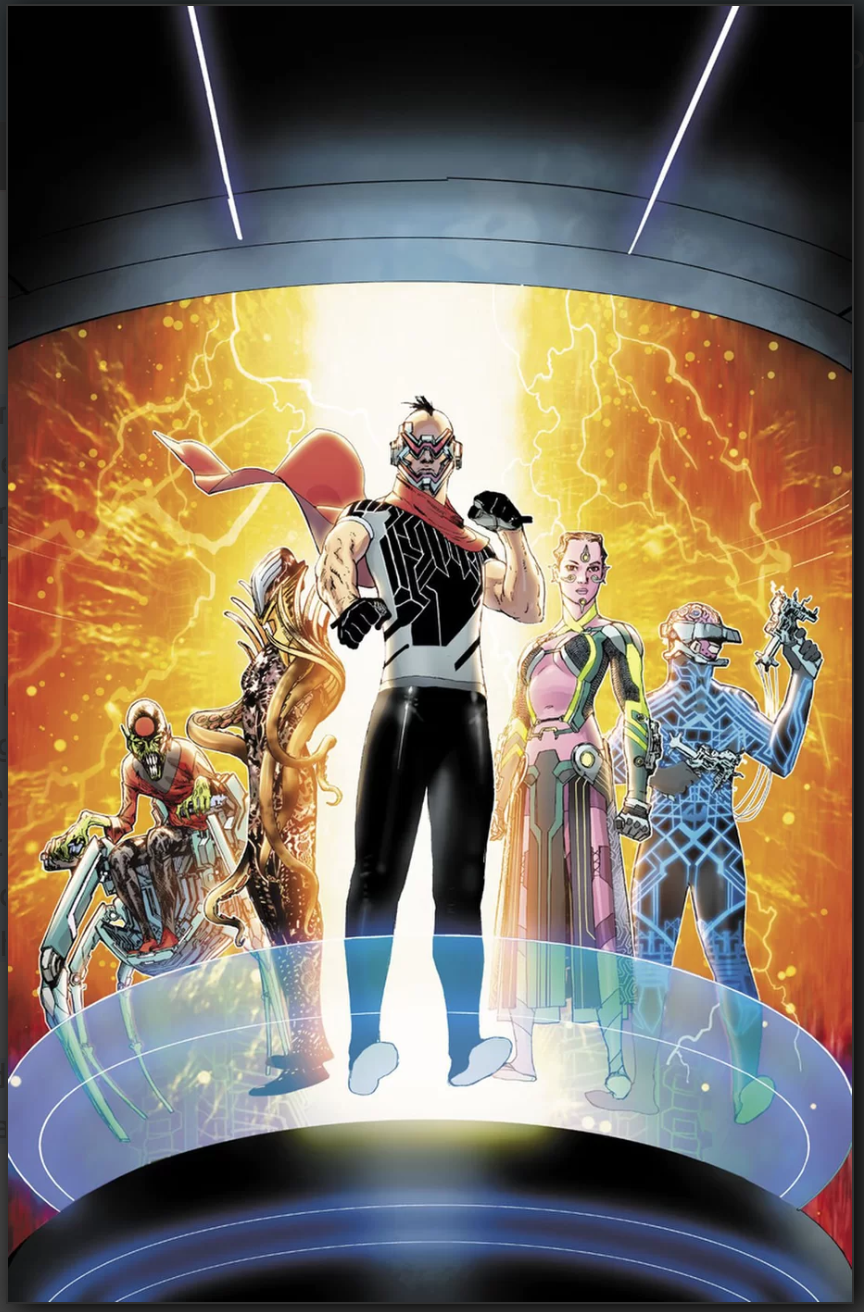 Here is the official description of the series:

“In 2735, the Earth emerges from the Great Disaster to rejoin the galaxy, finding a universe teetering on the brink of galactic war. To forestall Armageddon, interplanetary conflicts are settled through Trial by Combat, with diplomatic gladiators known as Electric Warriors. Against the bloody battlefield of the dead Sector 666, these lone warriors sacrifice their lives to ensure that their worlds may live in an always-fragile peace.”

Electric Warriors #1 is currently scheduled to debut in November.