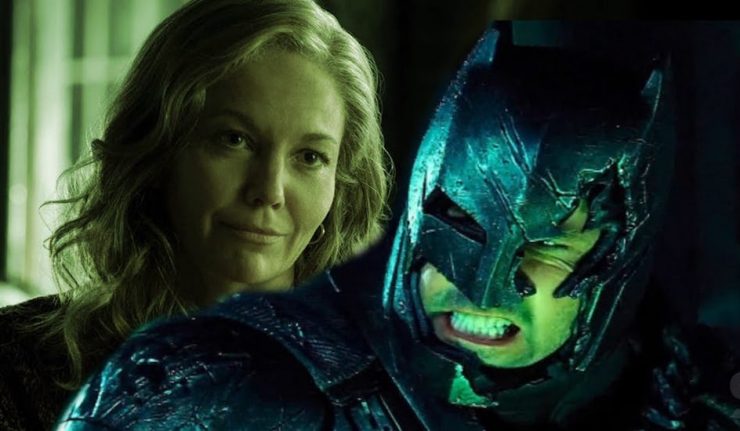 Since it’s release, Batman v Superman: Dawn of Justice has been one of the most debated, discussed, and dissected movies of not only the superhero genre but of the past ten years.  One of those deaths and discussions comes from one of the most polarizing scenes in the movie.

The “Martha moment” still comes up in discussion and debate among fans of comic books and their movies, heck, even memes mocking the scene show up all over social media from time to time.  One group who doesn’t understand the controversy surrounding this scene is the film’s crew.  While many fans who adore the film see this moment as a dramatic and powerful scene that rips the small, PTSD, rage-filled child from underneath the Batarmor and snaps the Batman out of his rage-fueled attack on Superman; which enables him to see the humanity inside the “Last Son of Krypton” for the first time ever; uniting them in their efforts to not only save Martha Kent from Lex Luthor and his psychotic henchmen in time to battle the Doomsday monster.  Others see it differently as they mock the scene and see it as just another massive failure inside the DCEU and makes the movie weak and unwatchable.

Recently, cinematographer Larry Fong has spoken out and says he doesn’t understand the criticism of and scathing reviews for Batman v Superman and other movies from director Zack Snyder.  To add to that, stunt coordinator and second unit director on Batman v Superman: Dawn of Justice Damon Caro has voiced his opinion.

“zero conversation about ‘oh, people are going to have an issue with this or not understand it or think it’s silly’ It was-and it’s so funny, Zack and I had a conversation about that, I don’t know,  a month a go, probably.  That came up and I just said ‘I have never understood’ and I don’t listen to a lot of haters, but I’ve heard the chatter of it a little bit, but I don’t understand what the disconnect was.  What the problem is with how salient that line is and the connection between having the same mother’s name allows you to connect with someone you want to obliterate from the planet because you saw him as a threat to the human race.  You saw him as a threat to humanity, then in that one moment, you realized he was an orphan and his mother’s…you saw him as you as you as a kind and saw him in that light, so that enlightened you, that made you drop and see him now, not as the enemy, but as an ally.  A fellow being wh is trying to do the right thing, to reach justice.  So no, crystal clear and very, like I said, it always made sense to me, so I’m perplexed by that one and I don’t know that I…I don’t have the answer to that one.”

Many chalk this scene up to lazy writing and incompetence from those who wrote the script for this movie and all of the hate falls on to the shoulders of Zack Snyder alone.  Yes, Snyder helped the story, but the screenplay was written by Oscar winner Chris Terrio.  Snyder has spoken about the criticisms of him and said he would not change his point of view based on some critics, but he does evaluate whether or not the idea was communicated effectively.  This means that Snyder himself wouldn’t second-guess any aspect of Batman v Superman: Dawn of Justice including the “Martha moment.”

Negative opinions have always seemed to soften as time wears on and what was once blasted by “critics” seem to have a way of becoming popular “down the road.”  Opinions on movies like Watchmen, directed by Zack Snyder, have become more favorable than they once were so only time will tell of the negative attitude from some toward Batman v Superman: Dawn of Justice and especially the “Martha moment” will begin to dwindle toward a more positive tone…someday.