“Just in time for the fourth season premiere on The CW, catch up with the most courageous Super Heroine on TV, who flies into danger to save her city as Warner Bros. Home Entertainment brings you Supergirl: The Complete Third Season on Blu-ray and DVD on September 18, 2018.”

Supergirl enjoyed an amazing third season and now this is your chance to own it! 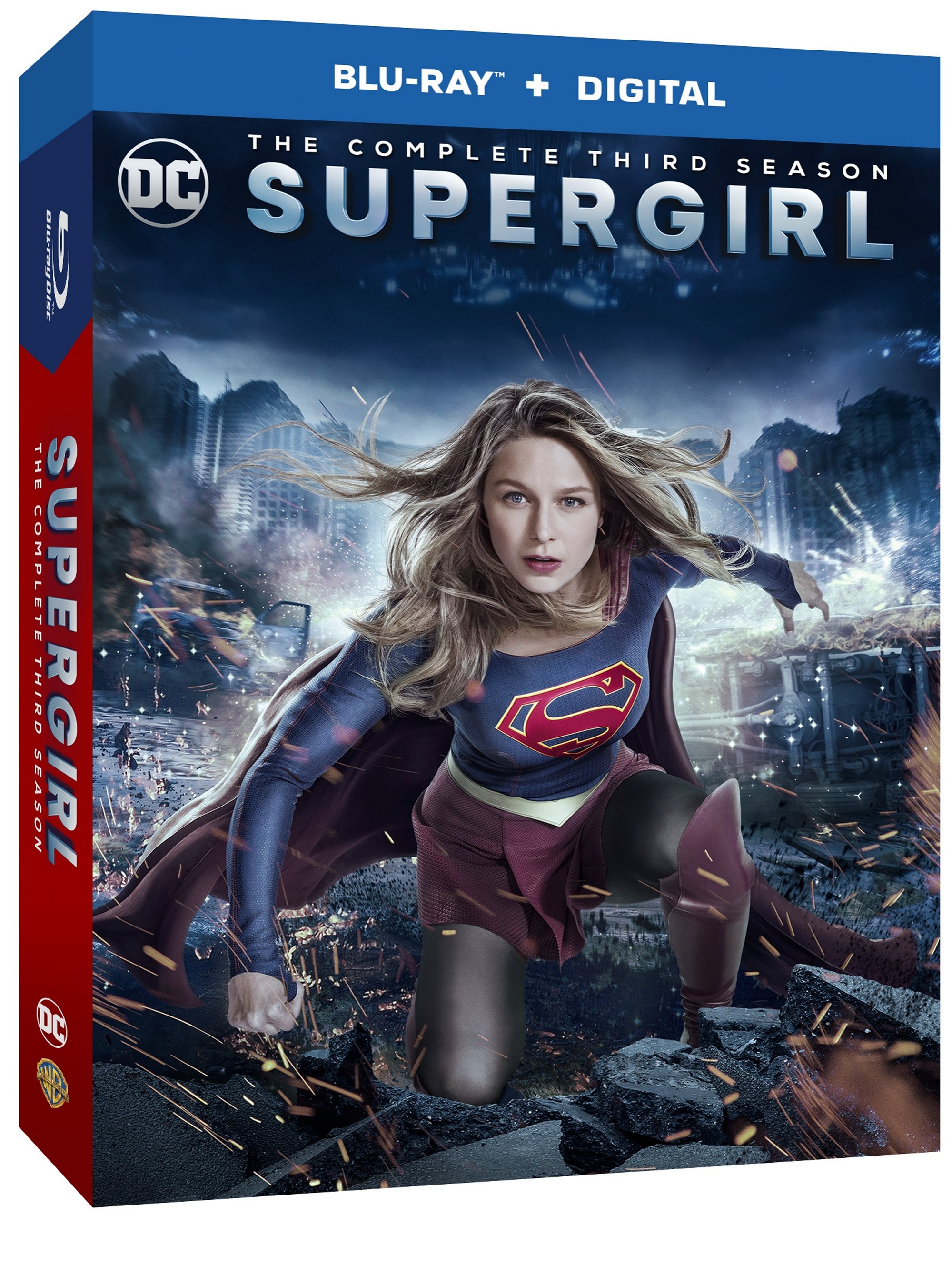 Fans can purchase the set which, in addition to all 23 super-powered episodes, contains the DC Crossover, the show’s 2017 Comic-Con panel, featurettes, and more! Supergirl: The Complete Third Season is priced to own at $44.98 SRP for the DVD and $49.99 SRP for the Blu-ray, which includes a Digital Copy. Supergirl: The Complete Third Season is also available to own on Digital via purchase from digital retailers.

With Blu-ray’s unsurpassed picture and sound, Supergirl: The Complete Third Season Blu-ray release will include 1080p Full HD Video with DTS-HD Master Audio for English 5.1. In addition to featuring all 23 episodes of season three in high-definition as well as a digital copy of the season, the 4-disc Blu-ray will also include all four crossover episodes, a tremendous value and collectors opportunity.

The Bluray and DVD combo is packed with special features!

The third season of Supergirl is also currently available to own on Digital. Digital allows consumers to instantly stream and download all episodes to watch anywhere and anytime on their favorite devices.  Digital is available from various retailers including Amazon Video, iTunes, PlayStation, Vudu, Xbox and others. A Digital Copy is also included with the purchase of specially marked Blu-ray discs for redemption and cloud storage.

With Suprgirl such a success now is the best time to catch up on season 3 and experience the behind the scenes stories that make the show such a hit! Pick it up soon!