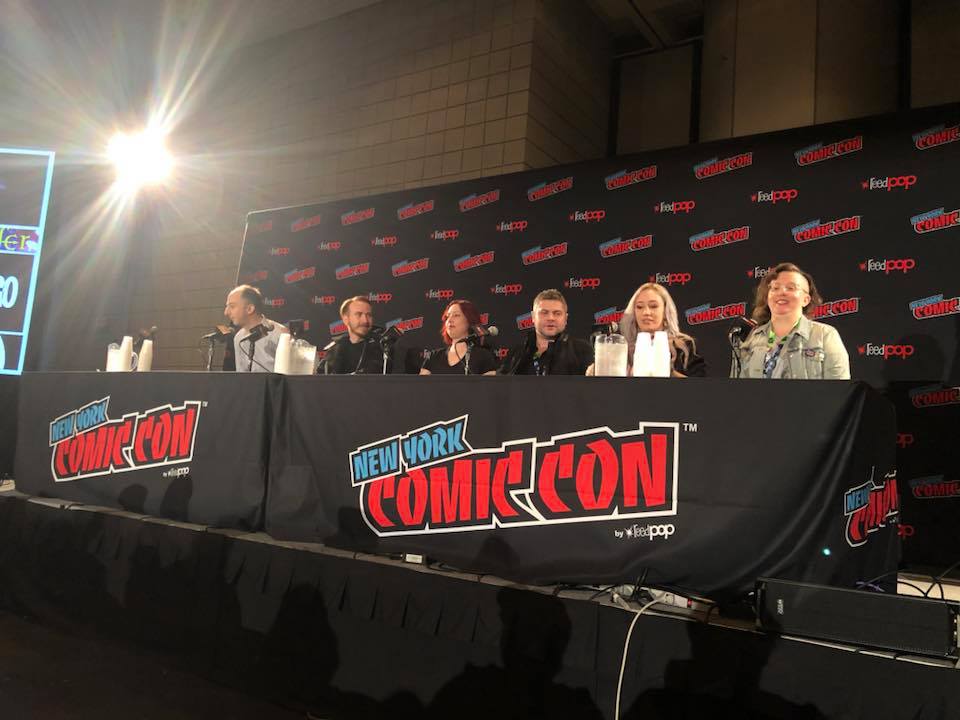 Here’s a rundown of the new books!

We see a Lucifer we haven’t seen before – rock bottom, blind and in hell. Watters also a promises a focus on horror

Kat Howard said she plans on exploring how Tim Hunter deals with everyday pressures of being a teenager while at the same time knowing he could either be the world’s greatest magician or its destroyer.

Of course we’ve known about those books for a while, but what about books outside the Sandman universe?

According to Ben Blocker he wrote Hexwives as a way to deal with his anger at the state of the world. It is the story of a group of women who don’t realize they are witches because their husbands kept it from them. What happens when they find out?

Zoe Quinn describes the book as a “magic meets cyperpunk with trash goblin characters” – Who could resist trash goblins?

Rob Sheridan ands wife were going through some rough times when he came up with the idea of a road trip adventure story set in “post-post apocalyptic” world where people are trying to build up from the ashes of the American empire.

Tina Horn gathered from her experience to tell the story of a group of “sex rebels” known as the dirty mind and explores themes of how oppressed and marginalized groups do the work of the oppressor.

These new books have breathed a new life into the imprint and show an impressive diversity of characters and experiences. In a time when more voices are yelling to heard equally yet our governments seem to be taking a step toward tyranny, Vertigo very well may be the tip of the spear driving the comics medium to be at the forefront of the challenges of culture in the 21st century.