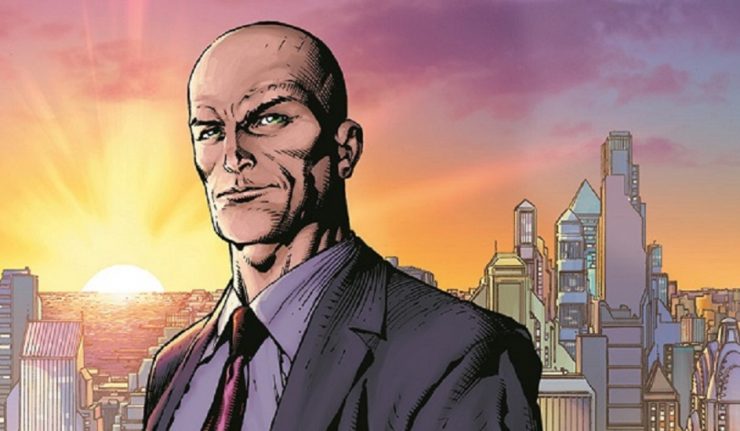 The CW announced today that iconic Superman villain Lex Luthor will make an appearance on Supergirl this season. The role will be a recurring one and casting for it will begin shortly.

Executive Producers Robert Rovner and Jessica Queller said, “We’re beyond excited to introduce iconic villain, Lex Luthor, to Supergirl and to weave him into our story this season. We’ve talked about having Lex on the show since its inception and we’re excited to have him finally arrive. We can’t wait for him to shake things up in National City and watch him go toe to toe with not only Supergirl, but his sister Lena Luthor.”

Lex will not appear in the “Elseworlds” crossover event that’s currently shooting up in Vancouver, which makes us wonder exactly how Lex, who is often mentioned on Supergirl, but has never before appeared on the show, will end up going head to head with Kara? Will he be released from prison…or escape? And how will his appearance impact Kara’s (already pretty precarious) friendship with his sister Lena? The producers suggest that she’ll be at odds with him as well. Could this bring Supergirl and Lena closer together? We’ll have to wait until we get deeper into the season to learn more, but for now, feel free to speculate all you’d like down below in the comments and keep checking DCComicsNews.com for more on this and all the latest #DCTV news!

Tags:ArrowverseDC comics newsDC NewsDCTVLex LuthorsupergirlThe CW
share on: FacebookTwitter Tumblr
previous article
Review: Cover #2
next article
Aquaman Movie Will Be Released In China Before The US