As Ralph and Caitlin help to mend Cisco’s broken heart, Barry tries to train Nora, while Iris’s investigations lead to both the latest metahuman and the team’s first encounter with Cicada.

For the first time in three years, we finally see Iris using her reporter skills to their effectiveness. After sidelining her career for the sake of Team Flash, we see her be the investigative reporter that she is supposed to be. Given the fact that S.T.A.R. Labs’ eye in the sky was brought down by DeVoe, Team Flash needs someone to cover the ground work and what better resource than social media? Iris is key in establishing Cicada’s presence to the team after they get their butts handed to them by this metahuman’s ability to negate their powers via that dagger.

The minor tease of Cicada’s civilian life is short enough to engage the audience in making assumptions about his motivations. The mess of scars on Chris Klein’s back makes him a poor man’s Oliver Queen, but it leads to presume Cicada has been doing this for a long time. The impact he makes on the team in his first encounter brings a new dynamic; can Barry and company take on an adversary on a normal human level after years of relying on his speed? Does Oliver have to be brought back in to train Barry besides the speed arrow duels?

Regarding the revelation that Barry never returns from the 2024 crisis, one thing that the writers did differently was not make this the big season-long secret and instead made it public knowledge. Now, there are disadvantages to this which I will cover in the negatives section, but I’ll focus on the advantages for now. Like last year’s big secret regarding DeVoe, knowing Barry’s final fate gives the team – and Nora’s parents – trajectory with her story arc.

Given this is the fifth year of the show, the writers are taking the same route as Arrow and focusing on year one through taking Nora back to basics. What works is that this brings Barry back to his father-son bond with Joe. The parallel between Barry’s need to prove himself to Joe in fourth grade and Nora’s desire to get Barry’s approval was a good analogy. (By the way, why was Jesse sitting down so much? It was the same thing in the premiere.) Nora is essentially Barry in year one, and it was a good move to reintroduce old footage from those early episodes as security footage for training videos.

One theme that is prevalent in this episode is that of embracing change, and I believe this will be the focus for the rest of the season. This theme was introduced in the premiere, but besides the issue of parenthood, that of moving on from a relationship that’s ended is on a real human level. Cisco is trying to move on from Gypsy, which is very difficult with every step. Carlos does a great job portraying a version of Cisco that cannot do his job, cannot move forward, and feels lost. To him, she was the one, but circumstances forced them both to break things off. While it’s nothing compared to the death of his brother, it’s still a significant loss and one that all of us can relate to regardless of the circumstances.

And of all ironies, the most common sense comes from the point of annoyance for Cisco: Ralph Dibny. In keeping with the issue of embracing change, Ralph is trying to do the same by offering help in his own hilarious way. But in his 27 steps, a grain of truth manages to get through to Cisco and it assists with Caitlin’s need to find out more about her own mystery. Given that next week’s episode is entitled “The Death of Vibe,” and that there is no plans (I think) of killing off Carlos Valdes’ character, Cisco’s vibing abilities being affected at the end post-Cicada may mean his dancing days are over. If that’s the case, then his story is just beginning and not just a handful of one-shot episodes. 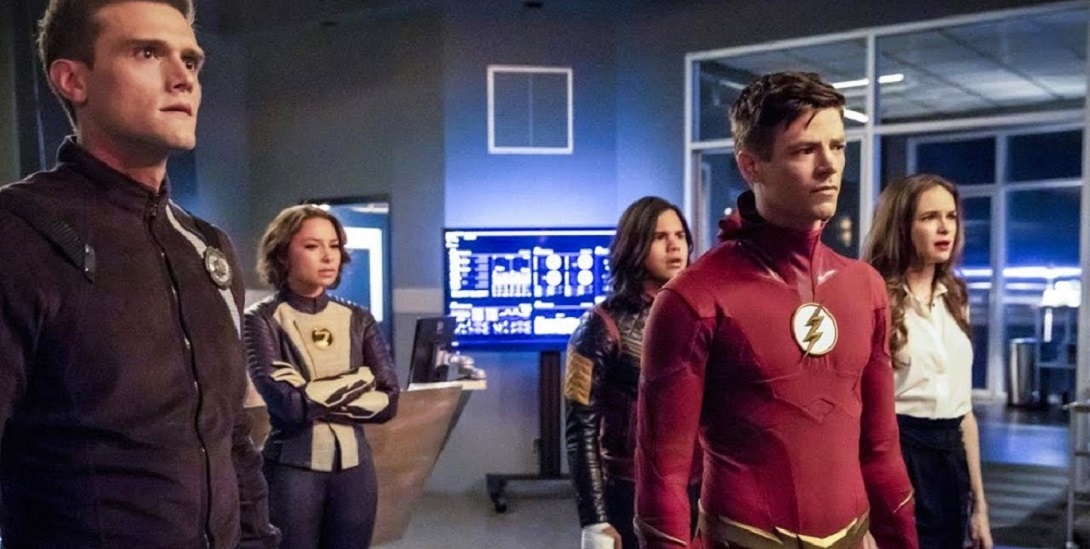 As to Caitlin’s dilemma, giving her something to figure out alongside Cisco and Ralph stretches Team Flash into an even split in terms of plot. For lack of better terms, Barry, Nora, and Iris are Team A, while the rest are Team B. The vibe Cisco provided gave both more clues and more questions. In season two, Caitlin revealed to Hunter Zolomon – posing as Jay Garrick at the time – that she watched her father waste away from Multiple Sclerosis. If that is the case, then why was his death certificate falsified by, apparently, her mother? Given her metahuman side manifested in that repressed memory, and her dad was present, that leads to two possibilities: Either Caitlin’s father is still alive, or that her transformation into Killer Frost caused detrimental health issues that her mother disguised as MS. Regardless, this puts Cait back on a collision course with her mother who hasn’t been seen for two years. It could also explain why she was always emotionally unavailable to her daughter. Further, why she wasn’t at all freaked out by Caitlin’s abilities. In short, she played dumb and pulled a “Frozen” on Caitlin (see the movie). This could give Danielle a more relevant story arc from last year.

Now we come to the disadvantages of the big reveal of Nora’s reason for traveling back in time. By holding off on the disclosure to the rest of the team, it could have made for good drama at the midseason finale. Much as how Barry rushed things with Iris in season four, he didn’t make the reasons known till afterwards and it caused friction. While it makes for providing a team who has gotten its act together beyond being reactionary, the flipside of that is it risks deflating Barry’s sacrifice, which we are at least six years away from. The writers have to handle this with care, as much as it has to handle the Nora-Iris friction as well. Also, why was Joe always sitting down in these scenes? He was seated in the premiere and NEVER got up. And when he did, it was off-camera. Did Jesse L. Martin have an accident and needed to be taken off his feet?

The metahuman this week – Block, as she is called – has powers that make no sense. Almost every meta in this show derives their abilities from interaction with physical stimuli, like Blackout (electrocuted), Mirror Master (colliding with a mirror) or Tar Pit (drowned in tar). I fail to understand how someone could manifest the ability to create bubble-like blocks of solidified air. While a creative way of death, there is no explanation. Erin Cummings feels wasted in this episode, probably for the purpose of the greater focus on Cicada. This is the second time they’ve done this this season; Gridlock had zero story. I find that the metahumans with a flashback origin worked best because you could empathize with them and simultaneously despise them. Gridlock was only the first sacrificial lamb, and Block felt like filler.

Speaking of powers, why did we not see Ralph using his abilities this week? He was just on the floor and not doing anything, whereas last year he was always stretching every which way. If the need to show his human side was more important, fine, and the budget could save a few dollars on unnecessary effects. But he’s the only member of Team Flash that didn’t get actively involved except when it came to his presence. 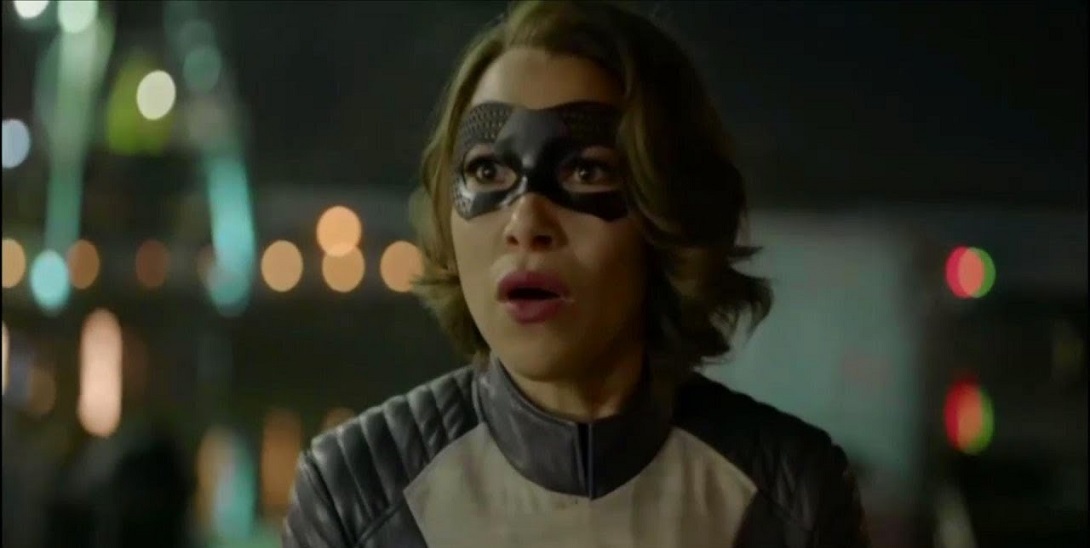 There were a few cringe-worthy moments this week, such as with Nora’s introduction to Captain Singh, deliberate or not. She is close to her thirties and still acts like a 13-year-old with similar dialogue. As to her cover as a volunteer CSI assistant, Barry had better drum up the proper paperwork to validate her credentials. Cecile’s fretting over not being able to read her baby’s mind is really stupid considering she raised a daughter to well-adjusted maturity without telepathic abilities. I’m glad they are reducing the reliance on her powers given nearly every instance last year was cringe-worthy, but the fact that she can now – or did – only access them through a direct link to Baby Jenna made us all share Joe’s headache. Even Barry meeting his Earth-2 counterpart in the second season or Gypsy’s father in retirement mode wasn’t this painful.

Even though the dynamic of two unofficial separate teams will prove for interesting stories when they eventually collide, I’m divided on the idea of Team Flash knowing about the post-crisis fate of the West-Allen family this soon. The nostalgia from season one works and the familial bonds are there and Iris is actually being Iris. It’s the cringe-worthy moments that kind of bring down the rating down from a solid four. The main villain of Cicada needs more backstory despite the intrigue, and the writers have to solidify the B-lister bad guys like Block. These people were turned into the worst versions of themselves without their consent and the back stories are what help the audience empathize. They can’t always be throwaways. The earlier seasons’ baddies were home run hitters because the crowd got to know them and how they got to this point and how they either related to or contradicted Barry’s start. Block didn’t have anything to offer besides a pretty face and a power that made no sense. I have eternal faith in The Flash, don’t get me wrong, but they have to snap this pattern of starting strong, then stumbling the next week.