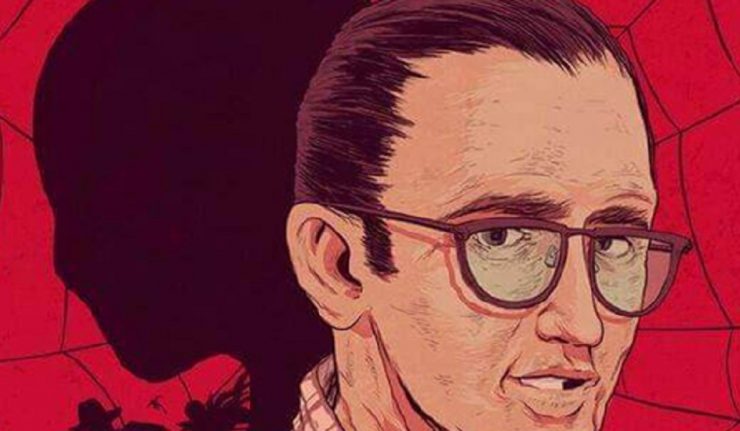 The life and works of comic book illustrator Steve Ditko are coming to the stage early this November in Ditko.  The play is written and directed by Lenny Schwartz and focuses on how the philosophies of Ayn Rand shaped Ditko’s life and work.

The play stars Derek Laurendau as Steve Ditko along with other characters comic fans may be aware of such as Geoff White as Stan Lee, Dave Almeida as Jack Kirby, Michael Capalbo as Jerry Robinson, Christopher Ferriera as Dick Giordano, Mindy Britto as Flo Steinberg, and Anne Wareham Bowman as Ayn Rand. View the description below:

“Ditko tells the story of Steve Ditko, a comic book illustrator virtually forgotten by the masses, but celebrated by comic book fans everywhere,” reads the description. “Chronicling his rise in the comic book industry, Dtiko is instrumental in Marvel’s success by co-creating two of comics most iconic characters, Spider-Man and Doctor Strange and several of DC’s silver age icons, Hawk and Dove, Shade the Changing Man, and the Creeper.  Ditko also worked for virtually every other publisher of note including Warren, Charlton, Pacific, and Eclipse, co-creating other iconic characters like Mr. A, the Question and Blue Beetle.”