Director James Wan took to Instagram over the weekend to announce that Aquaman is officially finished and locked. Counting pre-production, shooting, post-production and editing, Wan has spent the last two years on the project; unlike other DCEU properties, this one seems to have run smoothly from the start. 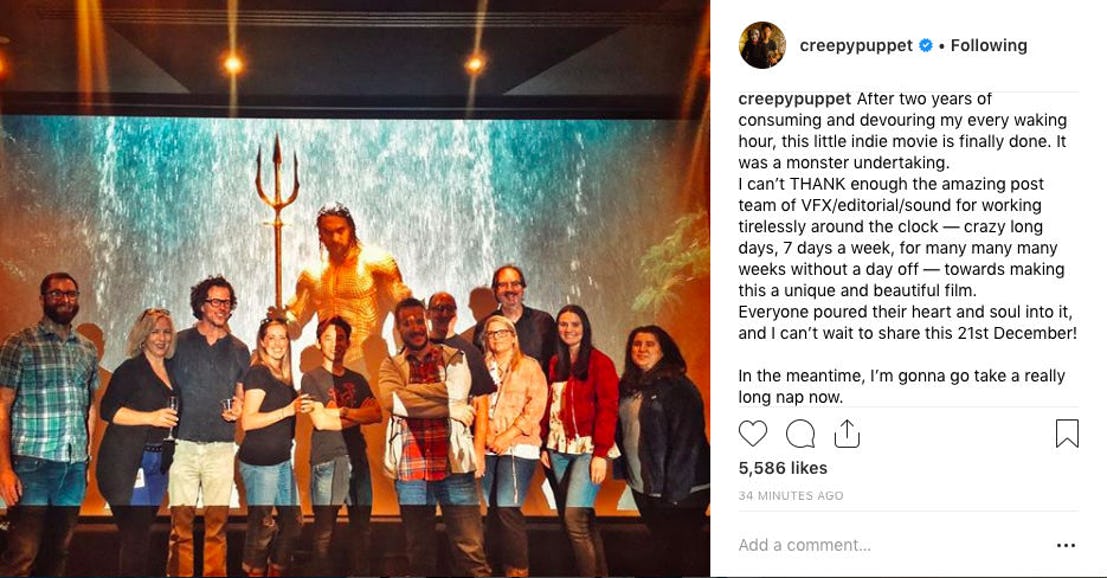 Wan’s post thanked the film’s post-production team, and revealed that he’s planning a “really long nap” before the commencement of the movie’s press tour.

Aquaman will have its red carpet premiere in London on November 26. It opens in U.S. theaters on December 21.