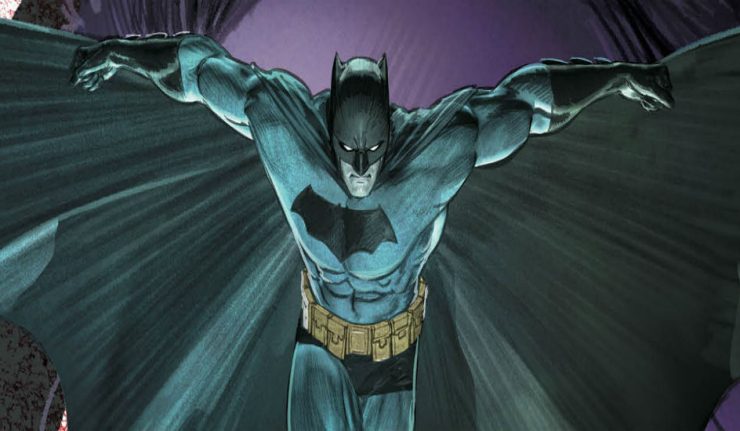 Just as the Penguin experiences an unexpected personal tragedy, a mysterious figure has appeared–apparently disappointed in their deal! Penguin’s only way to regain favor? Murder Alfred Pennyworth!

It seems that more pieces to the case of Mr. Freeze are being put together in this issue as we find out that it was Penguin that set up Mr. Freeze in the first place! The reasons why are completely unknown as of yet, but it seems that Penguin is working for someone that wanted Freeze framed. I particularly enjoyed the emotional side that we see of Penguin of this issue as well. Here when the issue starts Penguin’s henchmen tell him of the murder of Penny Cobblepot. It seems that this lost soul is Penguin’s sister–and her throat was slit wide open. Cobblepot feels loss, grief and finally anger as he attempts to seek revenge for his loss. While attempting revenge Penguin gets captured by Batman and sent to Arkham Asylum, where apparently he has a meeting with a very disappointed Bane!

I have no negatives about this issue! King does a wonderful job of conveying Penguin’s grief over his loss, and it’s great seeing a villain have an emotional moment. I always enjoy seeing the world from the villain’s perspective, and King along with Janin’s impressive work doesn’t disappoint here. We go from Penguin’s loss, to his capture by Batman, to even a tour of Arkham Asylum–all from his point of view. A real emotional moment is when Penguin sends a sniper to Wayne Manor to kill Alfred! Apparently Bane is disappointed in the outcome of the Freeze trial, and he blames Bruce Wayne! So the villain demands that Penguin kill the butler in order to send Bruce a message. The moment in itself is tense as we find Batman confronting Penguin just as he’s about to give the order to shoot!

Overall I thoroughly enjoyed this issue! The action is great, the story is emotional and very impactful and I thought that the clues to the Freeze case fit together perfect. Although we still don’t know who’s killing these women throughout Gotham it’s clear that Bane and Penguin were involved, and now it’s obvious that Bane is the mastermind. It seems that Bane pulling all the strings from the lowest depths of Arkham Asylum, and I’m starting to wonder if Bane had Penny killed in the first place as a warning to Penguin about his failure. I definitely can’t wait to read the next issue!