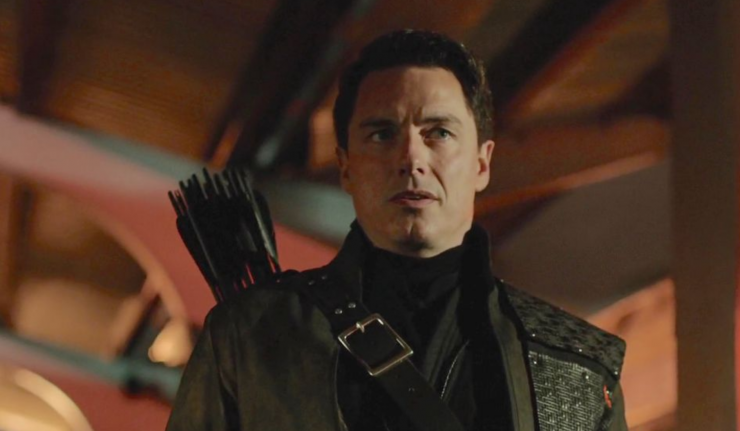 While hosting a Torchwood panel at Supanova Expo — an Australian comic book and gaming convention — actor John Barrowman announced he’ll be returning to Arrow sometime this season. While he offered no other details, he did hint that his personal Instagram page might be the place to learn more in the future.

Presumably, Barrowman would reprise his role as Malcolm Merlyn; the character died at the end of season five, though fans will recall he previously faked his death way back in season one. Whoever Barrowman is playing, there’s been no official word from the network as of yet.

Arrow airs Mondays on The CW.