“KNIGHT TERRORS”: PART FOUR. Recently reading Nightwing has been like waiting for a bus; nothing for ages, and then four come along at once! Ric Grayson may no longer be wearing the uniform, but Detective Sapienza has recruited a veritable van-load of vigilantes to pick up the slack! 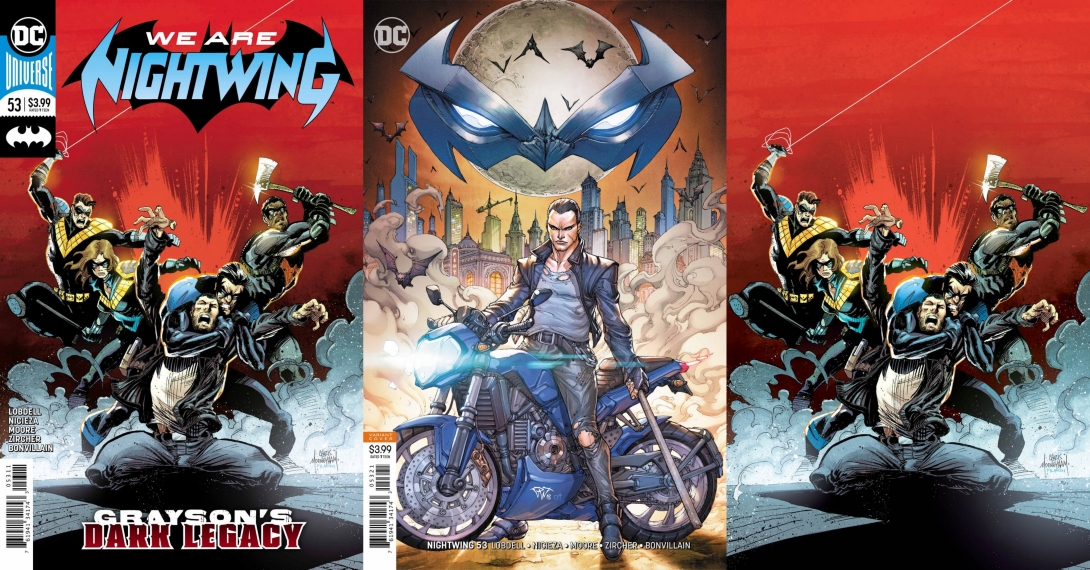 There are many; for starters I love the turnaround in this story arc. Dick Grayson was a vigilante who also fought crime as a cop, and now Sapienza and his buddies are cops fighting crime as costumed vigilantes. Throw Ric Grayson into the mix, light the fuse and stand back… I’m sure fireworks are imminent.

Scott Lobdell and Fabian Nicieza are doing a great job on this story and sticking to their guns. I know that they must be having a tough time, as fandom can be cruel, and a lot of comments I’m reading online about this story arc are downright nasty! Fear not, at least one comics fan/critic is loving this new angle and remains fully committed to see where this particular bus will be taking us.

Travis Moore is back, bringing with him the wonderful Patrick “Patch” Zircher. I like this pairing a lot. Patch has an earthier, grittier style, which helps this issue feel more like what we saw in #52 with Chris Mooneyham’s visual offerings. The great part is that even though both artists worked on different segments, the issue flowed brilliantly. (The book credits Travis as penciller and Patch as inker, but in actuality Travis pencilled and inked pages 1-5 and 11-20, and Patch handled the art on pages 6-10. Thanks for the heads up, Mr. Moore!)

Tamra Bonvillain does great color work which meshes beautifully with Moore and Zircher’s art. This issue feels urban and rich. There’s smoke, warm browns, oranges and reds which serve as a stark contrast to the bright blue of Nightwing’s costume. This makes me feel like the art team is highlighting that this guy does not belong in this suit… that’s how I see it anyway.

I am not familiar with Andworld Designs, but their lettering work in this issue is great, and their continued use of the “Knight Terrors” logo/title design is greatly appreciated. 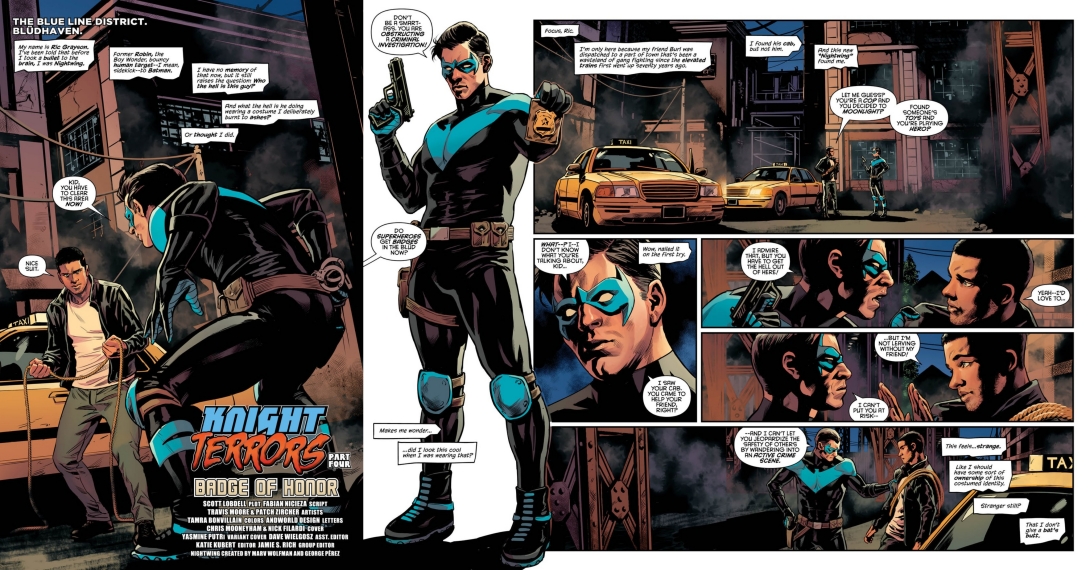 These are niggles of the standard variety. Once again, this is a solid and entertaining comic which stands up on its own merits, but the ever revolving art teams – though they’re all very good – are making the story feel a little disjointed. The recent “Witching Hour” crossover, which ran through October and November in the pages of Justice League Dark and Wonder Woman – as well as in two one-shot specials – showed that having comics with multiple artists, but with similar styles, helps the story flow visually. (Check this arc out, it’s terrific!)

I love Nightwing, and this series has been on a roll since the DC Rebirth, but I’m a stickler for consistency. 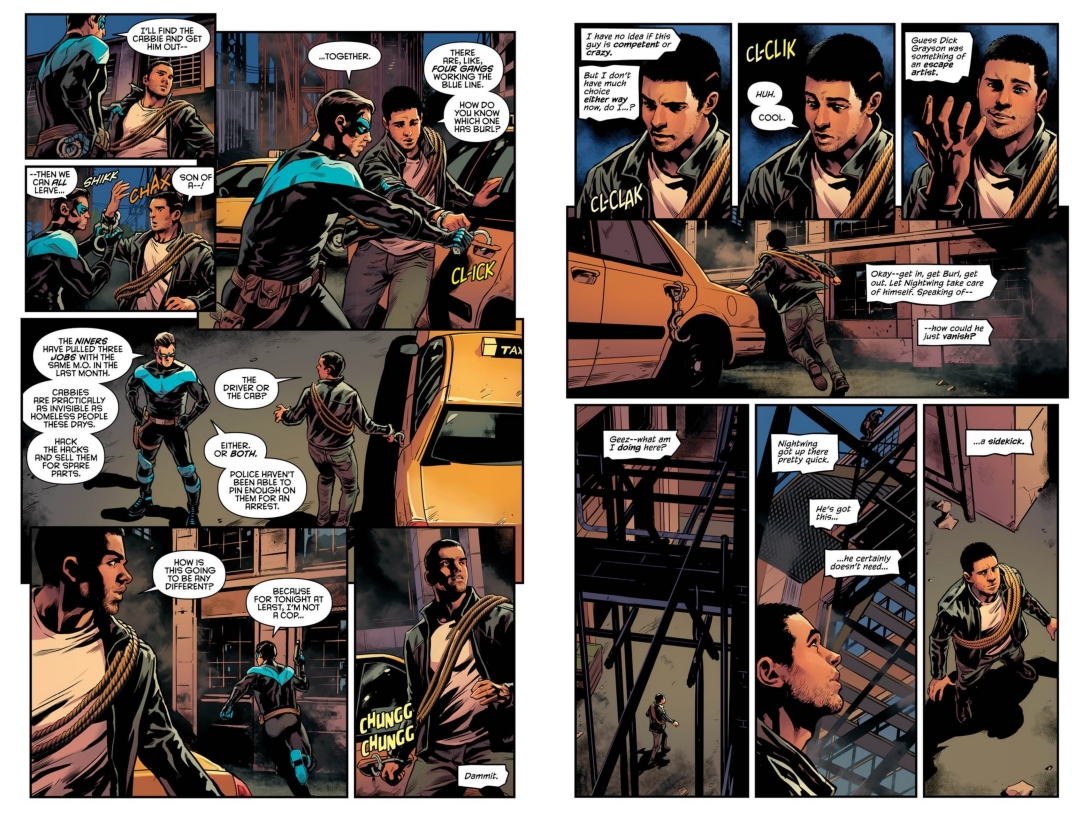 Another terrific chapter which is clearly setting up the Nightwings for a fall at the hands of the Scarecrow, whilst simultaneously building the character of Ric Grayson. This tale is stripping him to his bare bones, yet clearly demonstrating that the hero we’ve all known and loved for decades is still in there… somewhere.

All aboard route NW #54… next stop FEARSVILLE.

‘Titans’ Gives Us The First Look At A New Character