With the inception of Batwoman (played by Ruby Rose) into the CW’s Arrowverse, prior we had Kara Danvers (Melissa Benoist) alluding to her cousin working with a vigilante with demons on Supergirl. Then the infamous Bruce Wayne namedrop by Oliver Queen (Stephen Amell) on Arrow, the question is obvious: Where is the Batman?

The upcoming crossover entitled “Elseworlds” not only introduces Batwoman, but also establishes the existence of Gotham City…and the Dark Knight who has been missing for three years.

Consultant and future executive producer of the upcoming Batwoman series Caroline Dries describes the Gotham that Oliver, Barry Allen (Grant Gustin), and Kara will be entering a bleak and fallen metropolis.

“Our approach is: What does Gotham look like after the Batman has been gone for three years? So if you have the law and order, protector, and hope gone, what happens as the result? Some people are thriving in his absence because they can now do their own thing without the oversight. A lot of other people are suffering and they’re losing hope, and the city itself and its infrastructure is falling apart.”

“It’s a dead city. [It’s] the worst case scenario. The reason no one talks about Gotham is that it might as well be dead. It’s practically a ghost town.”

One of the Batman’s strengths in the comics, enhanced by Frank Miller’s legendary Batman: Year One story, is that he is basically an urban legend. He’s the nocturnal boogeyman lurking in the shadows ready to strike at criminals foolish enough to venture into. In this version of Gotham, as Grant alludes to in a scene description, that motif is enhanced by his going MIA. “Oliver is like ‘He’s not real! They made him up! It’s just a hoax to scare the citizens.’ Barry is flabbergasted by that and all he wants to do is meet Batman. It’s a very funny scene.” 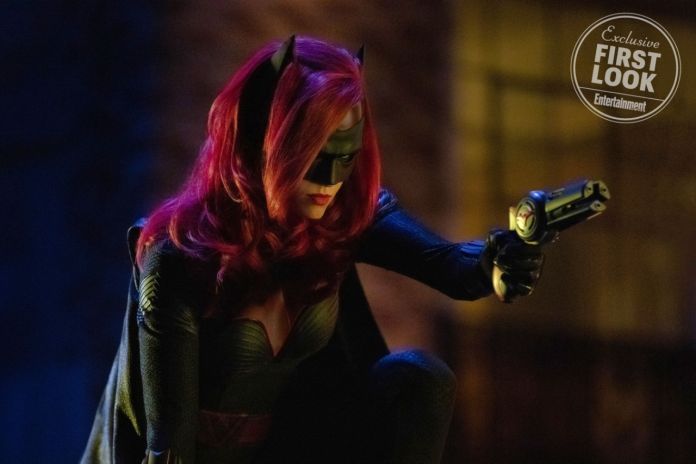 The first chapter of “Elseworlds” takes place on the December 9th episode of The Flash , followed by part 2 on December 10th’s Arrow, and concluding with December 11th’s Supergirl, all at 8/9 Central on the CW.