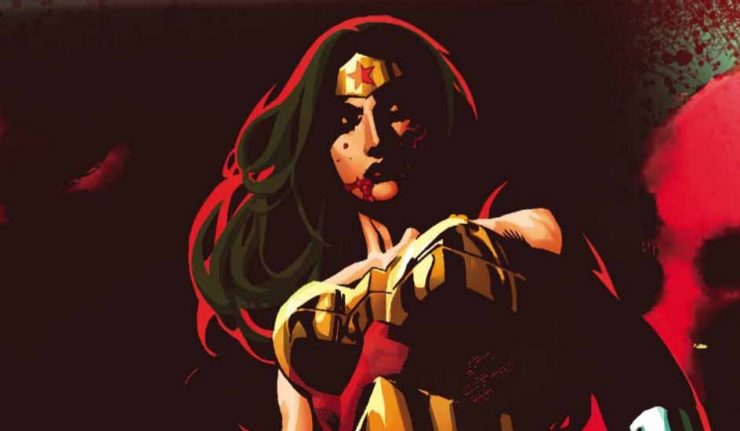 Tragedies deepen as more secrets behind the “superhero hospital” called Sanctuary are revealed! What compelled Batman, Superman and Wonder Woman to create it in the first place? How was it built? And if the hospital truly is alive via A.I., who — or what — is the brain of “Sanctuary?” Another layer peeled back in the biggest mystery woven through the entire DC Universe.

The cover by Clay Mann and Tomeu Morey is cool. I like the use of the mask; it’s a creepy image that suggests the tragedy of the event without feeling exploitative or overly violent.

The interior art is great. The work is split between Mann and Lee Weeks. Both do impressive work and it is completely consistent throughout. I didn’t even realize a second artist had taken over.

Wally West is the highlight of the issue. The story deals heavily with the fact that Wally is from a different timeline and how messed up that is. He had a wife and kids that he doesn’t anymore. Early Titans Rebirth deal with this a little but from a more soap opera aspect of Linda not recognizing him. Here, he clearly can’t deal with the fact his family’s gone and even if he manages to get with Linda, it won’t be the same as the family he lost.

In general, this issue is a lot more character focused and is where the story should have started. Sanctuary is the best concept and actually getting to see it operate is interesting. There is some brilliant writing from Tom King in this.

Unless the ending is a misdirect, I am cautiously optimistic about what is revealed. If they’re heading in the direction I think they are, this could be interesting. I did not think DC would allow it to go this way because the character in question is so marketable so we’ll have to wait and see.

Structurally, I have no idea why this is the third issue. It feels randomly placed. I think it would have worked much better as an introduction.

This is the first issue that I’ve legitimately enjoyed. There’s a lot of great character work centered around an interesting concept that finally gets to be explored a little. The art compliments the writing perfectly. It’s a great issue. 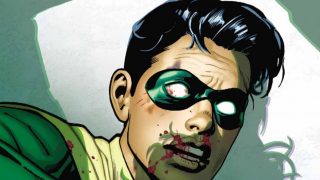 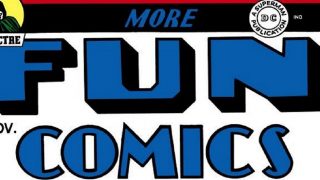 Above All Else, Comics Should Always Be Fun