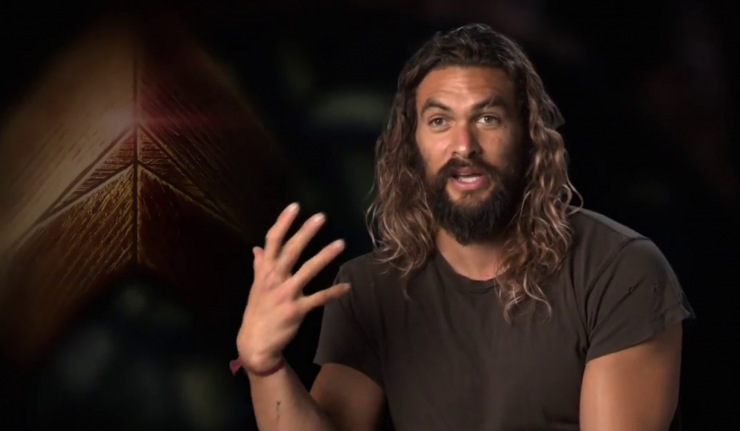 As the U.S. release date for Aquaman nears, the film’s cast and director have been on a multi-stop, multi-country press tour. Their recent visit to New York, however, left a certain star seeing double, thanks to the legendary Madame Tussauds wax museum.

Today at the Aquaman film press conference in New York, star Jason Momoa got to meet his wax figure for the very first time! Crafted by Madame Tussauds, the figure shows Momoa outfitted in his superhero costume that will debut on screens for the first time when the film is released on December 21.

Momoa shared a photo of himself with his wax figure on Instagram and it’s getting a great reaction from his fans.

The figure will debut inside Madame Tussauds’ “Justice League: A Call for Heroes” experience later this month at the Orlando (12/7) and Sydney locations (12/13).

You can watch the video of Momoa meeting his wax double on DC Comics News via YouTube.