Tom King and Mitch Gerads’s reunion for an upcoming issue of Batman has been pushed back a month; instead of #61 the story will now be in #62. Gerads tweeted the following: 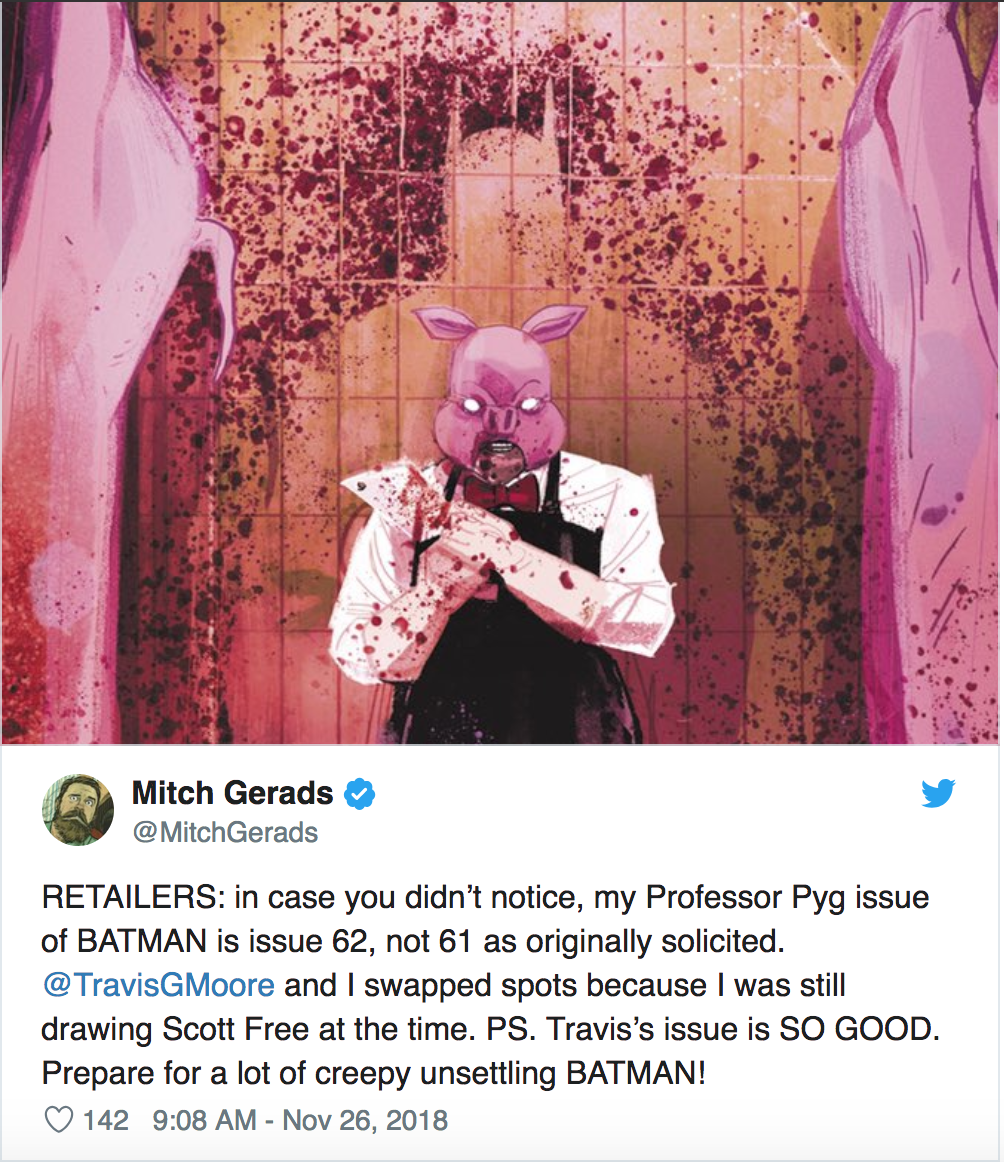 DC’s updated solicitations for both issues are below:

BATMAN #61
written by TOM KING
art by TRAVIS MOORE
cover by TONY S. DANIEL
variant cover by FRANCESCO MATTINA
What happened to the boy who wanted to be Bruce Wayne? The young criminal mastermind orchestrate his own parents’ deaths to emulate his hero and was carted off to Arkham when Batman exposed his crimes, but that is not the end of the story. Tom King reteams with NIGHTWING artist Travis Moore to create a sequel to their masterpiece of dark horror from BATMAN #38.
ON SALE 12.19.18
$3.99 US | 32 PAGES
FC | RATED T

BATMAN #62
written by TOM KING
art and cover by MITCH GERADS
variant cover by FRANK MILLER
The Eisner-winning creative team behind MISTER MIRACLE is back together as artist Mitch Gerads rejoins the Bat team for a special issue! Professor Pyg is loose in Gotham, and you know that means things are going to get weird…and bloody!
ON SALE 01.09.19
$3.99 US | 32 PAGES
FC | RATED T