Green Arrow Comic Cancelled, But Oliver Queen Is Busy in 2019 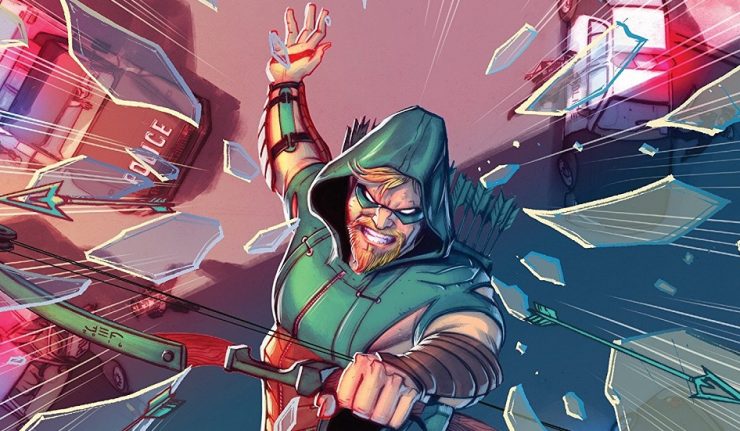 The 50th issue of the current volume of the Green Arrow comic may be its last, as confirmed by co-writer Jackson Lanzing, but don’t count out The Emerald Archer yet.

In recent months, Oliver Queen has become entrenched in much of the current problems of the DC Universe, starting with the limited series Justice League: No Justice. Entrusted with a box by The Martian Manhunter which contains the means to incapacitate The Justice League, the right-wing social crusader was placed in a pivotal yet clandestine role in the pantheon. Then, as of the events of Heroes in Crisis, his former protege Roy Harper was murdered, and he had been tempted to use the box during Roy’s funeral in outrage at Superman and company’s attempts to console him.

Struggling with grief and armed with a powerful weapon, the writers have made Oliver the wild card in the coming year’s events, which is probably why his current series was axed.

Stay tuned to see what target The Green Arrow aims at in 2019….