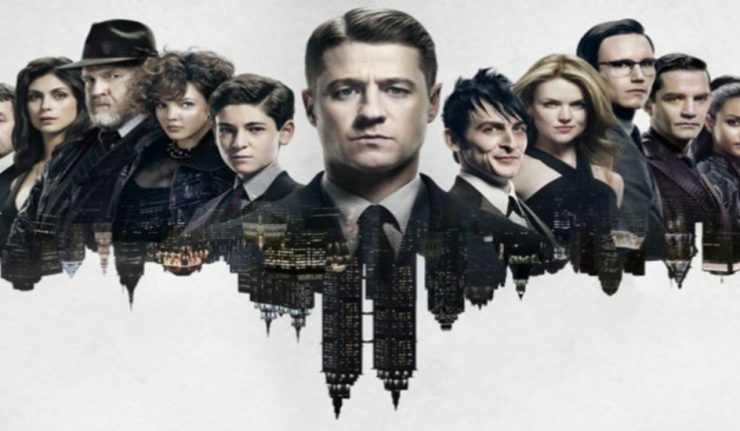 Gotham is just about ready to begin it’s fifth and final season and fans are clamoring for info on what’s in store for the final round of episodes. Actor David Mazouz recently sat down with the fine folks at CBR and had this today about the Bruce Wayne’s journey (especially his conflict with Jeremiah) in season 5.

What’s the dynamic between Bruce and Jeremiah like this season?

It’s at its most adversarial ever — than it’s ever been. There’s going to be a big showdown between the two. Jeremiah is kind of snaking his head around corners for the first part of the season, and then he has his time to shine and, boy, is it climactic. Yeah, he really goes after Bruce, and he kind of brings this very Joker-esque dogma that he and Bruce are long-lost best friends and that one can’t survive without the other, which is obviously very reminiscent of the Joker’s relationship with Batman, and of course Bruce hates Jeremiah more than anything and Jeremiah thinks they’re best friends. But again, Bruce doesn’t kill so he can’t kill Jeremiah and Jeremiah loves Bruce so he can’t kill Bruce, so it’s kind of this, you know, unfortunately never-ending cycle of fighting between the two.

Can you tease your favorite moment or scene from what you’ve filmed so far?

My favorite moment, I think… we haven’t actually shot it yet, but I will tease it. We’re shooting it next week, I think. It’s what I talked about before — it’s this very iconic fight between Bruce and Jeremiah, which is very reminiscent of other very famous incarnations of the Joker. So it’s very iconic and I’m very excited to do it.