The issue opens at an auction for the planet Earth.  There are a number of bidders, including Steppenwolf, the Dominion and…God?  Not really, just a look a like who calls himself the Shepherd.  When the Shepherd wins the auction, the Green Lantern Corps appear out of nowhere to put a stop to it, Hal Jordan leading the charge to arrest the God-like being.

The Shepherd argues his innocence and Jordan’s lack of jurisdiction, but it doesn’t stop Hal from uncovering the unsettling truth about the Shepherd which he reveals to a brainwashed Earth.  Even a visit to his friend Tom Kalamuku yields no results for Jordan.

Hal is able to expose the Shepherd’s true nature and put a final end to the auctioning by the slave traders, but Hal’s actions don’t appear to go over that well with his fellow Lanterns. 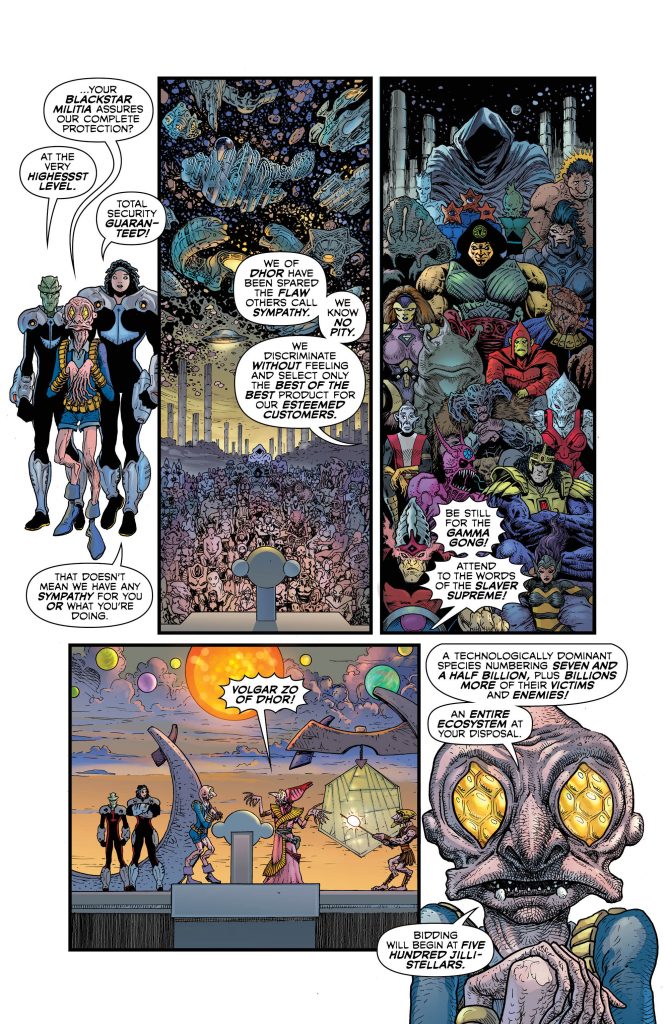 There are a lot of funny moments in this issue.  It’s a bit absurd as Hal Jordan attempts to place a being that appears to be God under arrest.  Steppenwolf’s banter during the auction is also laced with humor.  While being serious, Morrison is able to find some amusing takes that almost makes it seem like satire.

As for Sharp, he appears to be channeling some classic E.C. Comics Wally Wood in his depiction of aliens, especially the textures.  While some are clearly from the D.C. Universe, Sharp is bringing a little something extra to the party that evokes that E.C. feel.  For those of you that don’t know, E.C. Comics are some of the best comics ever made. 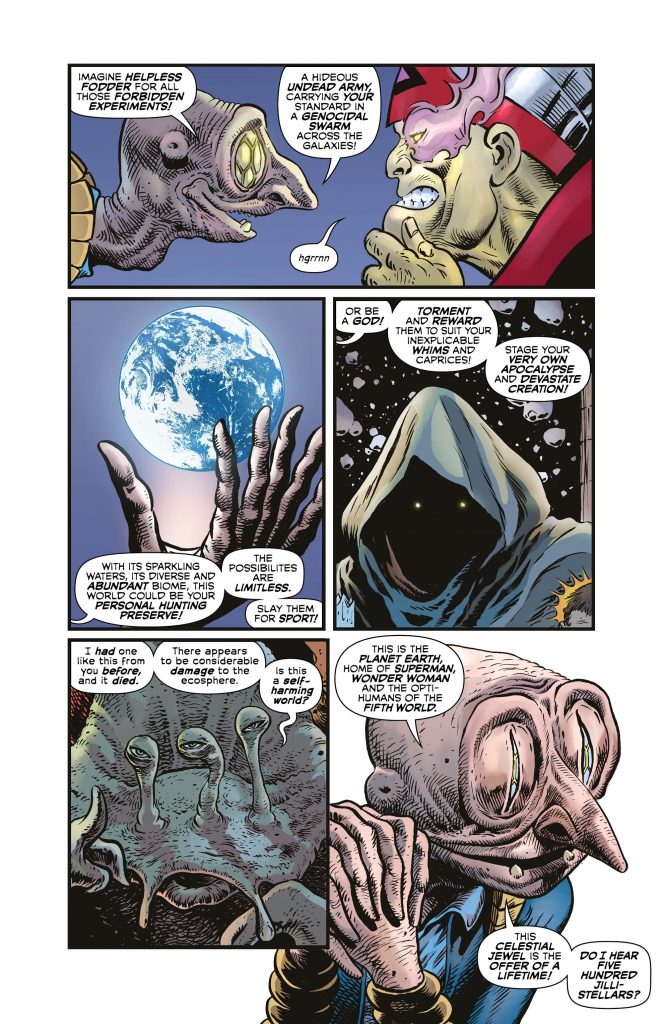 While the big ideas are working in this title so far, it really seems to be lacking quality character moments.  Green Lantern comics have been heavy on character for the last 15 years or so, and it’s startling to have to series be more plot than character based.  Despite an appearance by Hal’s old pal, Tom Kalamuku, it’s an insubstantial interaction.

One wonders if this wouldn’t work better with a new, unknown Lantern as the protagonist or with a different space cop concept entirely.  It just doesn’t feel like a Green Lantern comic. 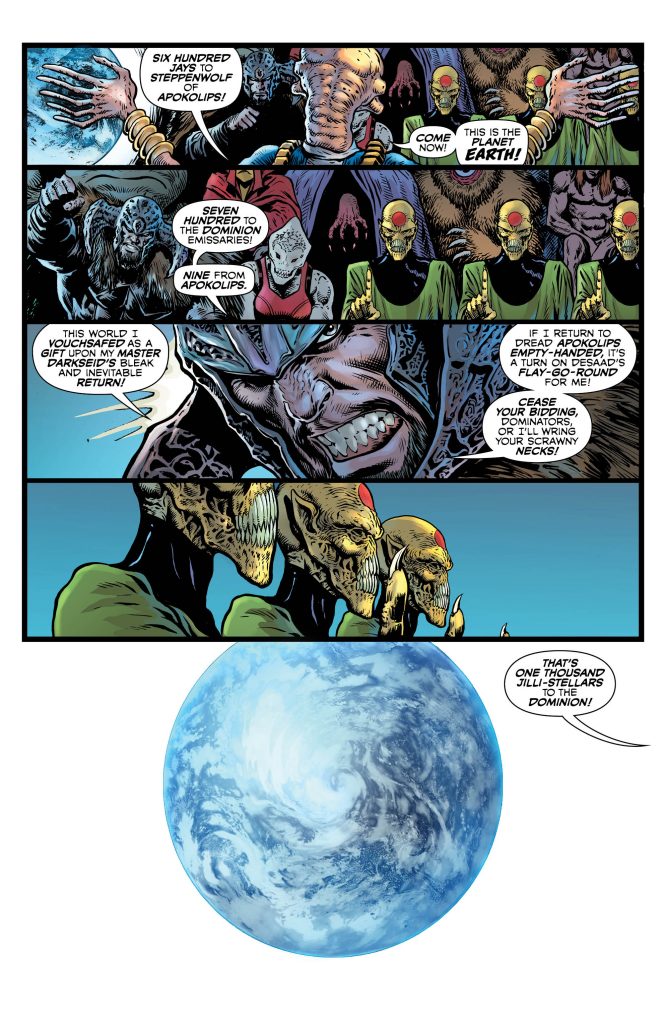 Three issues in, The Green Lantern is a bit of a jarring shift from the Green Lantern comics of the last 15 years.  While the aliens and intrigue are engaging both visually and storywise, there is a clear lack of character work missing.  So much so, that it may be difficult to get this to feel like a Green Lantern comic.  The humor in the issue leans towards satire and it’s not clear if that’s good or bad, but it was clever and enjoyable and was probably the best part of the comic along with Sharp’s Woodesque aliens.

The Death of Superman/Reign of the Supermen Double Feature Is Almost Here!