Dragged violently into a secret world of monsters, magic, and metadata, Cassandra is asked to join the group of superpowered girls who saved her in their fight against the mysterious Daemons. But Cassandra has so many questions of her own to answer first—Why was she attacked? What is the omnipotent Hermeticorp up to? And most importantly, who are these girls anyway?

Robbi Rodriguez’s cover is great. It’s big and colorful. The cover stands out very well; there isn’t a lot like this out there on the stands right now. 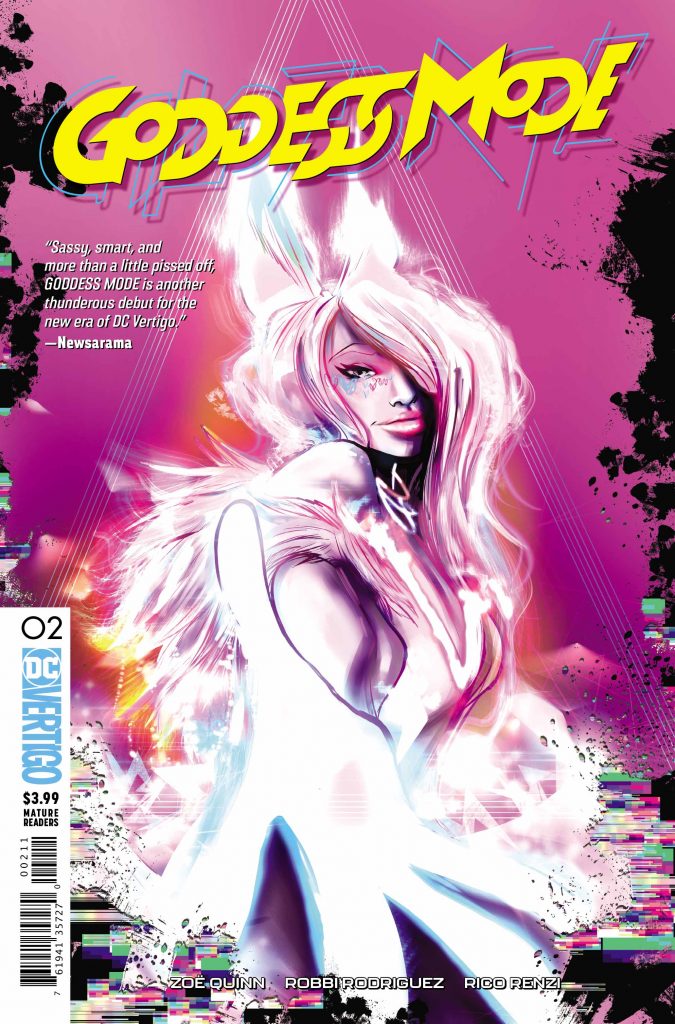 Rodriguez’s interior work is also fantastic. This kind of science fiction story lends itself very well to his style. It’s easy to get caught up in the world because of how stunning it is.

There is some fun dialogue with the central team of Oracles. Each has a unique voice that makes it easy to establish who is talking even if I can’t see them. There’s a great scene in which four characters are texting and I can tell which character was talking purely based on the dialogue which is impressive. 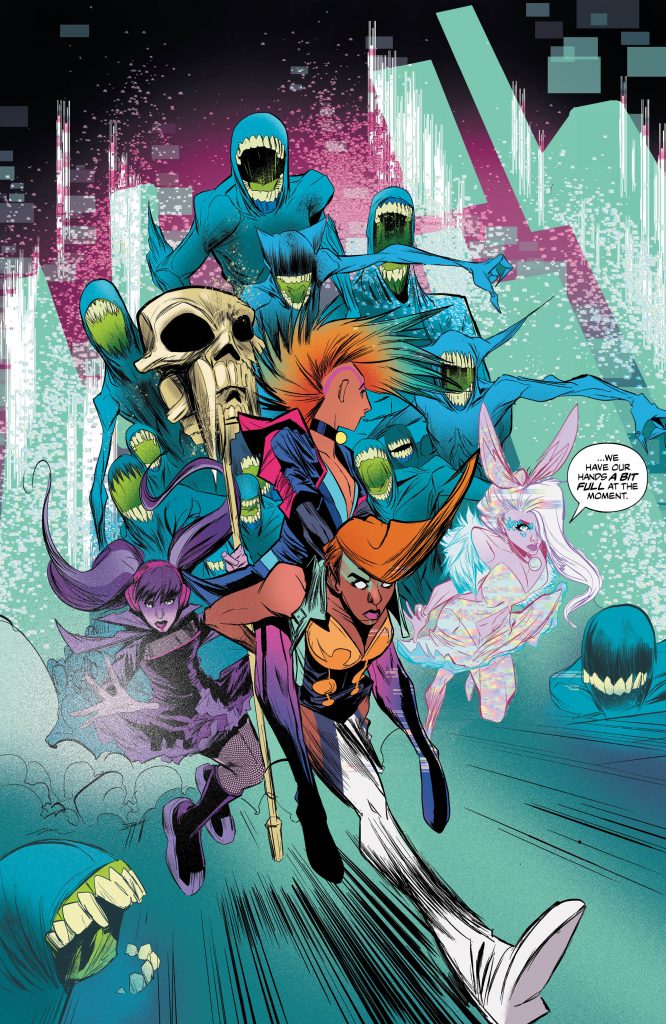 While there was some solid character dialogue, I do feel like this issue is still relying on dialogue a little too much. A lot has to be established and I get that but there is a lot of exposition and it is weighing the story down. Zoe Quinn is trying to give these sections a little more personality in the dialogue which does help but the issue still ends up feeling a little dry.

This is a story that is perfect for comics. This crazy and colorful science fiction story that is totally unique in the medium. I love this world and the way Rodriguez and Renzi bring it to life. My only complaint is that I think the issue and the one before it both struggle to establish the world and the characters in a way that feels natural. It’s a little clunky but still enjoyable.