The Birds of Prey Descend on “Arrow” 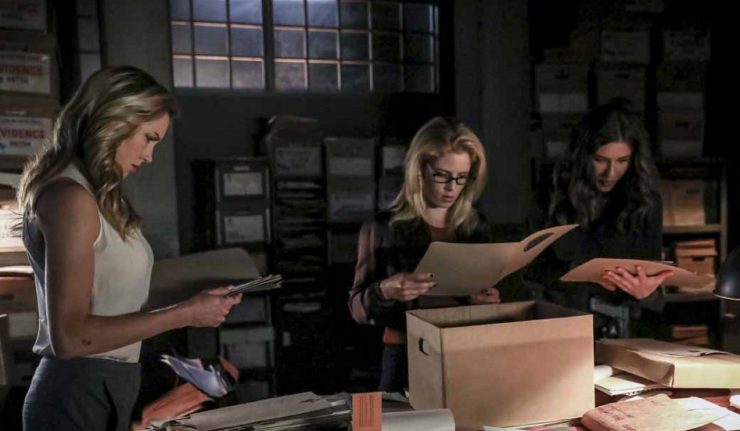 With Arrow due to return this Monday on the CW, showrunner Beth Schwartz has announced plans for Laurel Lance…and The Birds of Prey.

“We will be doing a Birds of Prey-inspired episode, that Laurel (Katie Cassidy) will be involved with,” Beth has teased. The iconic inaugural lineup in the comics consisted of Barbara Gordon/Oracle, Helena Bertinelli/Huntress, and Dinah Lance/Black Canary.

This is the latest redemptive move in the character arc of the once-villainous Earth-2 Laurel Lance aka Black Siren. The complete antithesis of her now-deceased Earth-1 doppelganger, the seventh season for Laurel has been all about honoring the memory of Quentin Lance by giving it a go on the right side of the law via through Team Arrow and her role as D.A. While her associations with the team are tenacious at best, it will be interesting as to which Birds will be joining Laurel besides “frenemy” Dinah Drake, the current Black Canary. The only other live action translations on Arrow is Huntress, played by Jessica DeGou. Could this mean the return of “Oliver’s crazy psycho ex-girlfriend” is on the horizon? Time will tell.

Catch the midseason premiere, “My Name Is Emiko Queen” at 8/7 Central on The CW.