Synopsis: After Nora gets critically injured by Cicada, Barry struggles with intense anger as he teams with Cecile in dealing with a mole in the CCPD supplying the villain with metahuman targets; Killer Frost fights Caitlin’s progress on the metahuman cure while Sherloque’s investigation of Nora attracts Iris’s attention. 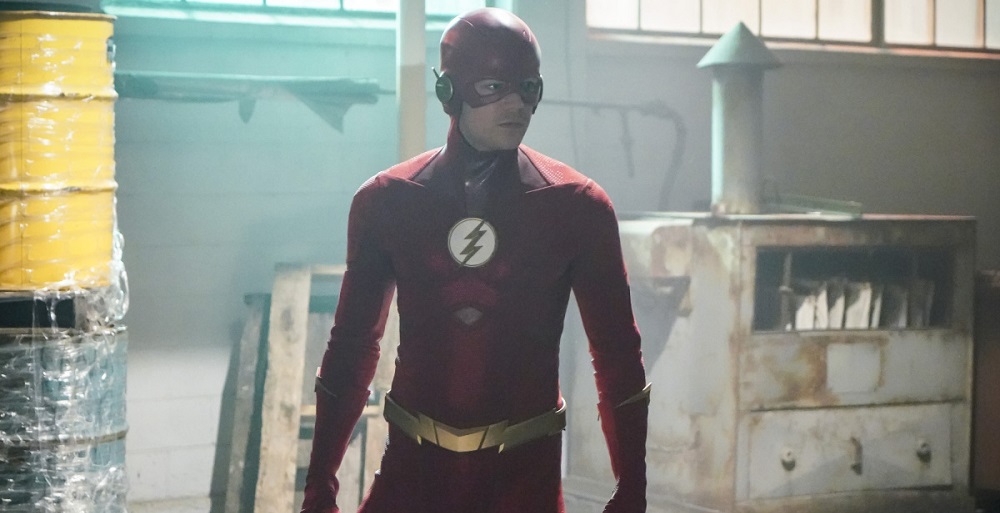 This week’s installment focused on the subject of a father’s love for his child, and the plot put Barry and Cicada very close in similarity. Orlin’s every motivation since Grace was injured has been out of a sense of helplessness and misdirected anger at metahumans not even associated with the accident. Chris Klein conveys this angst and rage through that raspy voice very well with every syllable uttered. His portrayal of Orlin Dwyer without the mask provides the substance that Cicada needs to be considered a legitimate threat by the viewer. As for Dr. Ambres, her remarks this week as opposed to her harping over what he’s doing to his body shows she’s also a solid foundation for his hatred. His very actions towards Nora create an emotional parallel in Barry. Grant’s demeanor as both Barry and The Flash has a solid edge that is evident in both word and action. Whereas Barry first tried to reason with Orlin outside the hospital the last time they fought, he threw diplomacy aside in favor of both delivering a harsh reality to the endangered metahumans and a potentially deadly beating to the man who (temporarily) crippled his daughter. This was necessary to establish to the viewer that Barry was no longer skating around the reality that he is and will be a father someday and has invested genuine love into Nora these past few months. Grant was, in turn, investing into Barry that paternal drive to protect his children, and the slow boil was the right way to go with every new fact revealed. It was only seeing Nora again on her feet that his rage finally broke, the writers and director did a great job in making that feel genuine.

The fact that emotion played a big role this week gave the empathic Cecile something to work with. More than ever she was a solid member of Team Flash this week, and Daniele portrayed her as the surrogate voice that Barry needed in the place of Joe, who is still visiting Wally in Tibet. The show has been slowly building Cecile’s relevance as a member of the family, and even bringing back a strategy from season one’s “Rogue Air” that would work now four years later was brilliant. It was through her role as D.A. that the leak was discovered in the CCPD, and it was through her metahuman abilities that Officer Jones was pinpointed as the source. It was clever on the writer’s part in bringing back a previous meta-tech victim, and doing so in a way that feels very relatable. Jones felt manipulated and violated and came to share Cicada’s viewpoint on the existence of metas as a detriment to Central City. His outburst upon apprehension was reminiscent of the kind of racial hatred that Supergirl is currently dealing with, which is needed. However, it introduced the subplot of Cecile being exposed as a metahuman herself; would she be able to keep her job if that fact was known to Captain Singh and the rest of the city? Another potential can of worms. It’s one thing for the city to place its trust in Team Flash, whose identities are concealed, but would they trust a metahuman in such a prestigious position as prosecuting D.A.? 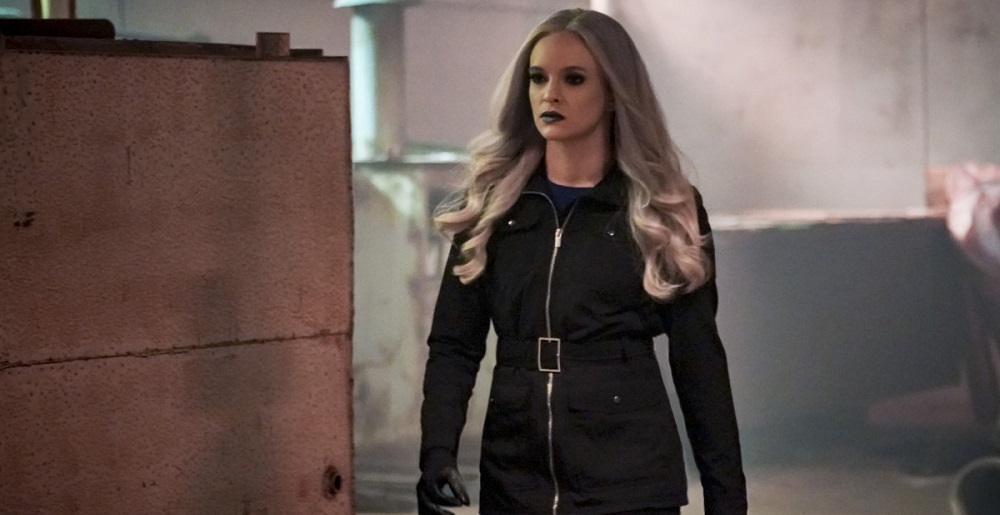 Last week, Caitlin and Cisco discussed what has kept the former Vibe out of the spotlight this week (NOTE: This is the second episode that Carlos Valdes has not appeared in during his entire run on the show). Given the hot-button debate over this, it makes sense for the writers to put Caity at odds with her chilly alter-ego, Killer Frost. Of course KF would be against the notion of a way of eliminating her from Caitlin’s life. Danielle does a great job distinguishing both sides of her character this week, Caitlin with her empathetic bedside manner and “Frosty” with her hell-if-I-care attitude.

Having Ralph be the mediator between the two was a good idea this week given how close he’s become with both sides of this woman. He pretty much fills the void left by Cisco last week. She’s one of the gang and of course she’d listen to Ralph. The face that Frost makes peace with Cait by both restoring the equations to her board and acquiring the blood sample of Cicada for the cure is growth. Especially since it’s born from hearing Norvock’s origin story and Ralph’s perspective on it. (Cool redemptive moment for ol’ snake eye, by the way)The internal discussion leading to this gift’s presentation is well thought out; hearing Danielle’s Caitlin voice set against Killer Frost’s reminds me of Willem Dafoe’s performance as Norman Osborn and The Green Goblin in 2002’s Spider-Man. While they don’t go all the way with the mirror effect, having Caity engage in a conversation with her other half with very little effects provides that same verisimilitude. Besides, having Caitlin talk to a mirror with the camera going towards the reflection for Frost’s responses and back again would have been too trippy for a sentimental moment. For her character, this week was all about self-love in the sense of accepting all parts of one self, and that’s an ongoing thing when one half of Caitlin feels like the unwanted stepchild. Keeping Frosty on that train of thought in spite of everything makes for great laughs and drama and Danielle does a fantastic job overall.

Sherloque Wells’s investigation into Nora’s journal and the secrets she’s keeping is proving fruitful, and it was time that someone noticed his pro bono lurking. Having Iris discover this and take him to task gave Candice the same opportunity Grant has this week to show the strength of the bond that her character has formed with Nora. Out of the two of them, Iris has had to make great leaps for Nora to accept the present day version of her mother in spite of her feelings towards her future version. Tom’s subtle delivery as Sherloque in a Columbo-esque manner is both fun to watch and engaging because the aloofness gives way to a genuine point. It does seem ballsy on his part to investigate a woman who presently is scared to death of whether or not she’ll walk again. That is the one time in this season I’ve seen him be almost callous in his need to solve this puzzle. It was a cool idea to have the camera zoom in on Tom’s reflection in the computer screen when he emphasized the existence of a “mastermind” based on Nora’s journal containing two sets of handwriting patterns. For those who missed the previous episode it was a great foreshadowing effect to who really sent Nora back to the present day. Tom’s cool tone of voice, reminiscent of season one Wells minus the rasp he reserves for that role now, is also a callback to that aforementioned mastermind. 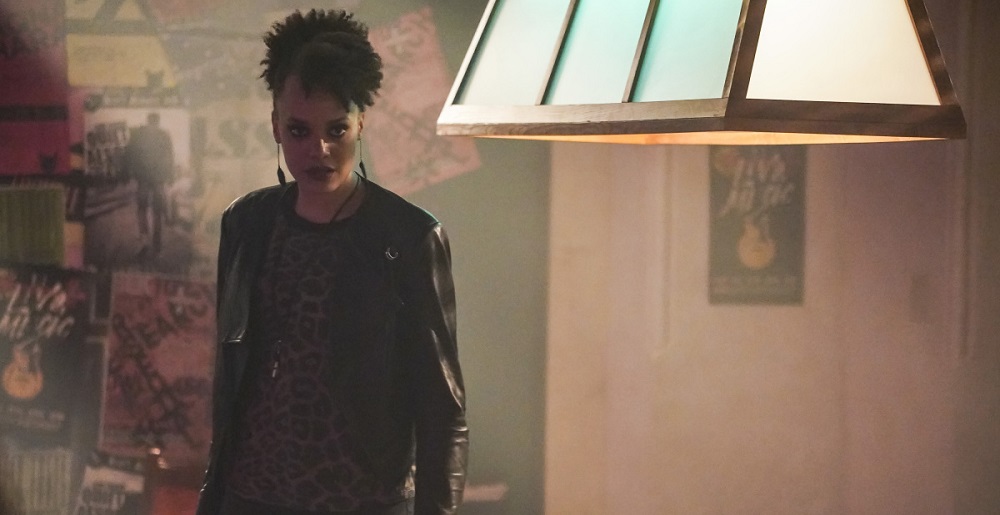 An opportunity that was missed this week is the similarity of Nora’s injury to Barry’s in season two. Zoom had broken his back in their first epic encounter, and no one, not even Iris, used that example of how he bounced back from that injury? Nora was scared to death and there was no assurance from her parents that Barry had been here before? Also, returning metahumans seem very underused in this episode. I’ve always felt that Peek-a-Boo has been mishandled in this series; her character arc in the comic as a woman who wanted to be a hero but seen as a villain would’ve gone further than this version. While she has come far from the girlfriend jilted by her ungrateful criminal boyfriend, Shawna still feels one-dimensional.

I give this a solid 4 out of 5. While not perfect, this episode had some really great moments with all parties involved and the advancement in Sherloque’s investigation. Grant got to show some grit in both dialogue and fight choreography; how much does Barry retain from his time as The Green Arrow? Danielle shines as both sides of her character and her usefulness against Cicada was perfectly demonstrated via her getting in the way of his Thor thing with the dagger. As we’re getting closer to Barry and Iris figuring out what Nora’s hiding, the writers are strengthening their bond with her. It remains to be seen, however, if the real test of that love can survive the revelation Nora is hiding in her mind.