Finally determined to solve the riddle of herself, Dora is out for blood. But Judge Gallows, the usurper, has taken precautions to protect himself. As the whole of the Dreaming trembles with the sick new power he wields, the oldest brotherly feud in existence takes a wretched turn…a blood sacrifice is made…the chrysalis cracks…and a new thing, an impossible thing, an indomitable thing, is born at last…

The tumultuous events of the current storyline finally reach their climax with this issue as Dora returns to the Dreaming to confront Judge Gallows. Dora discovers that her lost memories are ultimately unimportant to her reclaiming her power and her true self. Instead, she discovers that what is required is a sacrifice. In her case, that sacrifice is to give up the lies that tells herself. She has to admit that she isn’t completely self-sufficient and admit that she needs help.

After that, the battle with Gallows is almost anti-climactic. Where once she was crippled by the revelation that she isn’t real, she now dismisses him by declaring him not real and he immediately vanishes in a puff of smoke.

Also, the chrysalis hatches a new powerful being that isn’t fully explained yet. It calls itself “the Silk Moth”, and declares itself to be an artificial intelligence that has accidentally assumed control of the Dreaming. It also informs the denizens of the Dreaming that “it’s entirely likely that I am insane.”

This doesn’t seem to bode well for the future of the Dreaming. Gallows reign of terror has ended, but will the Silk Moth’s regime be even worse?

And in an interesting turn of events, we see the tables turned on Cain when the eternal victim Abel murders his brother. This leaves us with a number of questions: will Cain return from the dead like Abel did, or is his death permanent? And what about the mark that God placed on Cain to indicate that it was forbidden for anyone to harm him? Will God’s wrath now descend upon Abel?

There’s a lot happening this issue that’s a bit difficult for the reader to wrap their head around. The nature of Dora’s transformation is still unclear, as is the nature of the Silk Moth. I can easily imagine that some readers might come away from this issue with no clear idea of what was going on at all. Hopefully next issue will expand on and clarify the events of this issue. 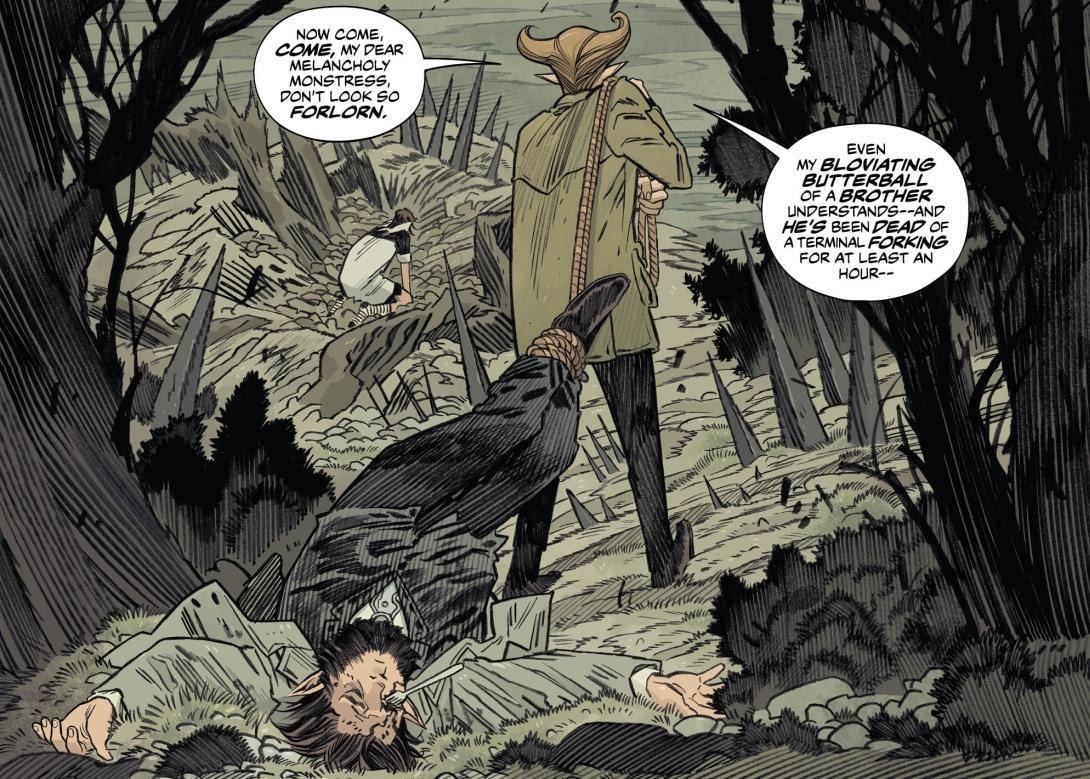 Although the setting and most of the characters of The Dreaming are familiar, the story has definitely pushed into new territory. This adds an intriguing dimension to the story. It is not just a comfortable rehash of the original series, but a new story that is free to wander in unexpected directions. Will it be as good as the original? That remains to be seen, but the potential is there for it to match and even surpass its previous iteration.

Review: Adventures Of The Super Sons #7