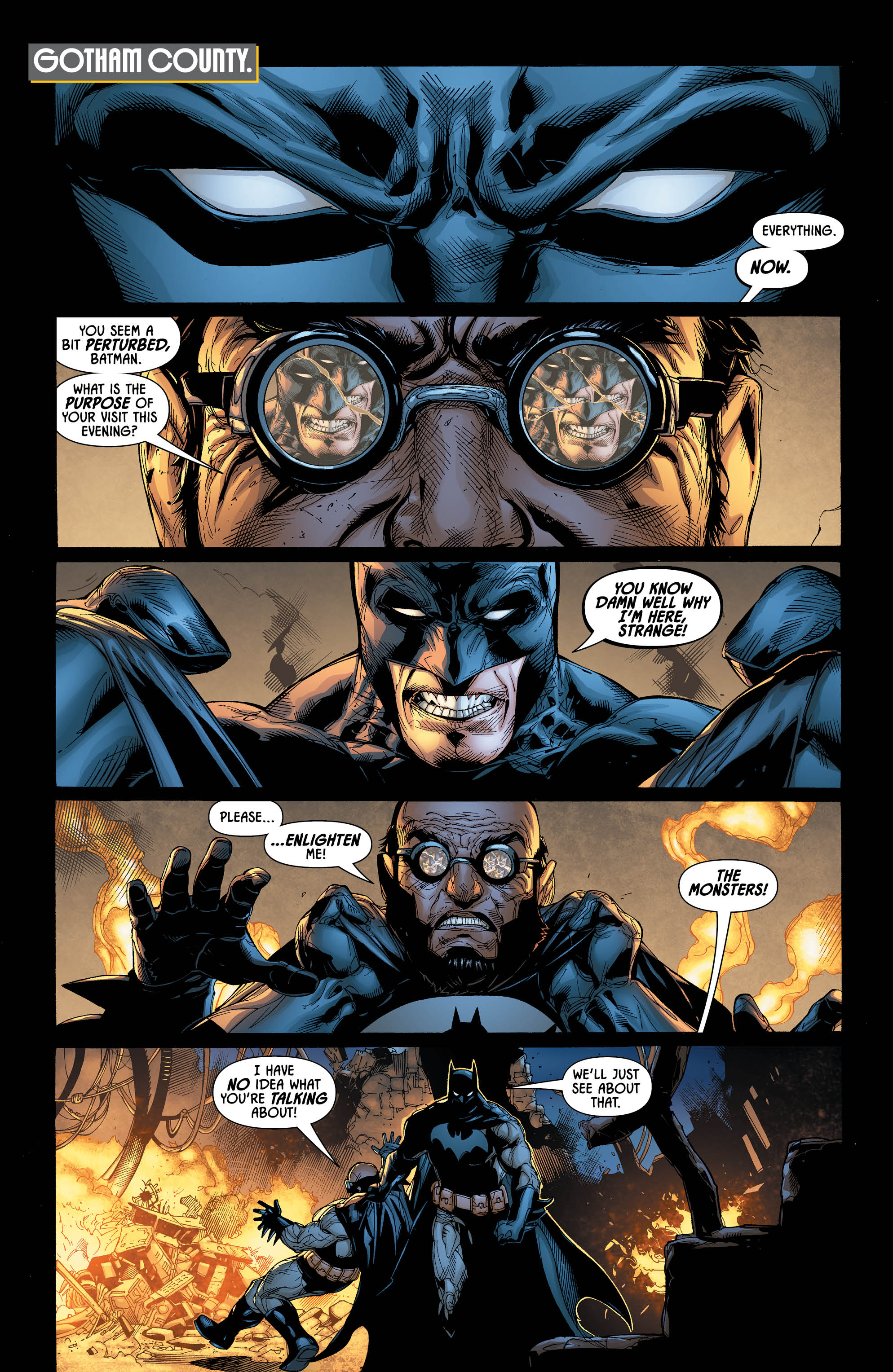 Batman arrives at Hugo Strange’s lair with the intent of getting him to confess – the shape shifting monster is right up Strange’s alley.  While Strange is able to show Batman what he IS working on, he denies any involvement in what Batman is describing.  Batman gets a call from Alfred alerting him that Jason Blood is reaching out to him.  Batman puts Strange down quickly and heads off to find Jason Blood, another of the people on his list who had helped him early in his career. 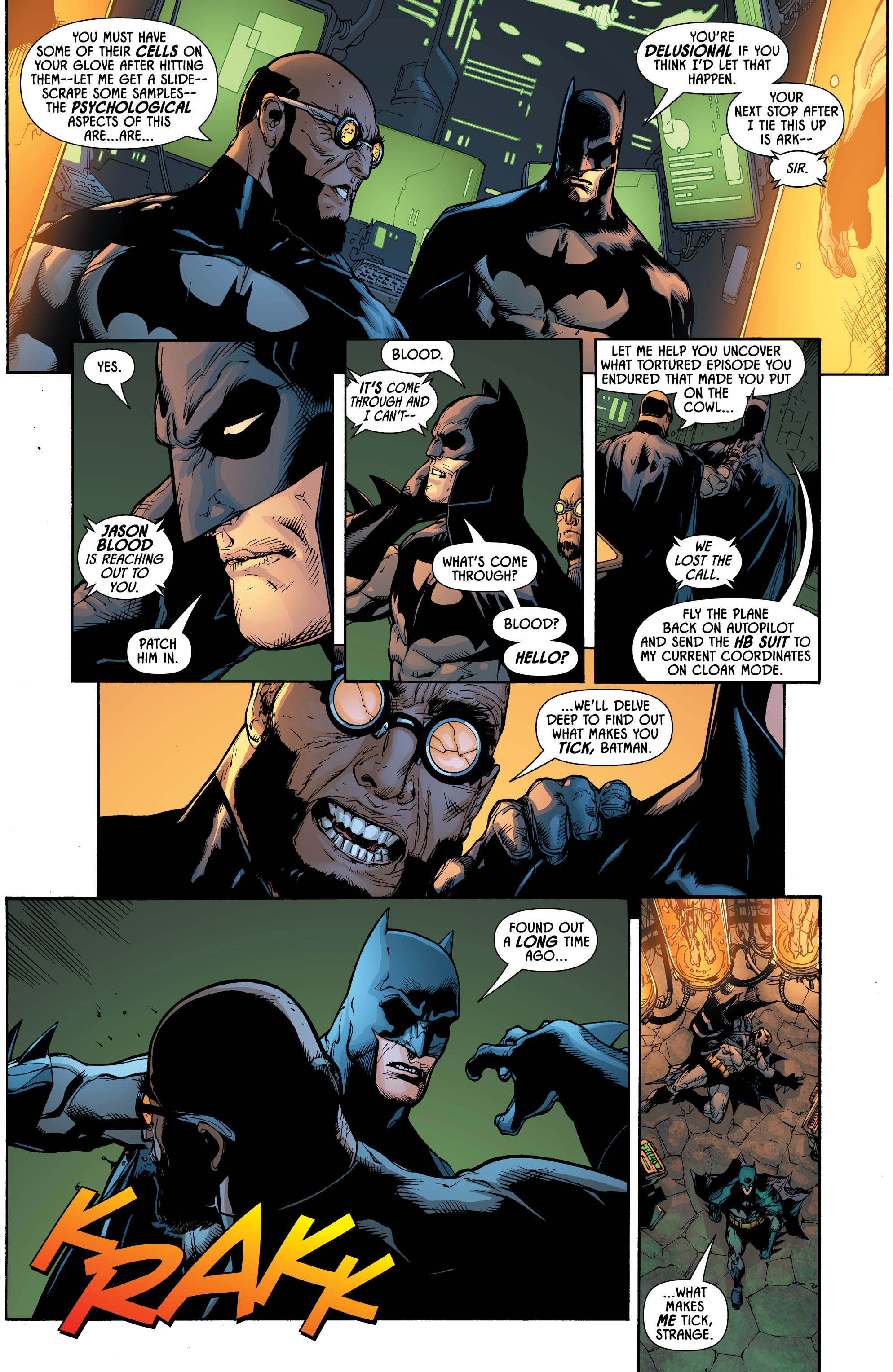 His meeting with Blood begins with an encounter with Blood’s alter-ego, Etrigan the Demon.  This leads Batman up against another creature, one who preys on one’s fears, and it’s got Etrigan in a death grip.  Batman has arrived prepared, wearing his Hellbat armor, a fairly nifty bit of equipment.  He frees Etrigan and with Blood’s help finds his next task – Silas Stone.  Apparently, Stone helped Batman with some gadgetry early on.  All isn’t quite what it seems as Silas Stone isn’t Silas Stone and Batman finds himself facing…himself as a little boy in the Bat-costume?

The Hellbat armor is pretty neat, as is the cooperation that lead its development.  The art team does a nice job of depicting the Hellbat armor in action.  Mahnke, Mendoza and Irwin are very precise, they tell the story clearly with effective expressions and gestures.  The dissolve of Stone into the boy Bat is particularly well done.  The confrontation with Hugo Strange appeals to those with a sense of history or nostalgia.  While Strange wasn’t behind the plot, Batman facing off against Hugo Strange feels appropriate for a run up to Batman’s 80th Anniversary.  The final page with the suggestion that whoever is behind the plot is looking to find the boy inside the Bat is definitely intriguing.

The Demon seemed to be a bit out-of-place and the addition of Silas Stone to Batman’s past feels like a sudden change of direction.  It seemed as if there was going to be a neat exploration of Batman’s past while exploring the earliest encounters last.  Perhaps, it will end up doing this in the end, but the change at the end seems to point to something different.  This change takes away a layer that could’ve been really effective.

It also seems there cold be a little more time spent exploring how those instrumental in helping Bruce become Batman did so.  Two issues ago, there was a little more pathos in his meeting with Ducard and it added something to the arc that the meeting with Blood and Silas Stone don’t have. 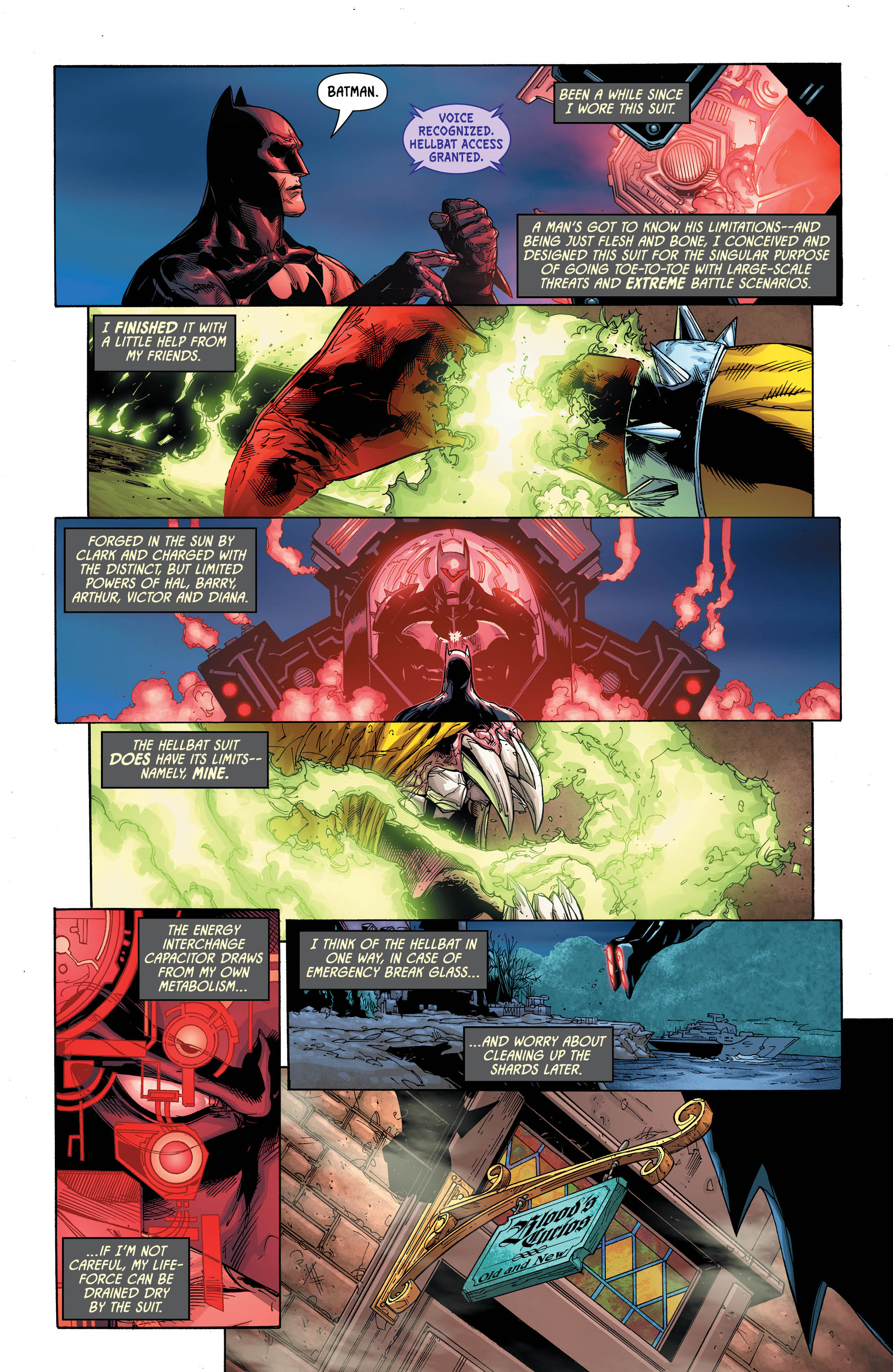 Exploring Batman’s past is a lot of fun.  Reaching back to Hugo Strange is a nice touch that connects the story with the history of the character.  What seemed to be a trip right back to Detective Comics #27 veers off this path a bit and the Demon is not a character one usually associates with core Batman characters.  Wedging Silas Stone into Batman’s origins feels a little off as it distracts from the history trip that it appeared this story would be.  Despite this the final page suggests a real confrontation between the Batman and the boy who would become the Bat which IS at the center of Batman’s narrative.