While Barry travels through the Speed Force to complete the metahuman cure, Nora is stuck in a loop as she continuously tries to avert the deaths of the members of Team Flash, but always failing to ensure everyone’s survival; Cisco goes out on a coffee date with Kamilla using bad advice from Ralph.

I remember the movie “Groundhog Day,” in which Bill Murray repeats the same day over and over without explanation and tries to find the key to proceed on to the next day. Since this is The Flash, that motif is expressed through time paradoxes and alternate timelines courtesy of inexperienced speedsters. We’ve seen Barry go through this and learn that while time is malleable, there’s no real way to control the direction the river flows. Flashpoint taught him moreso than anything else. This time, it’s Nora at bat, and what makes this episode work is the use of nostalgia and ingenuity on the part of cast and crew. 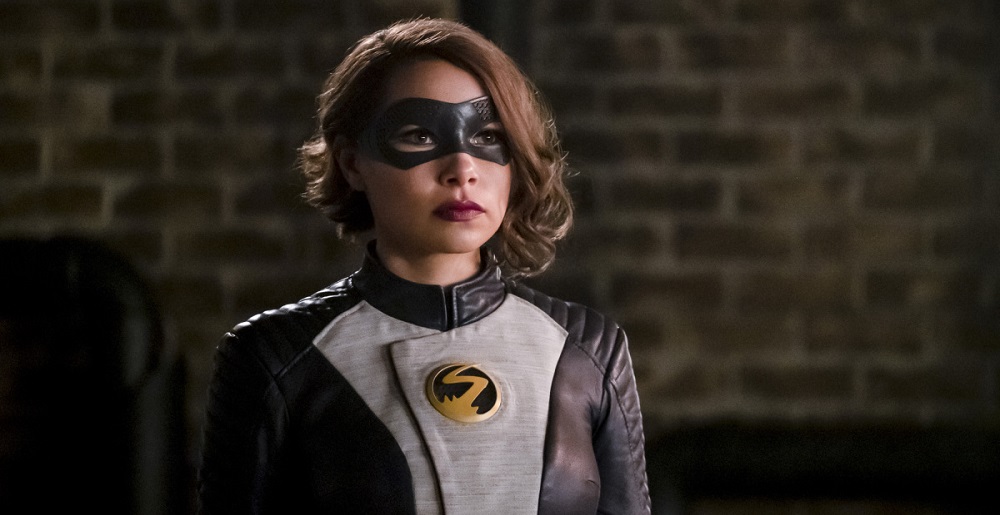 Jessica’s portrayal of Nora shines as her desperation increases to protect Team Flash from Cicada’s trap each time she fails. Up until now, we haven’t seen her ability to wind back time used at this length before. The repetition of the same opening scene works in that it serves to increase her anxiety. Not only is she given the responsibility of looking after the team, but she’s also running in her dad’s shoes regarding time travel. Cicada is coming regardless, and is going to throw that dagger Mjolnir style at someone. Smart writing having him follow the bread crumbs Iris left for him last week; it would’ve been a missed opportunity to have this guy just leave this loose end unattended to. The ominous repetition of the same lines never lose their impact regardless of which Team Flash member winds up on that roof. Candice repeating those words to Cicada for the climax and resolution was very poignant. The father-daughter chemistry between Barry and Nora continues to deepen as Barry pulls Jay Garrick’s post-Flashpoint mug-as-space-time-continuum metaphor out of mothballs and feels very natural. Book-ending this lesson with the counter argument offered by Thawne was a good way of showing the fundamental differences between the two. One is moving forward, while the other is always looking back. True reverses of one another. Even when it’s only a few minutes, Tom’s Thawne conversing with Nora are the highlights of the latter half of the season. 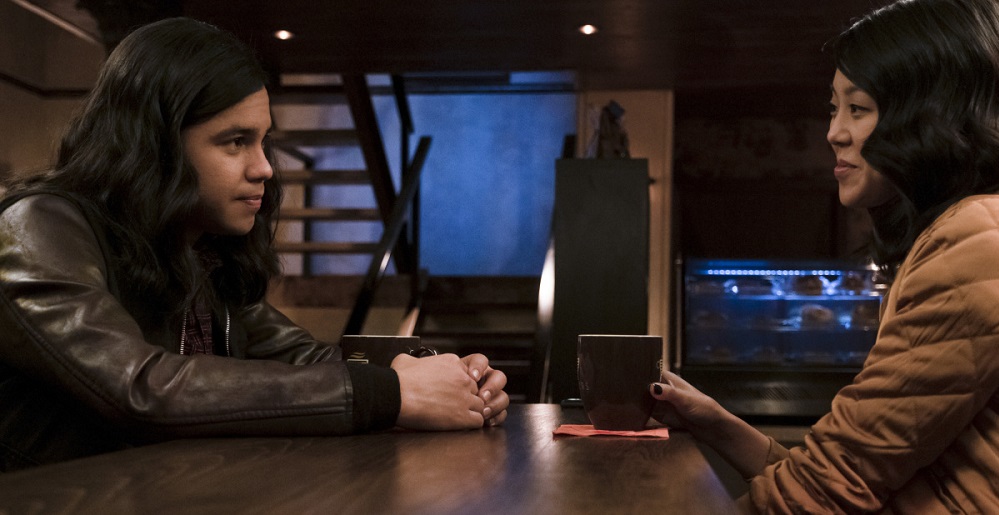 Further flashes – no pun intended – of brilliance is having the key to sorting out this Rubiks-level problem revolves around the issue of Cisco’s first date. The implementation of causality showing Cisco try a different approach in each changed timeline is creative and funny. Carlos gets to flex his comedic chops as a guy trying to get his act together and avoid rejection in all the wrong ways. This is the first scene at length we’ve seen Jessica and Carlos’s characters converse, and they have great chemistry together. Nora is very much the fanboy that Cisco was in season one and he recognizes that. His vibing the multiple timelines of Camilla’s continuous rejections, and his relating this to his first death experience involving the Reverse-Flash, touches both past and present. Besides her direct involvement in Iris’s protection, Nora is closest to Cisco this week, and it feels very natural. She looks at him as one of the fun uncles in her dad’s team. Cisco branching out from the Book of Ralph shows he’s finally finding his feet again in going with what attracted Camilla’s attention to begin with. Victoria and Carlos are great together; it’s the innocence that grabs you. Given that Carlos Valdes has already announced this will be his final season as series regular, I can see this as a possible avenue for his departure. More on this as it develops.

The only complaints this week involve the overuse of DC terminology like making 52 the magic number. Also, while it’s a strength to see how Team Flash does without him, having Barry on the sidelines is becoming too repetitive. While necessary to build Nora’s story, it may be necessary to pull back and remember the source material. Then there is the conveyance of Nora travelling back in time; understandably the Speed Force gives each speedster their signature color and style, but the SFX felt a little too 1980s. 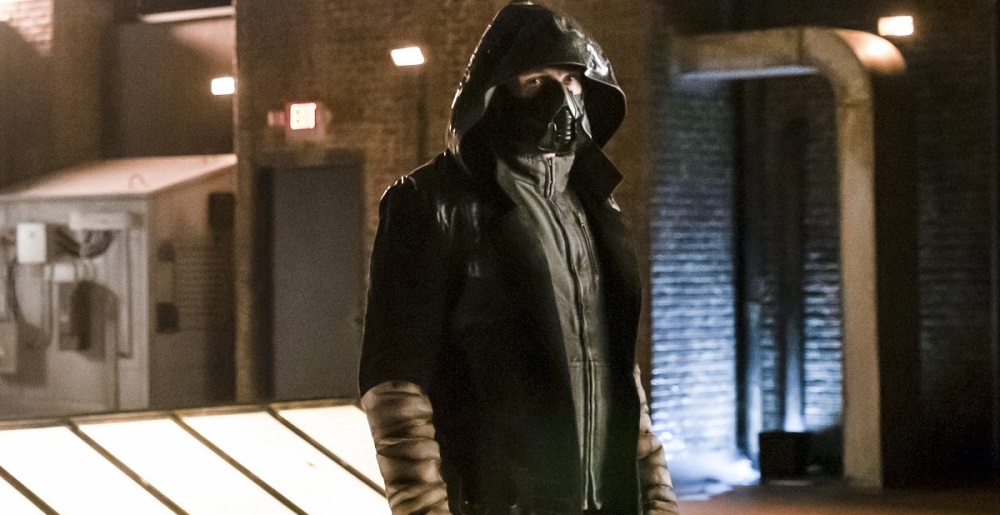 This was a brilliant and funny examination of Nora’s powers and a sense of moving forward for all parties involved. Cicada and Team Flash seem to be almost on equal footing save for the secret identity factor. Again. giving Grant some downtime more than once seems as repetitive as coming up with reasons for Joe’s absence. Jessica’s story continues to draw interest as her path becomes all the more compromised with every discreet chat with the man in yellow. Beyond that, no one on TV handles time travel like this series so it’s always a treat to see this type of story on this series.