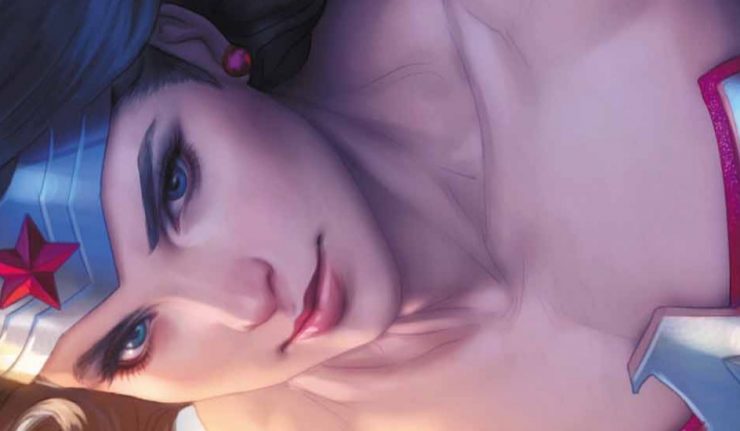 There’s a god in Veronica Cale’s basement…and it’s not happy! As the Olympian pantheon begins to be reborn around the globe, each one could become a deadly weapon in the right hands. Unfortunately for Wonder Woman, the literal god of grudges, grievances and gripes is in the clutches of her most virulent foe!

The cover by Terry Dodson and Rachel Dodson is cool. I like the horror element with a monster in the basement. The torch is a nice touch.

I don’t like the art. The faces look strange in several different places and I found that to be distracting.

The story isn’t really grabbing me yet. Maybe I am tired of the idea that superheroes are actually bad story. Wilson made that interesting in the previous story because it was in the context of a global war; that had not been explored before. Here, the idea is kind of tired. It could still go somewhere interesting but I’m not engaged right now.

I don’t care for this issue. The art is the immediate thing that put me off. I have  tough time enjoying a comic if the art doesn’t suck me in. In terms of the story, I think it’s a little dull and played out but I’m still curious to see where it goes.