After “proving” himself, the story flashes back, revealing that the Guardians have had him on a secret mission to infiltrate the Blackstars, and just when it seems like Countess Belzebeth believes him, she has a final test on Rann, kill Adam Strange! 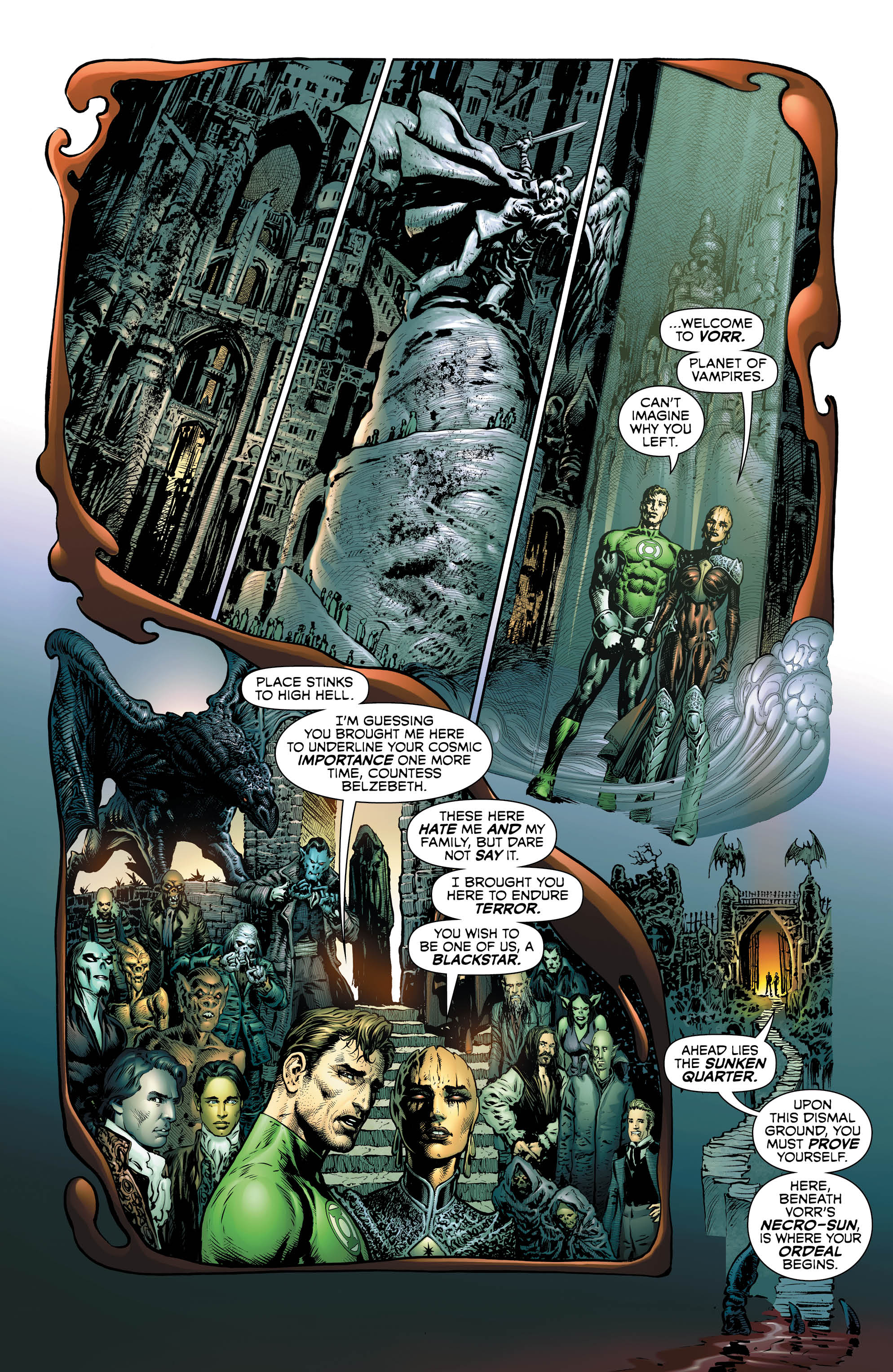 Positives
In the first couple pages, Liam Sharp’s art immediately jumps out.  It’s very atmospheric and it seems he’s adjusted his style just a bit for this horror story.  As much as he was channeling Wally Wood for his sci-fi stuff, this horror issue, definitely owes a debt to Ghastly Graham Ingles.

It’s nice to see Adam Strange pop up again in another book.  He not only appeared in last week’s Action Comics #1008, but also in reprint form in The Flash Giant #1 in the middle of February.  Hopefully, this is a sign that the character will continue to receive more attention. 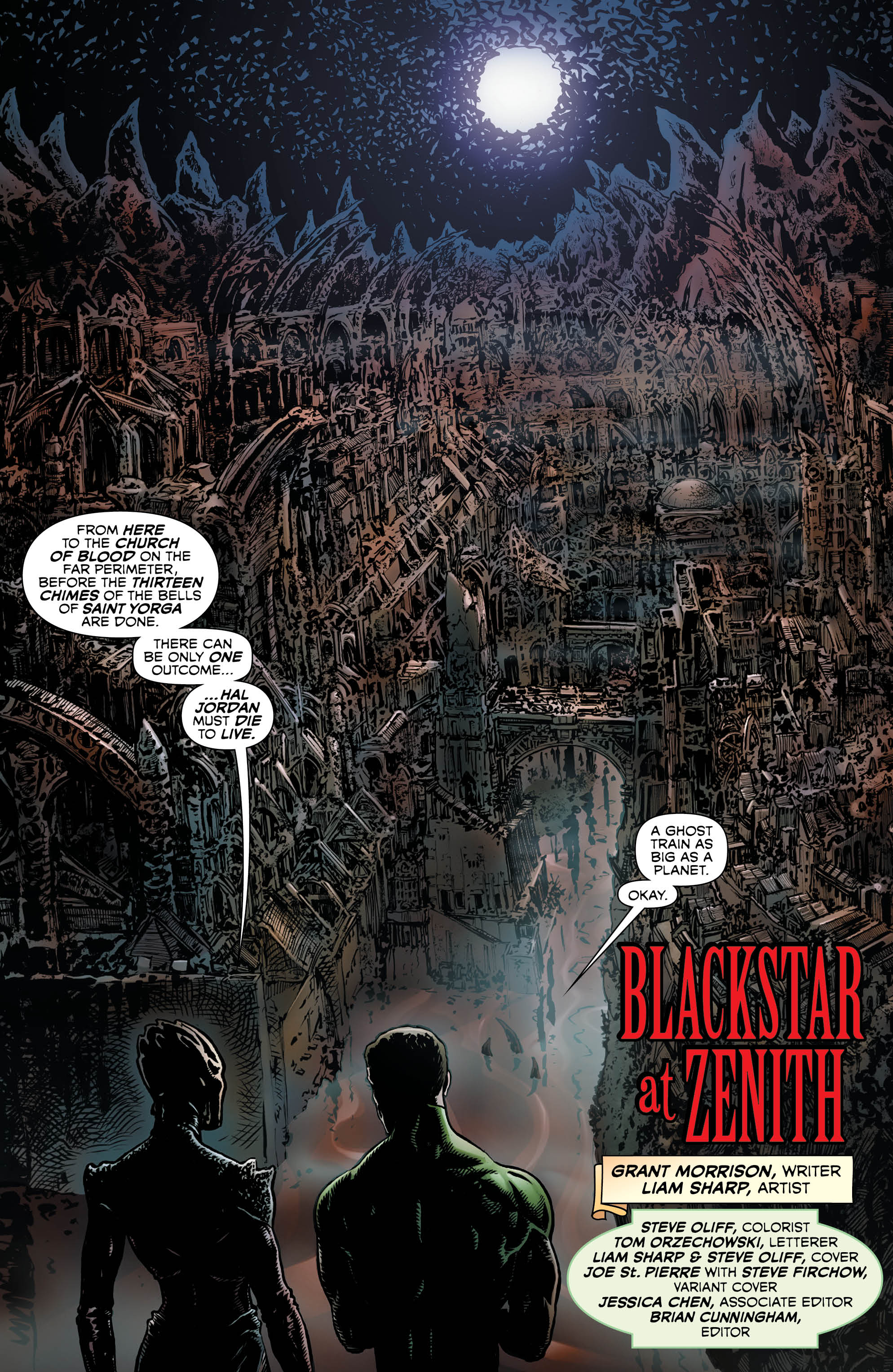 This issue also deals with Hal’s character more so than any of the previous issues.  Not only does Hal’s test to enter the Blackstars address his willpower, and his reputation as the greatest Green Lantern, but points the way to his true mettle being tested as he has to figure out a way to NOT assassinate his colleague, Adam Strange, presumably next issue.

Additionally, this issue acknowledges his time as Parallax and death and rebirth, finally placing this run in some sort of context.  While it still doesn’t follow directly from Hal Jordan and the Green Lantern Corps, it gets a bit closer.

Also, Hal’s comment about Oliver Queen, Green Arrow, killing Countess Belzebeth’s father seems to point to a larger story?  Who was her father?  Her lineage in previous issues seems to point to her being descended from a Sun Eater, which recalls The Final Night mini-series which led to Hal becoming Parallax.  Additionally, Black Star was a villain of the Seven Soldiers of Victory of which the Golden Age Green Arrow was a member.  Morrison has also written a modern Seven Soldiers incarnation and the connection is just too interesting to completely ignore. 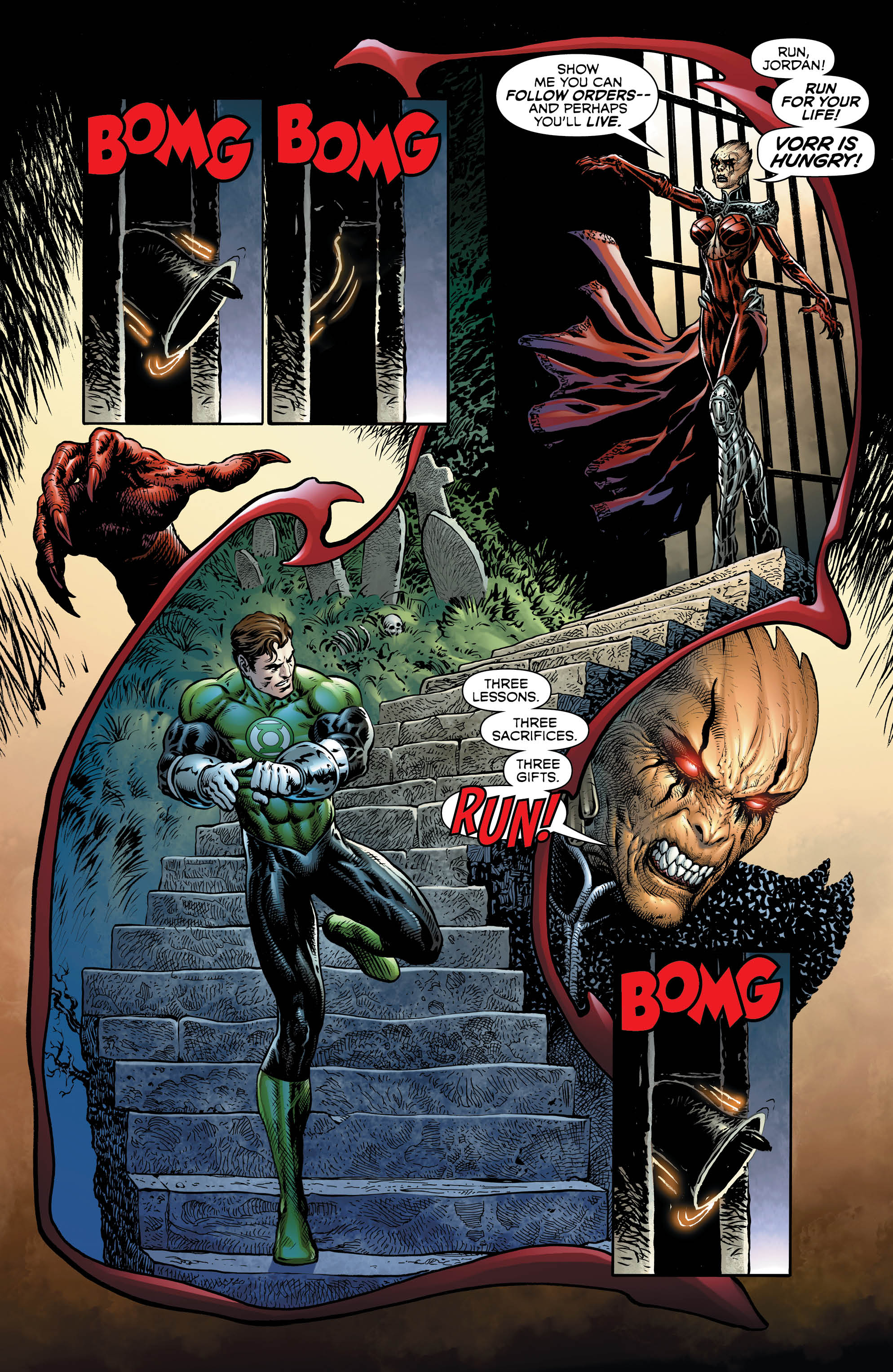 And finally, if you Google Countess Belzebeth, you will find “Elizabeth Bathory,” a notorious “real life” vampire…coincidence?  Not with Morrison.

Negatives
The only negative is the odd way in which his mission was revealed.  While mitigating some of his behavior, such as killing, which is contrary to a major theme in the previous run in Hal Jordan and the Green Lantern Corps, the reveal is somewhat awkward.  It seems there could’ve been a more organic way to cover this aspect of the plot. 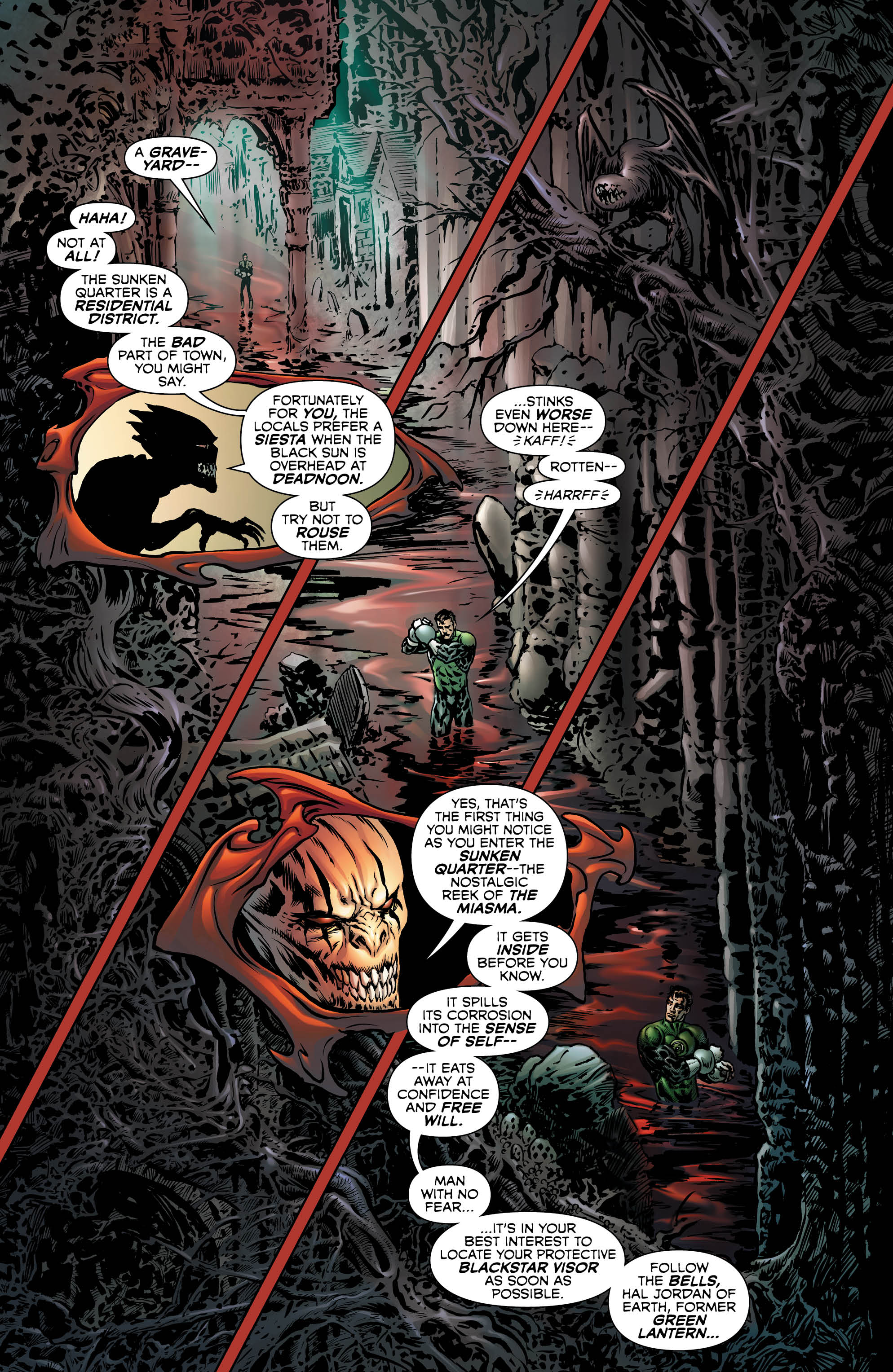 Verdict
There’s a lot to unpack, as with much of Morrison’s writing, but the  shift in genre really makes this issue stand out and it is echoed in Sharp’s artwork.  While it fits in with the run so far, the horror element adds something different to this classically sci-fi oriented concept.  Sharp and Morrison both do a fine job despite the awkward reveal by the Guardians regarding Hal’s secret mission.  Despite this, the issue finally addresses some significant character elements as Hal faces Adam Strange on the final page, with a clear payoff next issue.