The Others to Appear in Aquaman 2? 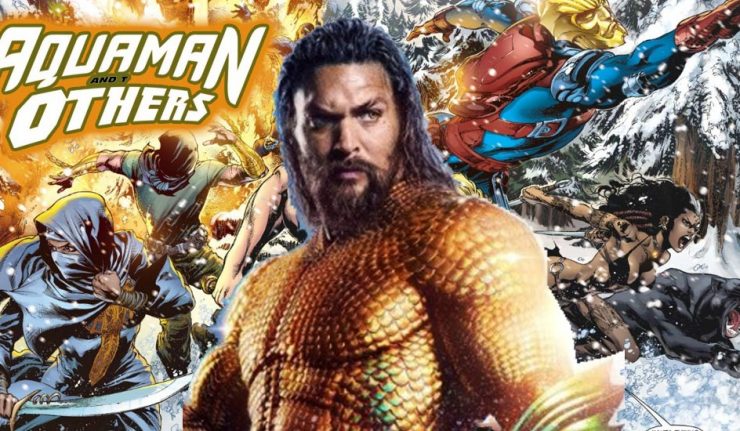 With the announcement that Aquaman 2 was in development and writers now being attached it was only a matter of time before rumors would begin as to what we could expect from the sequel.

Aquaverse took to twitter to make the claim that The Others would be appearing in the sequel.  If you don’t know, The Others were Aquaman’s first team before he joined the Justice League and even before he met Mera.

The team is comprised of Ya’Wara, The Operative, Prisoner of War, Vostok-X, Kahina, Sky and Sayeh.  In the comics, Mera has concerns over Ya’Wara, believing her and Arthur may have had a connection

It might seem too early to believe this news, especially with a Trench movie spin-off coming out first, but Aquaverse called the appearance of the Trench in Aquman 4 years prior to its release as well.

Everyone remember this tweet from 4 years before the movie came out? Stay tuned, we’re going to do it again… https://t.co/RElDoeg3mZ

If you read the comics, you’ll see it makes perfect sense to lead into The Others story line. The filmmakers have said for a while now they wanted Black Manta in a larger role for the sequel and The Others arc does just that. Aquaman initially joined up with the others in the past to hunt down Black Manta. Years later after the team disbanded, Black Manta began hunting them down. There is enough there for the storyline to have significant flashbacks while driving the current-day story arc.

The first film was based off a story by Geoff Johns and The Others first appeared during his run of Aquaman. This gives further credibility to Aquaverse’s claim. We’ll know for sure when Aquaman 2 hits theaters on December 16, 2022