It has been a long time coming in the series and it’s finally here, Cameron Monaghan is set to make his official appearance as the Joker in the finals season of the Fox series, Gotham.The series has teased Joker throughout the run of the show, but this will be the one true Clown Prince of Crime. Monaghan previously convinced viewers that the Joker had arrived when his character, Jerome, lost his face and he sewed it back on. 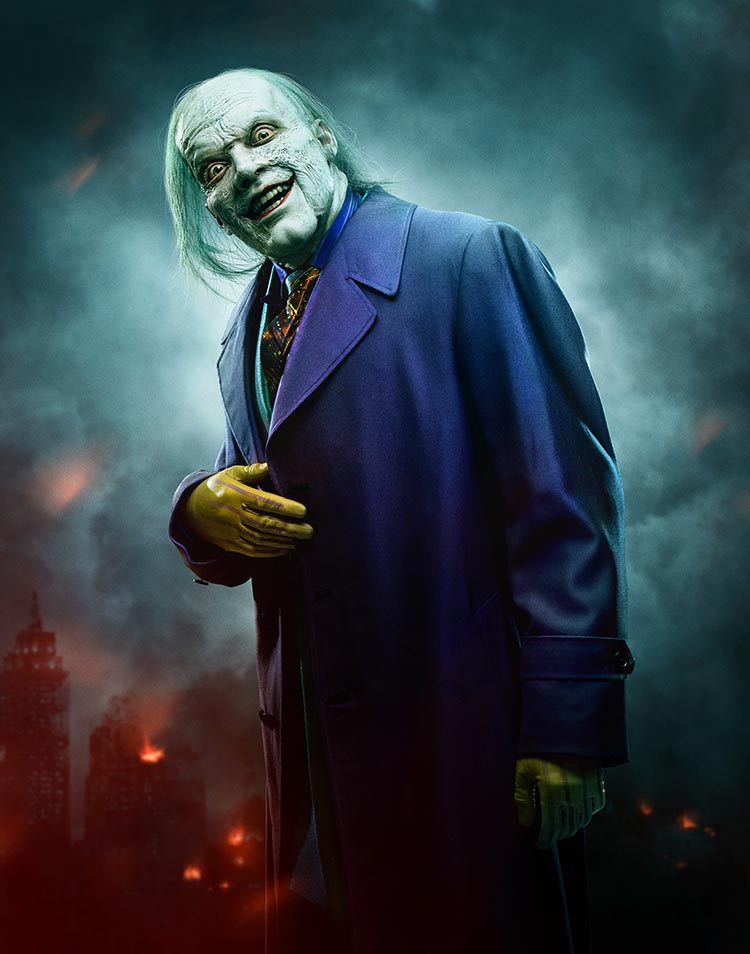 But, of course, with the reveal of the Joker comes the inevitable criticism. After great actors such as Jack Nicholson, Mark Hamill, Jared Leto and Heath Ledger have all played the character, fans everywhere have their favorite version and hold it up on a pedestal. Each time a new one is presented people are quick to look at it with a microscope. The transition from Ledger to Leto didn’t go over well with some fans since the two were so drastically different. Now with Monaghan, some fans are saying it’s too cartoony or his hair is horrible. But only time will tell if his performance wins over the audience. I for one, think it looks creepy and worth checking out. I also think it is a great counter to the other recent Joker portrayal by Joaquin Phoenix seen in the recently released trailer for The Joker. Between the two fans are bound to be satisfied.

You can check out the Gotham trailer below which reveals the Joker!